This year it will be particularly difficult for cynical players to claim that if you’ve played one Madden you’ve played them all, because Madden NFL 13 promises to be something different. Naturally, the game doesn’t stray from the core concepts that make football popular and doesn’t change anything that would compromise the game’s realism. What it does is to bring all the piece of the puzzle together in a game that recreates the atmosphere of a real football game. 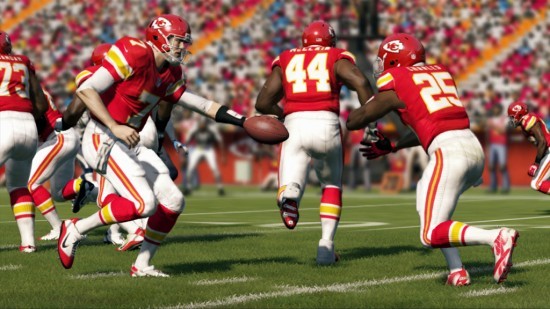 Those who argued that repetition has been hurting the Madden franchise for years will rejoice learning that EA’s Infinity Engine will turn this latest installment into a more polished football simulator. The differences are not significant at a first glance, because the benefits of this engine are more subtle and affect the small actions. The more one plays, the more likely it is for him to discover that the gameplay flows more smoothly and no game looks very similar to the other.

There is a great deal of strategy involved in any football game and seeing how EA managed to grant Madden 13 more depth by improving the game mechanics is refreshing. Helicopter hits or tumbles out of bounds are replicating the real thing and contact is depicted in a more realistic manner, not to mention that it has a significant impact on the how plays evolve. At the end of the first games veteran Madden players will feel a satisfaction that although being difficult to explain is there to stay. 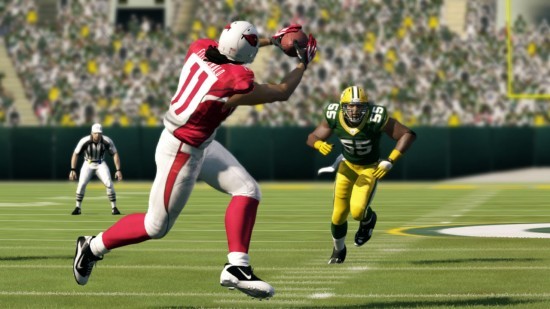 The graphics have been improved in a less dramatic fashion than the audio, but for a keen observer the differences are easy to spot. Players resemble their real-life counterparts and the way they move on the field is convincing and even inspiring during the most intense moments of the game. What is really remarkable is how Madden NFL 13 captures the atmosphere of a stadium packed with fans waiting for a decisive match to conclude.

Players will feel like they are in the stands or on the pitch, with the crowds roaring whenever some consequential action is unfolding. The commenters are spot on with their lines and Phil Simms and Jim Nantz were kind enough to lend their voices and insights to Madden NFL 13. The overall package is solid enough to exceed the expectations of fans and to consolidate the confidence of less enthusiastic players who felt betrayed by the previous titles. EA’s latest take on NFL football deserves our praise and 4 out of 5 stars, plus a warm encouragement for prospective players to watch the trailer.