As a huge fan of NBC Heroes I was looking forward to The Cape when I saw the previews of the past few months and there was no doubt it appeared to borrow heavily from the Batman as well as other Super Hero comic stereotypes.  This is partially what makes the show have potential and the simplicity of the opening episodes with direct focus are one of the reasons why the show has the potential for a bigger audience draw than Heroes.  Whereas Heroes was riddled with subplot and story arcs that often left its viewers confused as each season become more convoluted, The Cape starts off without much in the way of “sub-plots” and simply puts you face to face with a normal man with some tricks and a really cool cape and his vendetta against a corrupt organization who framed him and cost him his family and life.

I think David Lyons was a good casting choice and pulls off the charismatic role well, unlike the uber resourceful vigilante Batman who is precise and accurate in his execution, The Cape who was formerly known as Vince Faraday is in the beginning stages of becoming a super hero.  He fumbles, makes mistakes and nearly loses his life a few times as his heart is in the right place but his skills are lacking.  The bits of humor thrown into the show such as when Max Malini (played by Keith David) has a farewell speech just as he dies only to realize he wasn’t dying was a great spoof of the classic “last words” that occurs in every superhero comic practically. 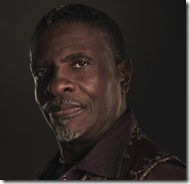 The show was in a frantic pace trying to introduce characters in the Pilot and you can get a sense of some “alternative reality” as to this world and ours, the technology is slightly different, advanced in some ways by a bit.  The Cape being bullet proof and made from “spider silk” is actually a real concept being worked on by scientists and in theory such material could be fashioned to be stronger and more durable than Kevlar, so there is some scientific reality but it isn’t in our current decade much less something that existed from so long ago. 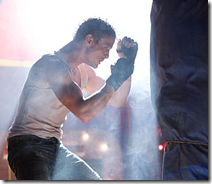 Still, I like the fantasy and comic elements, including the script which is a bit light and weak in many places.  It feels like watching a comic book, and the fact that Orwell was a type of cyber hacker girl trying to interfere with the corporation had a very “big brother” except brother was a sister and was spying on the corrupt type of feel.  I think The Cape has promise and David Keith was enjoyable to watch as the carnival leader, as was seeing the training of Vince Faraday in the ring a few times.  It was a little rushed for the pilot, but it appears it will slow a bit and allow for more character development in subsequent episodes.

I see promise and possibilities, but I am not sure if the show will be a hit or a failure.  I do know it engaged me enough to tune in at least one more week to see how it is going to play out.