Star date, 68722.5.  Replicators…. Now have become…. Portable and small enough… to carry in hand and humanity,… is in for a treat.  Thanks Captain Kirk for starting this review right, but this was actually introduced in Jean-Luc’s time, I guess he saw it when he was time travelling.  If you calculate that star date you will find that it comes up as April 4, 2015 so that’s not the future, that’s today (at least the day I wrote the article) so you don’t have to wait for this technology.  So let me give you some specs. 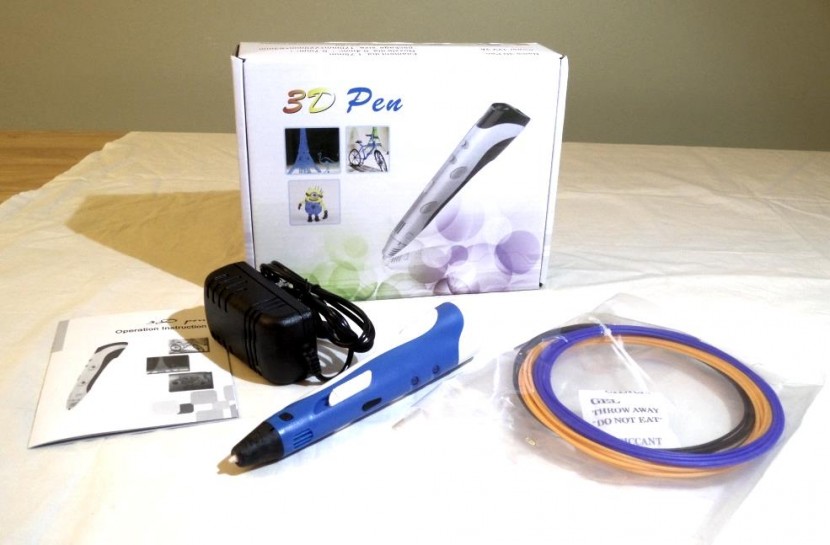 The power adapter was a mistake, might have been for one of our reviewers outside of the U.S, but nope I got it.  I had to get this, although if you ordered it in the United States you would receive the correct one. 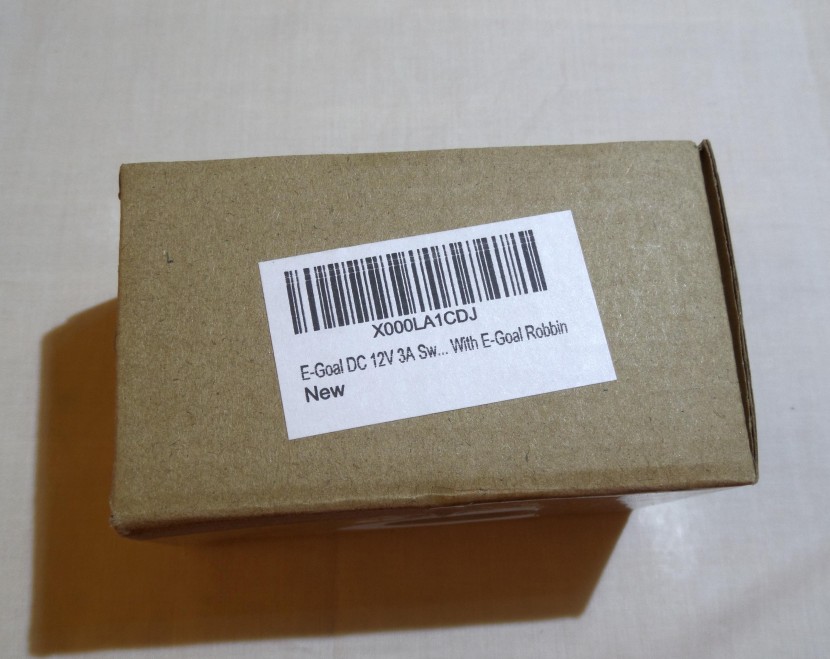 So this 3D Printer Pen looks like a simple device, it pretty much is.  If you draw something you can make it come to life right?  Well yes and no, you can draw a dog and make it jump off of the paper, but you can draw a dog and just have him sit there, but don’t draw him/her in plain old 2D, you can draw your dog in 3D and make him or her site right next to you.  That might be kind of boring, but there will be no poop or pee everywhere and he or she won’t bite things up, but I like my real dog so much more.

It has a few buttons/sliders and you need to know what they do to use it correctly, check it out. 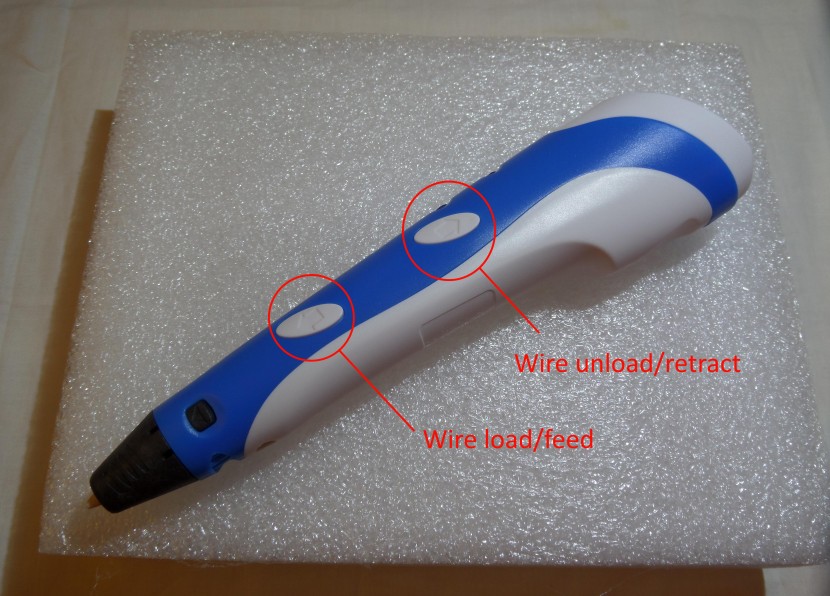 This slider allows you to control how fast the filament is fed through the pen.  Use it carefully, if you slide it too much a faster flow of filament will be fed through making it very difficult to control. 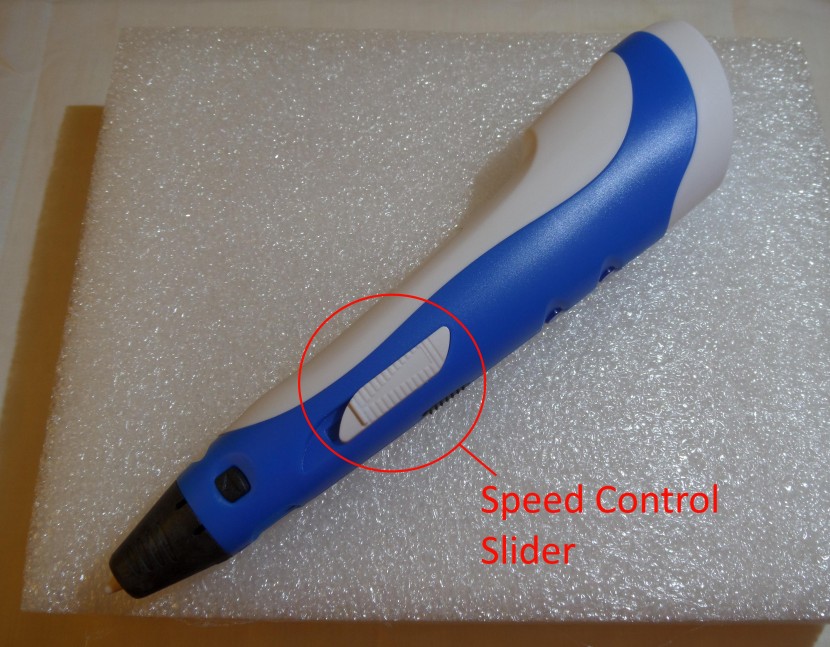 On this side of the 3D Pen shows 2 indicators, a Temperature controller and the heating nozzle.

The first indicator will turn yellow when the pen is plugged in and when in standby mode, the second will turn red when it is preheating and then after up to 2minutes will turn green when the pen is ready to use.  A very nice feature is when this pen is in not in use for 5 minutes, it will go into standby mode but will resume when you press the wire load/feed button. 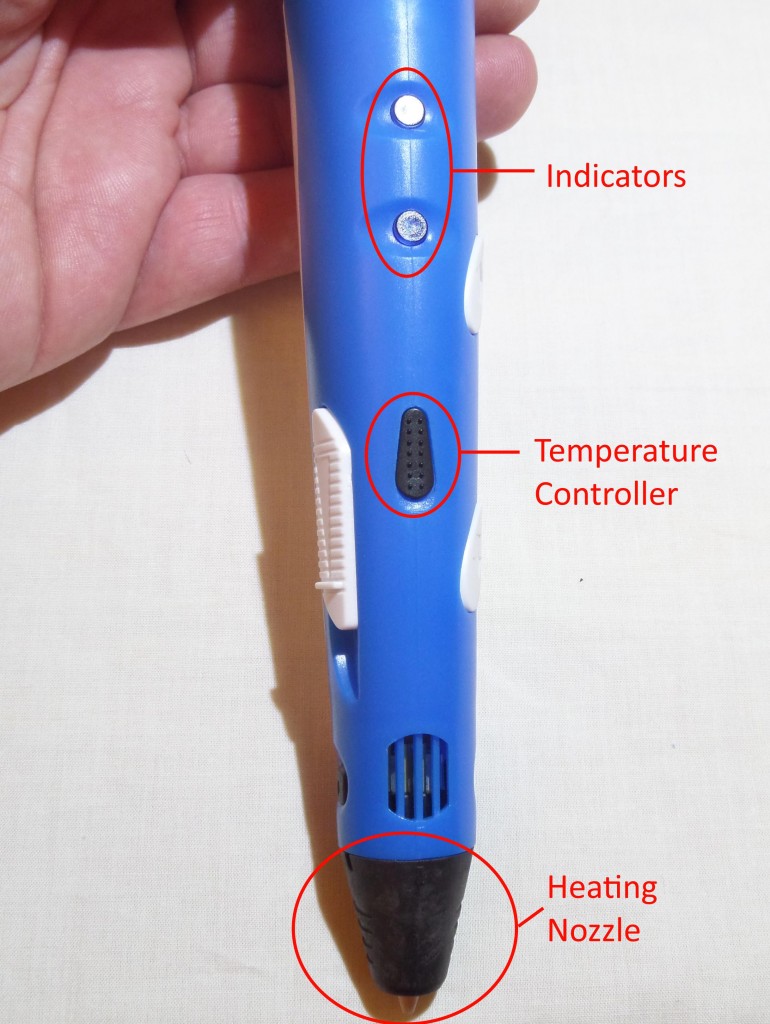 The temperature controller, hidden behind a piece of rubber controls the temperature of the heating nozzle.  I don’t think there is a need to adjust it, but not everyone will have the same needs.  Gearbest thought of it all. 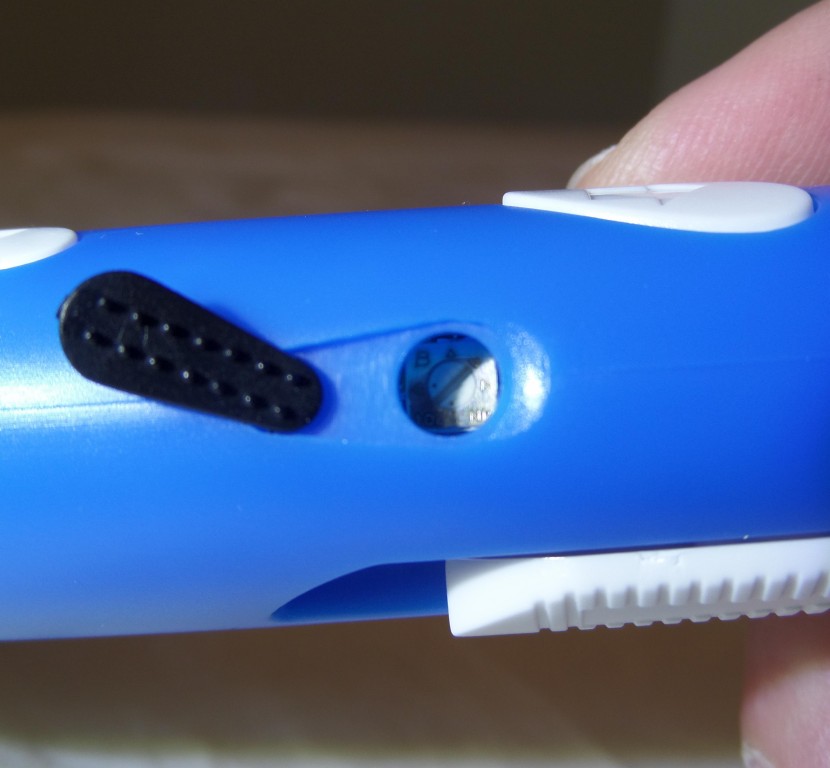 The heating nozzle is where the ABS filament comes out of.  It gets read hot, so don’t touch it,… not that I did, but don’t touch it. 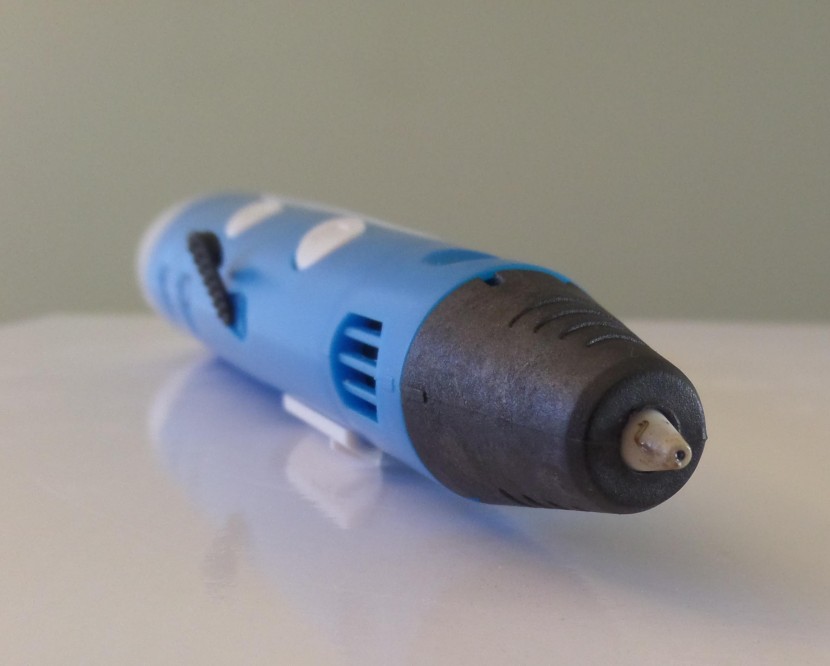 Last but not least is the top of the pen.  Here is where you load the filament and where you plug the pen in to power it. 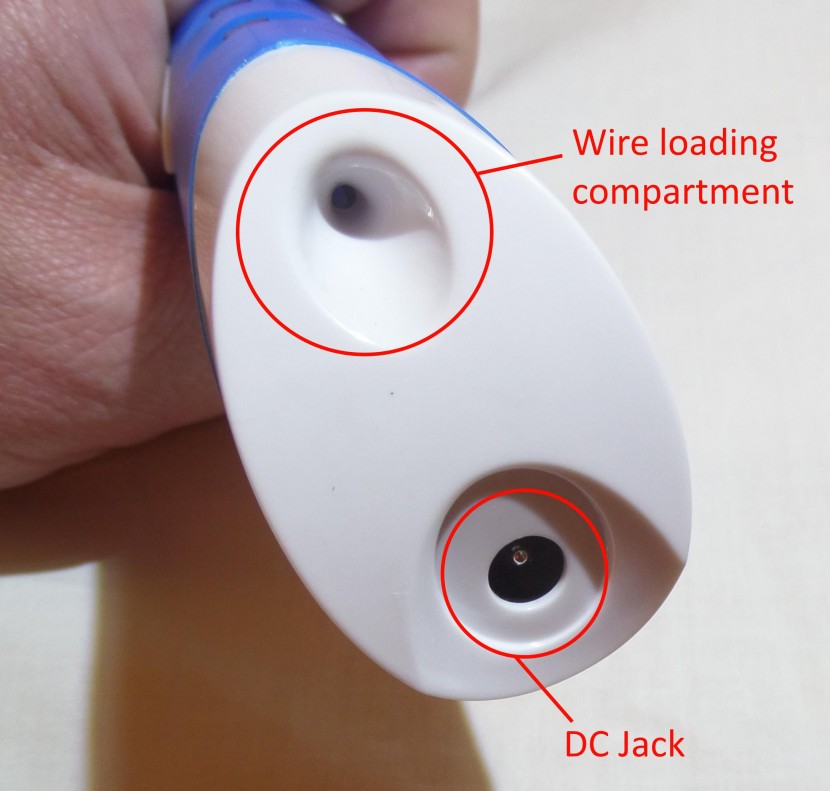 Let’s get to prepping for your first 3D Print, and walking through the very first 3D print.

That was pretty cool, making a 3D block out of thin air essentially, but you can do so much more.  Now here is my 2nd print, actually it ends up being my 2nd, 3rd and 4th.

Hair for a poor follicly challenged Lego, a purse for Fluttershy and a chain for Jabba the Hutt, we can make so many things.  The chain seemed a little more complicated, it’s only complicated if you let yourself believe it is complicated.  It was pretty easy, and with more practice you can build a better chain or even cooler accessories for all your toys and gear around the house.  The chain was in fact my 4th 3D print, you have seen everything I have printed so far but the possibilities are endless.

This 3D Pen is not only great as a standalone device, this is great for fixing prints off of a real 3D Printer.  Since they are using essentially the same filament, maybe a little thicker you can fix things that might have broken over time that you have printed on its big brother the real big expensive 3D printer.  This is great for standalone prints or as an accessory to a real 3D printer.  Remember, the biggest limitation is you and your imagination.

The first object I printed was the block which seems to be everyone’s first object.  It is a good start since it lets you get a feel for printing. 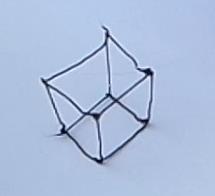 Then I gave a Lego guy with an opportunity of a life time, I printed him some hair. 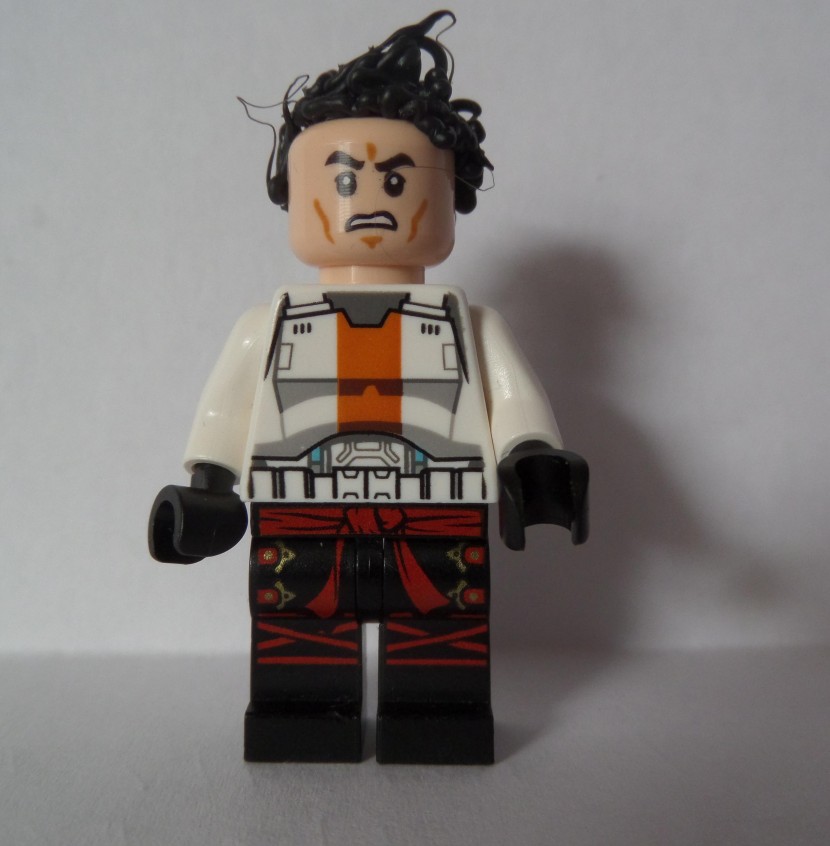 I gave Fluttershy a purse. 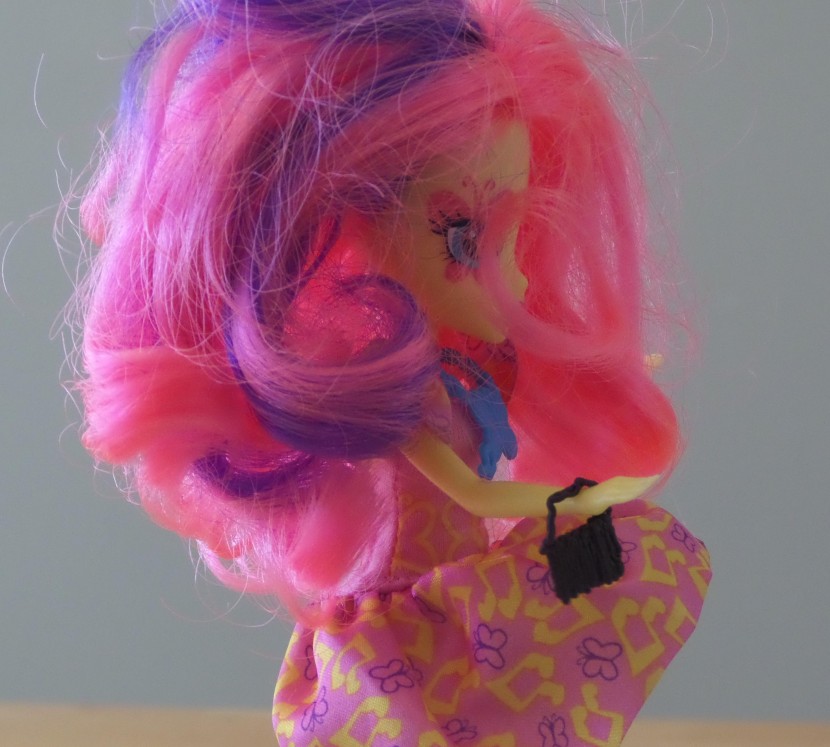 Finally, I printed up Jabba the Hutt a chain to whip some sense into his servants.  If you noticed in the video too, it was not a cheap linked up printed chain in 1 piece.  Each piece was individually printed and then joined, like a real chain would be so the chain actually moves. 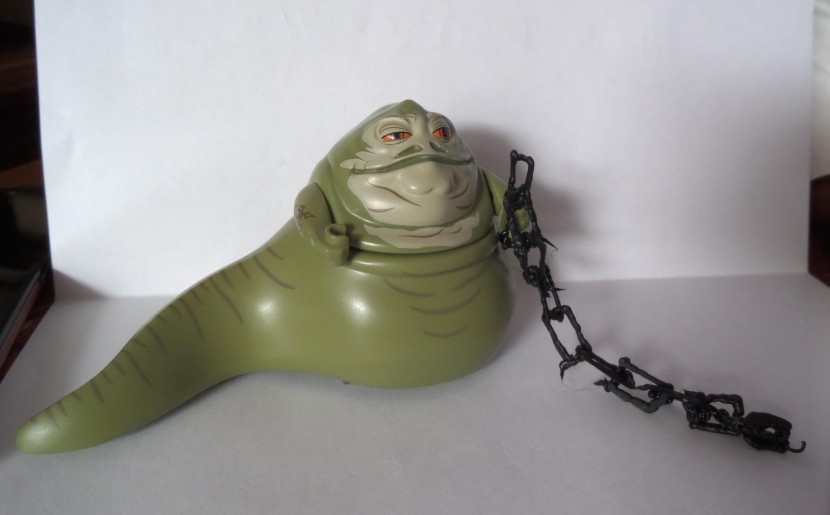 Here is everything I printed together, I bet scheming to print something up for me.  Look at them all staring at the 3D Pen, I hope they make me something nice. 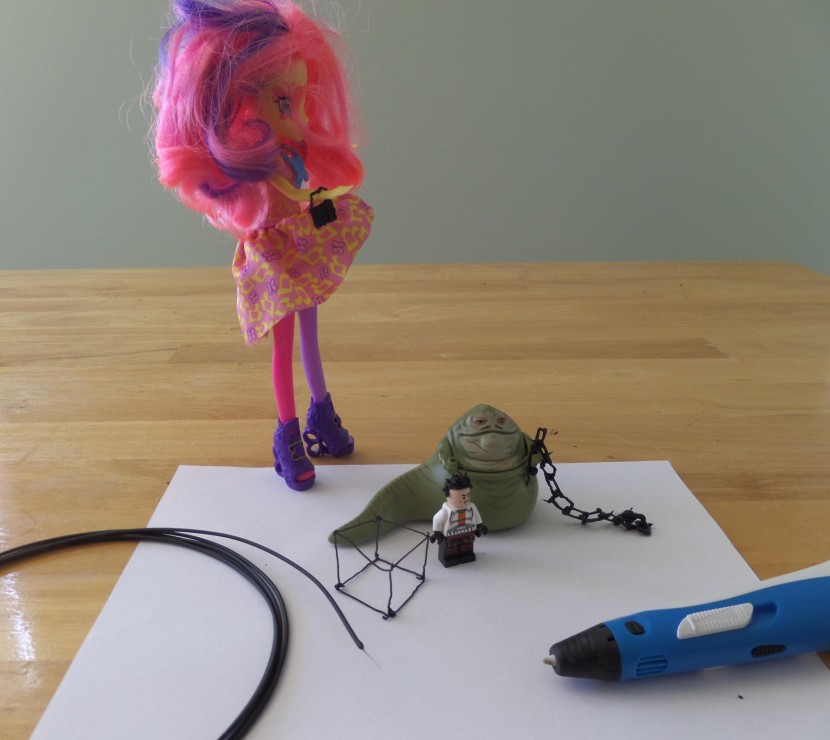 They made my dream come true; they printed me up some hair and even styled it. 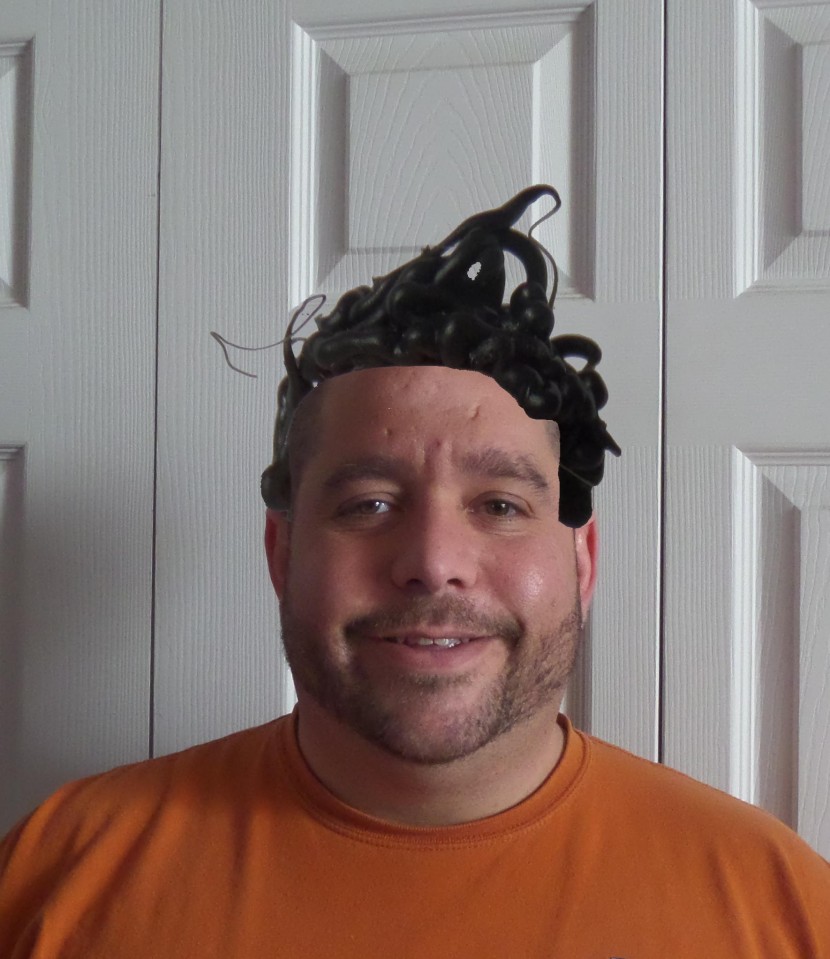 Don’t be jealous, I am sure they can print you up something nice too.

I found this pen to be pretty cool, a time and money saver on so many levels.  I wasn’t sure what to expect when I first got it but was pleasantly surprise.  I have to give this 3D pen 5 stars, very affordable, great for crafts, repairs and can even be an accessory to a full 3D Printer, there is not one bad thing I could find on this.  We may not be there 100% printing things like in Star Trek, but we are getting there.

Let me know what you guys think, if you got one, what would be the first thing you printed?