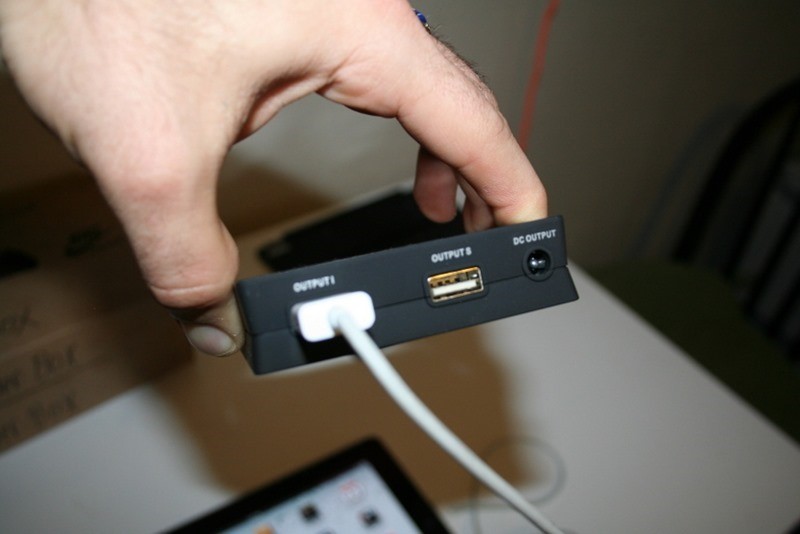 The Anker Astro Pro 14400mAh battery pack is quite a bit large compared to the smaller battery packs, but this thing packs twice nearly 50% more battery reserve than the Anker Astro 3 which was about 10000mAh.  This external battery pack is almost as wide as the iPad 2 is and about 3x as thick but it isn’t as heavy as you would think based on it’s size. 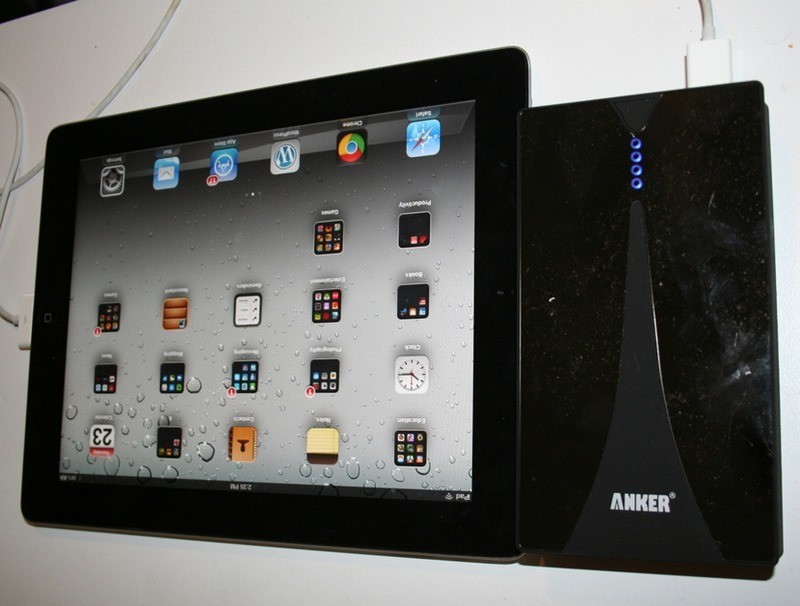 It has clear capacity lights that illuminate the top when you press the power button and this thing can charge two devices at the same time with ease.  It has an S port which was optimized for Samsung or Android devices and an I port which is optimized for iPhone / iOS devices.  Both ports can charge a tablet but only 1 tablet can be charged at a time, you can charge 2 smartphones, or 1 smartphone and 1 tablet at the same time however.

The Anker Astro Pro 14400mAh also has a DC output port and various adapters so that you can charge your camcorder, digital camera or other devices that accept 9V or 12V output for charging.  This is a nice extra touch as this one battery pack can literally charge just about every portable device you take with you when you travel and at 14,400mAh it holds a lot of charge indeed. 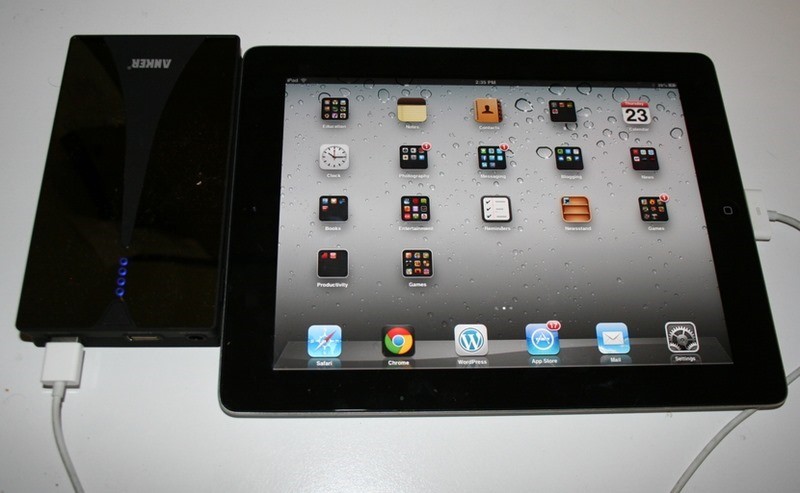 I was able to leave my iPad 2 and my iPhone charged into the device for hours and while it was left in and charging I was a passenger in a car for about 1 1/2 hours and the battery didn’t go down by more than 10% after using my iPad 2 for over an hour.  This device will keep and greatly extend your tablet usage, or help recharge your tablet.  Now it takes several hours to charge a tablet and it took about 4-5 hours to boost from 30% to 100% for my iPad 2 which was about the same as the Anker Astro 3 when I tested several times.  My iPhone 4S charged much faster and the Kindle Fire devices also charged faster as well.

If you need a powerful external battery pack, then the Anker Astro Pro 14400mAh is one you won’t regret, unless you absolutely have to have one that is much smaller in size.  As mentioned this is a pretty big battery pack and you should have an appropriate case that can store the iPad and battery pack when one is this large.