I get a few USB car chargers here and there to review for this site but it isn’t often I get one that surprises me with something new, so I decided to give a review of the Titan Taichi USB charger which was announced and shown at Computex 2013 but it isn’t available to purchase yet for the general public.

This USB Charger is the only one I have seen that has 4 USB ports and supports either 12V or 24V vehicle battery charging.  No vehicles I have access to use 24V batteries here which is not common in the U.S. so my review is strictly on the 12V setting of the charger. 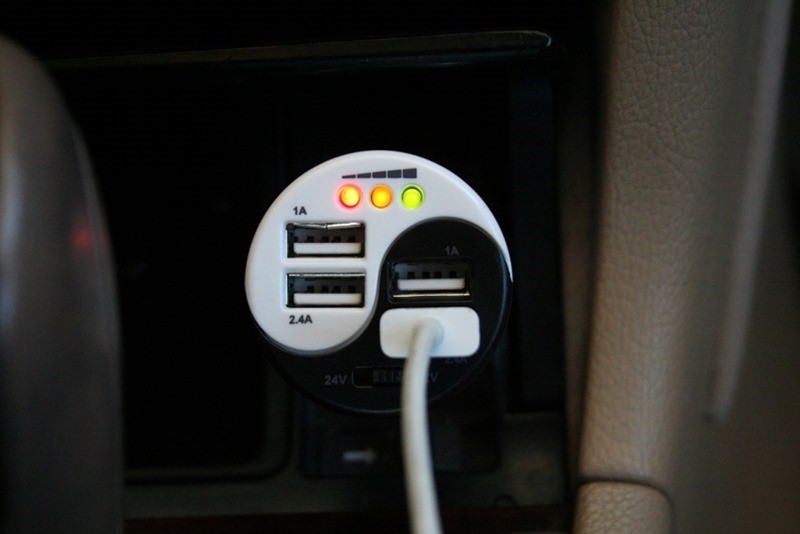 The most noticeable feature on the charger is the car battery tester LED indicator lights, which is actually a nice feature and I am surprised it doesn’t show up in other models.  This indicator will show you a general range of the output voltage your car battery is able to put out, green indicates the 12.6 – 13+ volts are being delivered indicating that your output is normal.  Yellow indicates the car battery is only able to deliver 11.8 – 12.5 Volts indicated that the car battery may be having trouble (also if you are using your USB charger while the car isn’t running you may find it only in Red/Yellow.).

Red indicator tells you that the USB charger is only getting 11.8 volts or less and if your car is running and showing red/yellow then there is a good chance there is a voltage problem with the battery or the outlet. 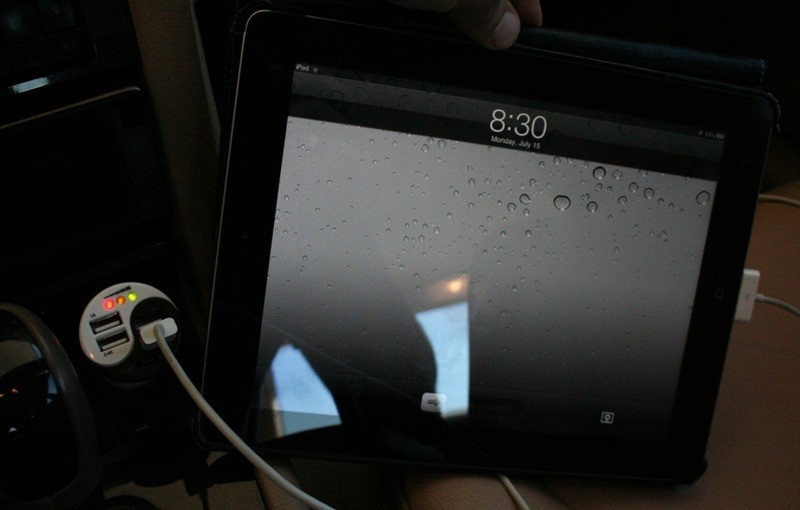 As with any charger I review, the first thing I do is hook up an iPad drained to about 30-40% and let it start charging to see how quickly it charges and note any problems with the device.  The Taichi USB charger has vents on the side which help heat flow out of the device and it doesn’t get as warm as some devices I have reviewed.

It was able to charge an iPad about 20% in 1 hour which is about normal for a mobile USB car charger.  You can have a smartphone and a tablet charging at the same time but not 2 tablets at the same time.  The top port is for 1A devices, the bottom port is for 2.4A devices. 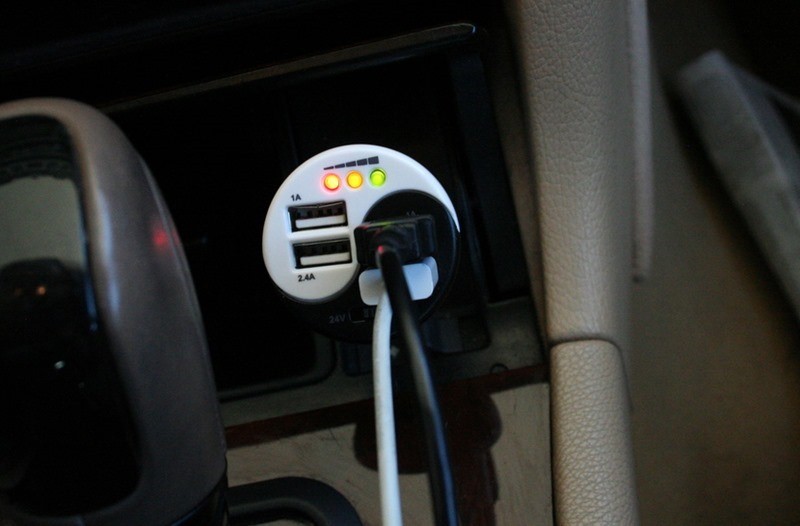 Meanwhile, it all comes down to price and as I don’t know what the price of the charger will be yet, I can tell you that the product works and does a decent job charging a tablet and phone at the same time.  It doesn’t seem to get too hot after charging devices for 3 hours straight and the LED battery light indicator is a bonus if you need a little advance warning system if your car battery is starting to go bad or voltage isn’t sufficient.

Ironically, I just had my alternator go out on one of my cars a few weeks before this review where one my car battery couldn’t get enough charge from the alternator and it took until the car nearly died for the warning light to show up on the car.  Had I had this product I wonder if I would have noticed something sooner and could have brought it in for maintenance to check which could have saved money?