Well I didn’t realize how much I would leverage this Hard Drive Docking station until I had some spare 2.5″ laptop 5400 RPM drives (512GB each) and tested them out for this review.  If you ever upgrade your primary disk to an SSD and have your older hard drive lying around with no room in your laptop, then this is your device to make good use out of your old hard drive.  UtechSmart sent me the 2.5″ USB 3.0 to eSATA Hard Drive Docking station so I could review it for performance as well as functionality.

What is a Hard Drive Docking Station?

A hard drive docking station is a device that allows you to plugin a standard 2.5″ or 3.5″ hard drive and turn it into an external drive that you can connect to your computer and use as a USB storage device.  This basically lets you turn any spare hard drive into an external hard drive without having to purchase a separate external USB hard drive.

If you have older hard drives lying around or plan on upgrading your laptop or PC hard drive with a replacement, you don’t have to waste or discard your old hard drive.  You can instead leverage the UtechSmart Hard Drive Docking station to turn your old drive into an external drive to backup your content or serve your not critical media.  Typically when you replace a laptop hard drive with an SSD drive you trade performance for capacity, this allows you to keep your files and media on your external drive while keeping your critical applications on your primary SSD drive. 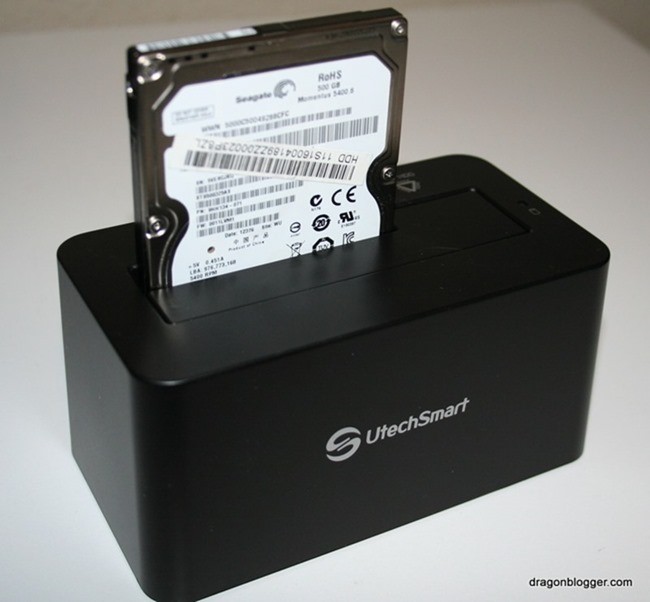 So the UtechSmart Hard Drive Docking station is very easy to setup, it comes with a power adapter and a USB cable.  You simply plugin in any compatible 2.5″ or 3.5″ hard drive and plug the device into your PC and turn it on.

Power Note:  Always power the device off before unplugging the power to it, abruptly killing power to a HDD drive can cause corruption. 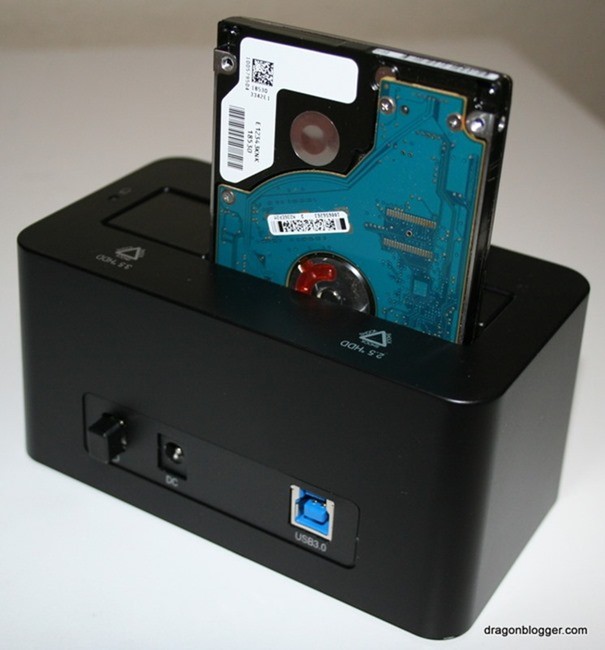 I simply plugged in an older 512GB HDD drive from my son’s old Lenovo Z575 laptop and it immediately was recognized as a storage device.  A quick format to wipe it clean and blow away the Windows 7 boot drive and I had a fully functional 421GB external storage drive.  The best thing, is I have two of them and can leverage both to back up different types of media. 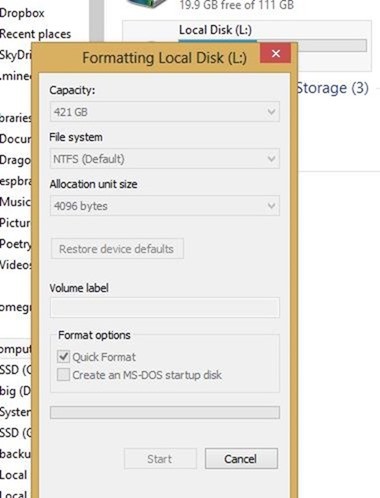 Speeds, now I decided to test write speeds for both USB 2.0 and USB  3.0 just to show and compare, and I did 2 separate tests, one with a lot of little mp3 files and one with one large 1.4GB movie file. 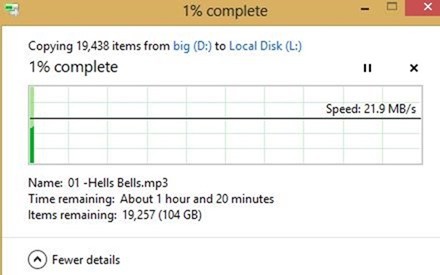 In the USB 2.0 transfer, I never really got above 22 MB/s write speeds which is actually pretty standard for USB 2.0 and not shocking.  With USB 3.0 with many smaller files I could get between 50MB/s and 60MB/s consistently about 3x the speed of the USB 2.0 but no where near the 10x speed boost the claims say you get with USB 3.0 vs USB 2.0. 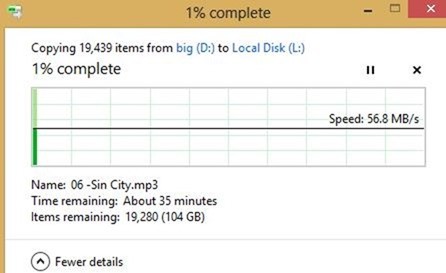 With a single large 1.4GB file I was able to get between 75MB/s and 80MB/s consistently and a full move file 1.4GB copied in 15 seconds total.  The speed is good, but a platter HDD isn’t going to be as fast as a USB 3.0 flash drive which doesn’t have the mechanical moving parts which slow down the write speeds. 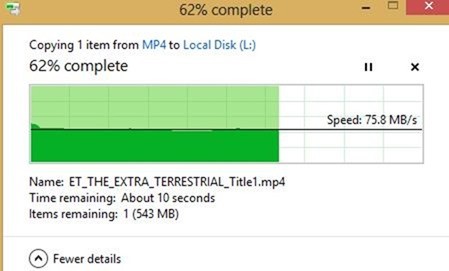 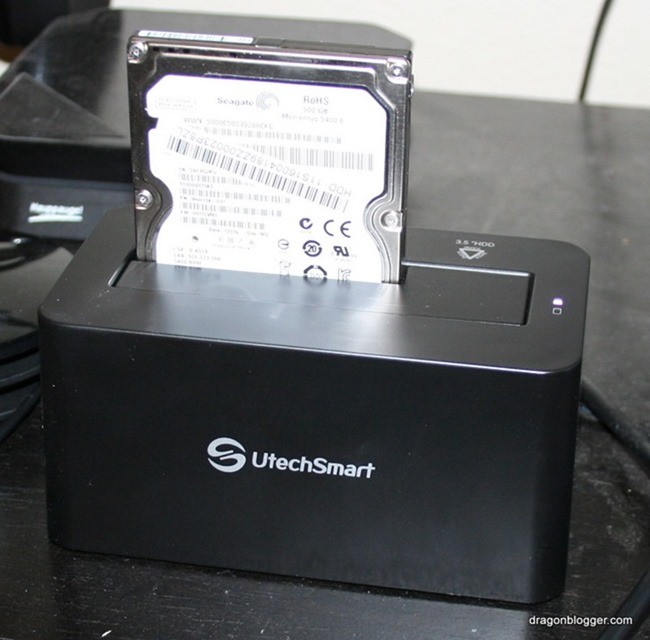 Overall the UtechSmart SATA Hard Drive Docking Station is a fantastic deal for a device under $25 (on Amazon) and if you have spare hard drives or are planning on having a spare hard drive this turns a spare drive into a quick external storage device and is highly recommended.  I would like to have tested to see if an SSD drive or even a 7200RPM HDD had faster write speeds than the 5400RPM drive but I didn’t have the spare drives.

I imagine the transfer rates would be well over 120MB/s with a Kingston HyperX SSD drive for example on the USB 3.0 port.

Influencer / Reviewers / Live Streamers - Get in Touch https://t.co/DwhaTltp6U
Do not forget to enter for your chance to win a Gigabyte G5 GD Gaming Laptop with an RTX 3050 GPU or $800 (PayPal o… https://t.co/lEWEiLGEMS - 6 hours ago