Orcs Must Die was a fine game that redefined a genre facing extinction, and now the sequel promises to add a new layer of fun to tower defense. He developers had a difficult job in exceeding expectations, due to the fact that they’ve set the bar so high with the original title. Now that the stand-alone expansion is here, we discover with satisfaction that Robot Entertainment rose to the challenge and the co-op mode has plenty of depth to keep players hooked. 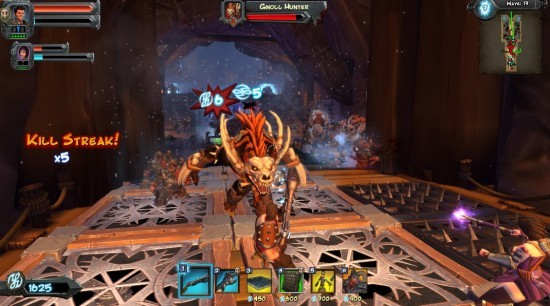 It sucks to be an orc

The orcs find strength in numbers and their innate aggressiveness makes them come back for more, regardless of what we throw at them. Unlike regular tower defense games that feel flat and uninspiring, Orcs Must Die! 2 combines traditional elements with some revolutionary ones. Reinforcing towers and setting traps is still something that players need to do each round, but there will be many occasions when the central characters will get their hands dirty and deal with the incoming waves of invaders themselves.

Our hero is the same war mage we grew to love in Orcs Must Die!, but it looks like he honed his skills meanwhile and turned into a mean killing machines. Equally adapt with using spells and guns, the war mage is literally the last line of defense against those few invaders that get past the system of traps and towers. While the combat is fun and intense, the focus is still placed on erecting impassable obstacles, because no matter how skilled a player might be, he will eventually get overrun by orcs in close combat. 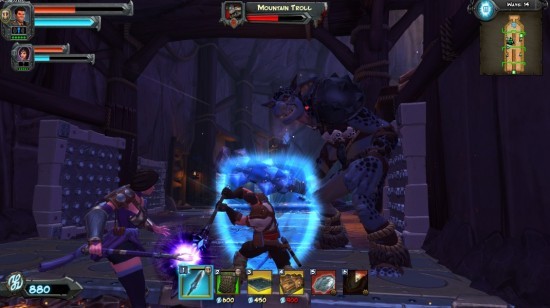 Everything is better in two

Orcs are the same mindless beasts that rush blindly to their doom wave after wave, but in Orcs Must Die! 2 they enjoy some support from other malevolent creatures. Earth elementals for instance can penetrate most of the defenses and they are just as dangerous in their true form as they are as shards. Bile bats complete the apocalyptic picture and their relentless attacks will succeed unless the player manages to erect some formidable defenses.

The sequel introduces a new player, the sorceress being an invaluable ally against increasingly powerful foes and much to their credit, the developers made co-op play very fun to play. Some levels would be downright unforgiving if played alone, but alongside a friend the challenges are easier to beat, but just as entertaining. I give Orcs Must Die! 2 the perfect score of 5 stars out of 5, and I have no second thoughts at all. If you had any doubts about Orcs Must Die! 2 you should watch the trailer and give the game a try because it is the best tower defense game out there.