I had to review the Xbox360 Kinect Motion Control system to see how well it tracked players and how it compared against the Wii Console.  I purchased the Xbox360 with Kinect 250GB bundle and an extra wireless controller plus a flat screen mount for the Kinect system. 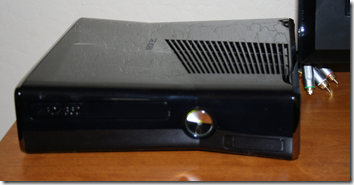 The first thing you want to do is make sure the room is positioned and laid out with enough space for an Xbox360 with a Kinect system.  You will need approximately 16 square feet of playing area at a minimum, 4′ of width, 4′ of front to back.  Think of like a big grid on your floor, and your TV must be centered in the room with enough space for the Kinect sensor to have a clear square.  This means chairs, furniture, couches…etc must be off to the side or far enough behind so as to not obstruct the sensor.  You can tune the Xbox Kinect to where it will allow you to be 2-3′ away from the sensor but you can only play single player mode if there isn’t enough space to accommodate a 2nd player standing beside you.  Remember that unlike the Wii the Xbox Kinect requires full body motion which means swinging arms, legs…etc and you need considerably more room around you and another player to take advantage of the system.

Once you have the space arrangement planned, set your Xbox 360 console next to your TV and configure your Kinect Motion Sensor.  As I didn’t have a bookshelf or any shelving at all centered around my TV, I had to buy a Kinect Flat TV mount, which lets you screw the mount into the back of your flat screen TV and has a tripod like surface on top where you mount or Kinect Sensor bar. 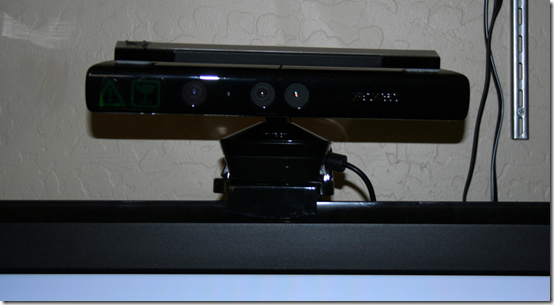 The sensor bar itself consists of a camera, microphone and other sensors to determine your location and track your movements.  In testing it was adept at recognizing a human body and shows the main wireframe points of the body very well. 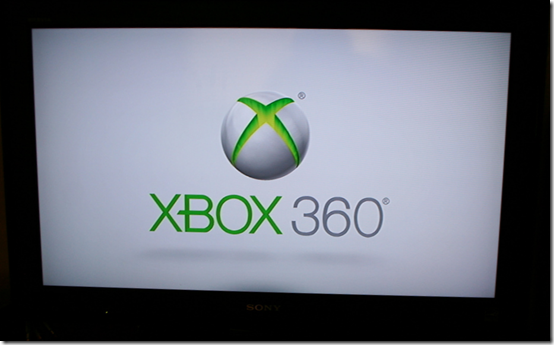 After setting up your Xbox 360 you will power it on and go through about 15 minutes of setup configuration which will involve updating the software, configuring the locale and other settings and connecting with your Internet via Ethernet cable or Wi-Fi. Setting up the Kinect takes a few extra minutes as you have to let it scan your body and the area to make sure it calibrates properly.  At anytime you can adjust the calibration manually by tilting the Kinect sensor up, down and it can be used to track depth and fine tune its “box” of vision.

The Xbox360 Kinect comes the Kinect Adventures game which shows good use on how the motion control system works, it tracks your moves very well but has Mii like avatars instead of showing your real body on the screen.  In fact one of the weaknesses of the Kinect system is that the camera is fairly low resolution and when it does take your pictures or show you the grainy picture is something out of webcams pre 2002 which is a bit annoying considering the Kinect also doubles as a video conference system between other Kinect individuals online.  You can literally have video conferences with it which is a nice little feature. 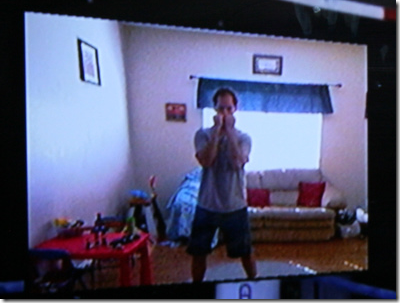 The Kinect does however shine in that it detects your entire body, playing some of the mini games in Kinect Adventures really show the capability here.  You can punch, kick or block balls with your head or torso, the detection is fantastic and there is clear depth.  Swinging your arm back to front with force will reflect how hard a ball is hit.  In one game where you have to plug leaks called 20,000 leaks you literally have to step in various locations while using your arms and head to block cracks in the glass structure your character is in.

In summary the system is astounding and really remarkable but lacks some core game titles and needs higher quality games to truly launch this technology from party gimmick to a potential future of console gaming.  I was impressed enough with the Xbox360 and Kinect system itself to say it is worth the money and can provide some great entertainment.  There is a strong lack of E+ titles for Xbox360 compared to the Nintendo Wii however and if you have little ones in the house you may have an issue with more limited titles and the Kinect having issues tracking younger kids while trying to play with an adult.  There wasn’t a problem with my 4 year old and 7 year old playing Kinect games together, but an adult and child side by side is hard to configure so it works properly.