SAN FRANCISCO, May 1, 2014 /PRNewswire/ — ROBLOX, the top-ranked brand on the internet for young, innovative game developers and online gamers, announced today that the platform’s Developer Exchange program has achieved its first ever monthly payout of $10,000.  The recipients of the money, teenagers Conor and Darragh Griffin (also known as “TheGamer101” within the ROBLOX community), and have now earned a total of $19,000 from their game development efforts since the initiative launched in October, 2013. 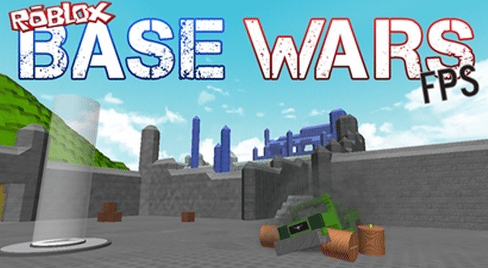 Conor and Darragh Griffin are 18-year-old twin brothers based out of Limerick, Ireland, and the creators of the immensely popular social gaming title, Sword Fighting Tournament. The multiplayer combat game pits players in a rotating selection of levels, where they battle to win tournaments and upgrade their arsenal of swords. Since debuting in October 2009, Sword Fighting Tournament has been played more than 25 million times.

“The Developer Exchange Program has made ROBLOX more than just a hobby for us,” said Conor and Darragh Griffin. “We used to just do it for fun, but the Developer Exchange Program means that all the time we have spent working on our games on ROBLOX will actually help us pay for our education. We are grateful for the opportunity to make ROBLOX a real job and are looking forward to creating more games on the platform in the future.”

ROBLOX’s Developer Exchange enables game creators to exchange virtual currency earned from their ROBLOX games for cash. To date, the program has fulfilled over 424 Developer Exchange requests, resulting in more than $175,000 in payouts to budding developers and game enthusiasts around the globe. Developers from not only the United States, but also Ireland, Sweden, Canada, the Netherlands, Australia, and Lithuania and elsewhere have used ROBLOX to create and publish some of the most popular games in today’s online marketplace. Out of the 15 million plus games created on ROBLOX’s platform, some of those mainstream titles include Murder Mystery, Skybound and Paintball! — each of which has earned millions of plays, and thousands of dollars for their creators, some of whom are as young as 14.

“Achieving this amazing milestone within just six months of launching the Developer Exchange Program is a true testament to our loyal and dedicated community of gamers and developers,” said David Baszucki, CEO of ROBLOX. “As the program and platform continues to grow and evolve over time, we will continue to empower our community to create fun and innovative games for an eager audience — and to reward them for doing so.”

ABOUT ROBLOX:
ROBLOX is the largest user-powered content site in online games and the #1 entertainment site for kids and teens (comScore) with more than 3 billion page views and 60 million total engagement hours each month. ROBLOX gives players powerful tools to make and share fantastic games. With an expanding arsenal of development features and an engaged global playerbase, ROBLOX gives players the fuel to launch into indie game development. For more information, please visit  www.roblox.com.