This week the premiere of Robot Combat League aired on SyFy and the show brings the world of robot combat to a whole new level.  Unlike previous robot combat shows, this one is very much similar to the movie Real Steel with 7-8′ tall metal robots that are controlled by two human operators.  One who controls the legs and movement of the robot, while the other has a control system that attaches to their arms that allows for real punches, blocks and arm movements to be made by the controller and robot at the same time. 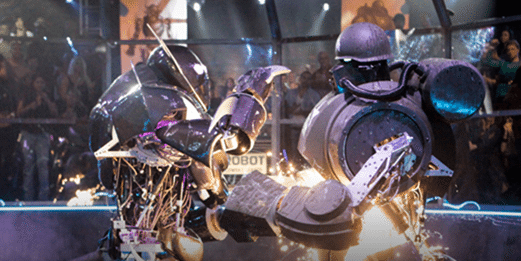 Picture the final battle in Real Steel where Hugh Jackman’s character goes into Shadow mode so Atom can copy his movements and you kind of have what Robot Combat League battles look like. 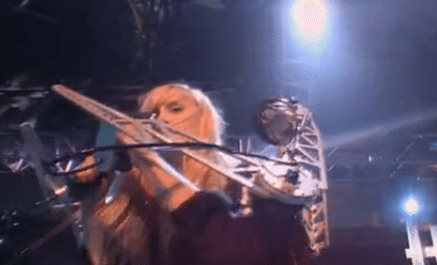 In this reality show I was hoping they focused more on how the robots were made, but the initial episode shows only the basic construction and thoughts behind the show and introduces us to the 12 teams who will control the robots that they were assigned.  They have some trial period to get used to controlling the robot and there is a trial run where they must knock a disk in the center of a dummy robot in order to determine placement.  Each of the robots has strengths and weaknesses but each one is a massive car of a vehicle that can do some serious destruction. 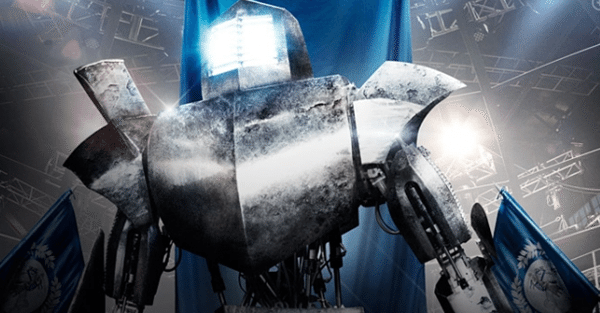 My son of course is on team Medieval who didn’t fight yet, the opening battle was between the leading team Steel Cyclone which was a shorter bot but had quite a bit of speed and came out of the gate to a strong first round. 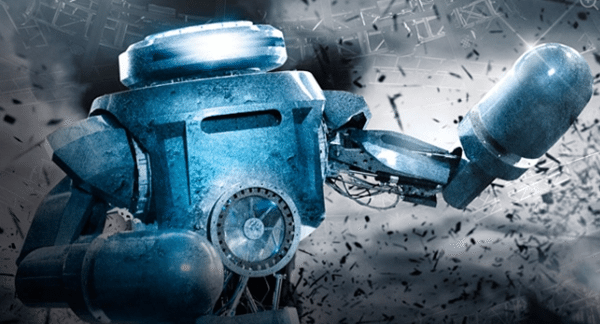 Crash however was the underdog, this was due to the pilots being the slowest at beating the initial placement challenge.  It isn’t a spoiler since SyFy has a video showing the final moments and who wins so I will just tell you that it was fun to watch the underdog come back to an unexpected win in the 2nd round. 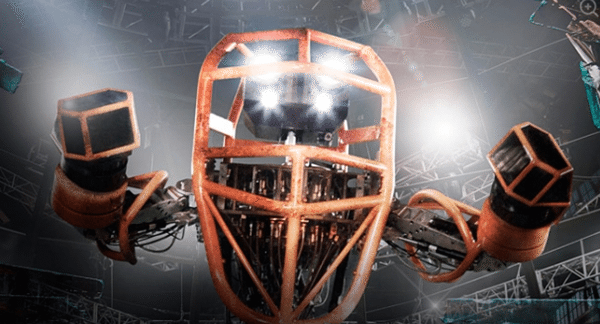 The show was actually pretty family friendly with language censored appropriately and my kids ages 6 and 9 watched the show but interest in the dialogue and background parts was waning and they wanted to see more of the robots pounding each other which was very satisfying in the final 10 minutes of the episode.  It was cool seeing the repairs being done between rounds, each team has 20 minutes to repair as much damage as possible before the next round.

My kids both immediately wanted to some day become controllers and be a part of a robot fighting league and I think this show helps promote and show how far robotics, science and technology have come along.  Granted it isn’t where robots are fully autonomous yet, they still have slower moving frames, jerky movements and they have to have a huge pole to stabilize them and prevent them from falling over while they do crude walking back and forth in the ring, but it is a world above where robotics sports technology was a decade ago and this is very close to feeling like you would image real steel being.

I personally would rather see MMA fighters use life like motion machines that battle each other rather than real humans abusing each other’s bodies myself.  So Dragon Blogger fans, did you see Robot Combat League yet, what did you think of it and whose team are you on?

Watch the highlights of the second round to see the robot carnage!