A very powerful and rugged phone is coming to the market in just a few months, this is the Aermoo M1 which will sport a 21.0MP camera and will natively support underwater shooting with 4k resolution video as well! Is it enough for a rugged phone? 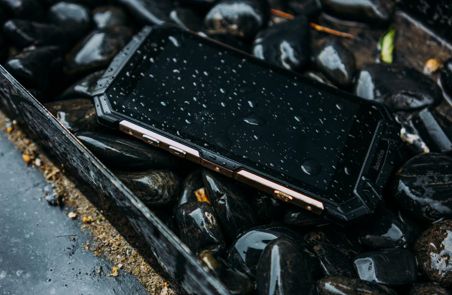 A rugged phone is one that has excellent protection from water and elements without having to buy a separate 3rd party case to protect it.  Most rugged phones skimp out on other features focusing only on how durable they are, an example is that many previous rugged phones may take 8.0MP as a point they mention, but this Aermoo M1 sacrifices nothing and Doogee answered the call to make high performance rugged phones equipping this one with a stunning 21.0MP.

How does such a small phone camera take 21MP resolution shots? The Aermoo M1 claims to apply the Sony® IMX 230 sensor, which increases the pixel numbers to the highest 210,000 pixels in one shot. The increasing in pixels directly improve image quality, with more details being captured. What’s more, the photos it took can keep high resolution even after zooming in.

That is not the end of where Aermoo wants to go with these phones however, if that’s not astonishing to you, then how about their plan to create 84.0MP high resolution photos? The high resolution photos can be achieved in the next generation model, or some limited high-end versions of Aermoo M1 if you want to take unprecedented underwater shots! 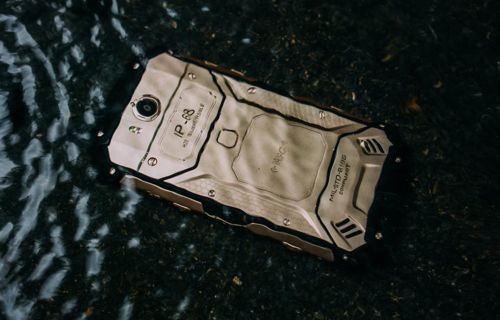 As just mentioned, the Aermoo M1 features shooting underwater, thanks to the IP68 rating it achieves. This means it can go underwater not just handle splashes or rain.  It can capture pictures and 4K videos, just like it works on the land without the need for a special 3rd party case. Some may ignore or not need this feature but it’s important to also note that Aermoo M1 supports touch with wet fingers or gloves. So many phones you can’t use the touch screen properly when your fingers are wet, but not this phone.  With this feature, you can use the phone in rainy day or underwater even.

Other camera features include PDAF (Phase detection auto focus) to make a quick focus within 0.1s, a lossless 8X zoom in, adjustable bokeh effect, beauty mode, portrait mode, built-in filters, etc. The Aermoo M1 appears to feature excellent camera specs, and we are looking forward to its sample photos and hopefully getting a unit to review ourselves.

The Aermoo M1 rugged phone released some other specs before which also seem promising. This mobile phone is powered by an octa-core CPU, 6GB of RAM and 128GB of internal storage all which will come as standard configuration. And it runs on Android 7.0 Nougat out of box and from the photos, we could say it houses a 5.0-5.5” display and leverages metallic material to make the rugged cover. The releasing day and price is not known at this time yet.

What do you think about the Aermoo M1, are you interested in this phone?  Do you have a need for a rugged phone?