This is a review of the Runme Fitband which was sent to me to review and I can tell you right now at the start of the review that this is by far the best fitband that I have reviewed in the under $50 price category right away.  In a fitness band what you want is not only a step tracker but you want a sleep tracker and a band that has a long battery life and this product delivers in almost every way.  Read on for the full review.

You get the fitband and a manual for the Heart Rate Fitness tracker which tells you to download the Veryfit Pro app from the iOS or Android app store, note that there are 3 VeryFit apps and make sure you get the “pro” one as this is the most accurate one to pair with this watch. 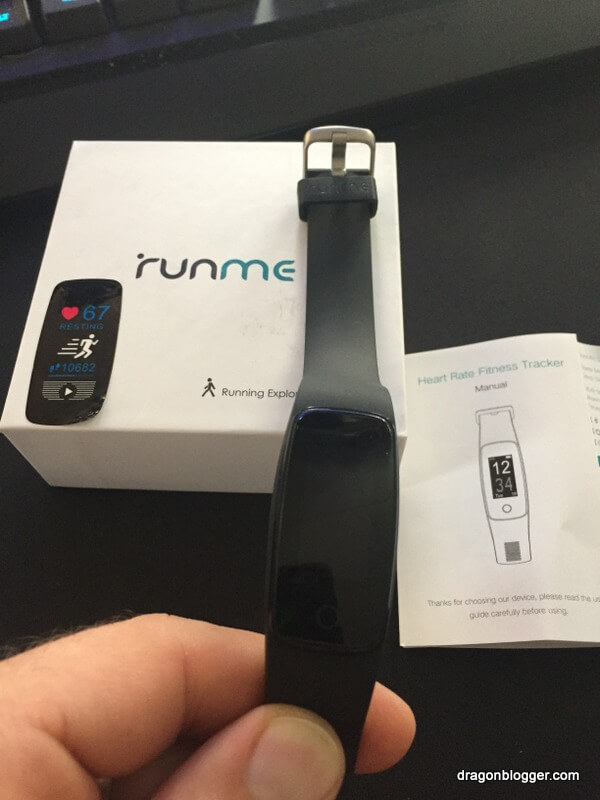 This Runme fitband has a large display and the time is very easy to read, even on the step tracker you can get the time as well.  The Runme fitband does sync with the GPS on your phone though the fitband itself does not use GPS and uses arm swings for calculating steps like most watches in the under $100 category.  This means you can be a bit off if you swing your arms while standing still, they compensate by not counting the first 10-20 steps as an adjustment but if you are very animated when talking and standing you can throw off the steps a bit.  Also in some cases while driving your arm movements can cause a few increments of steps but this usually isn’t a tremendous amount of increased false steps. 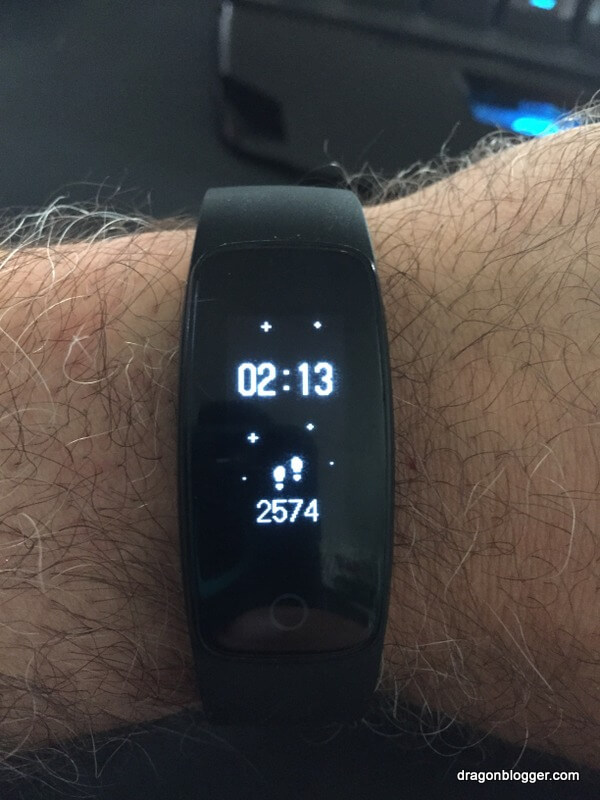 Again, I know of know fitness band under $100 that has native GPS built into the watch, they all use arm motion to determine steps so this is not something I am going to detract from the watch due to all of the other great features this watch has.  This includes the ability to log your times and record specific sessions, as well as so many other features. 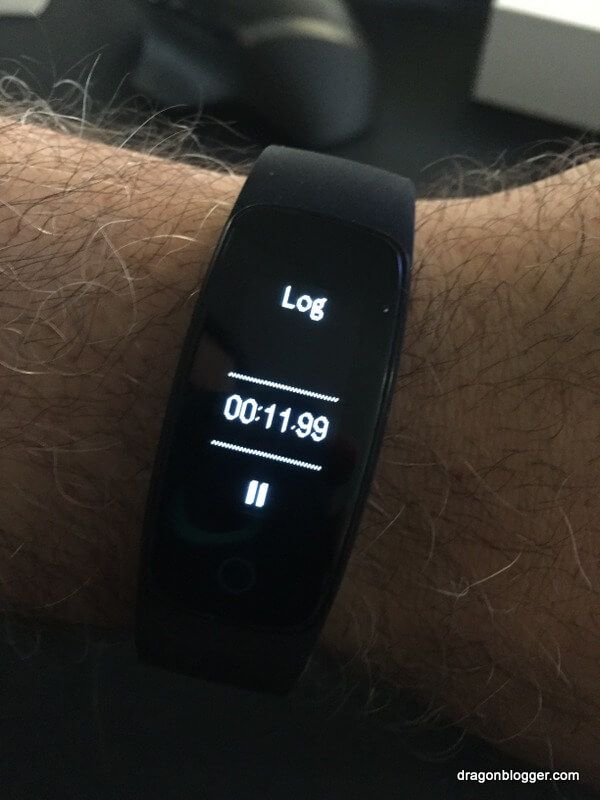 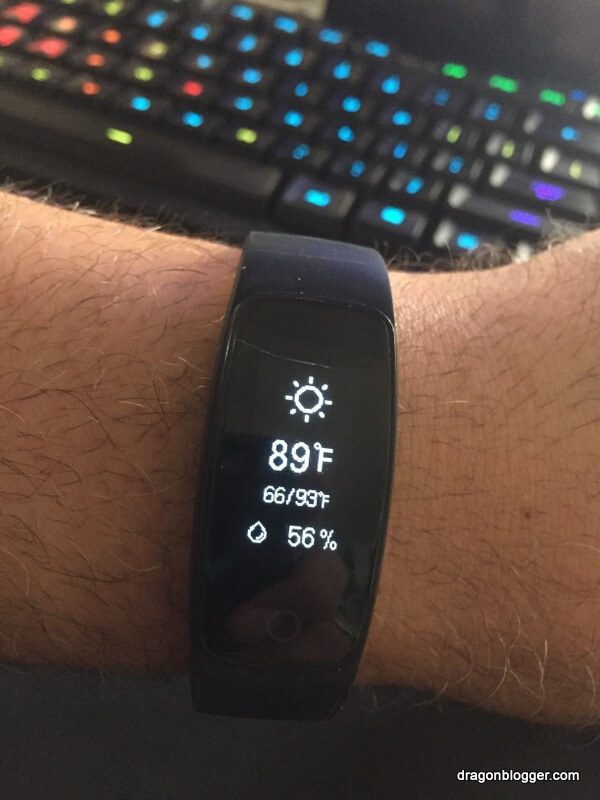 This Runme fitband also syncs with your watch to display the local weather forecast in your City, and you can convert it from Celsius default to Fahrenheit, with the Veryfit Pro app settings. 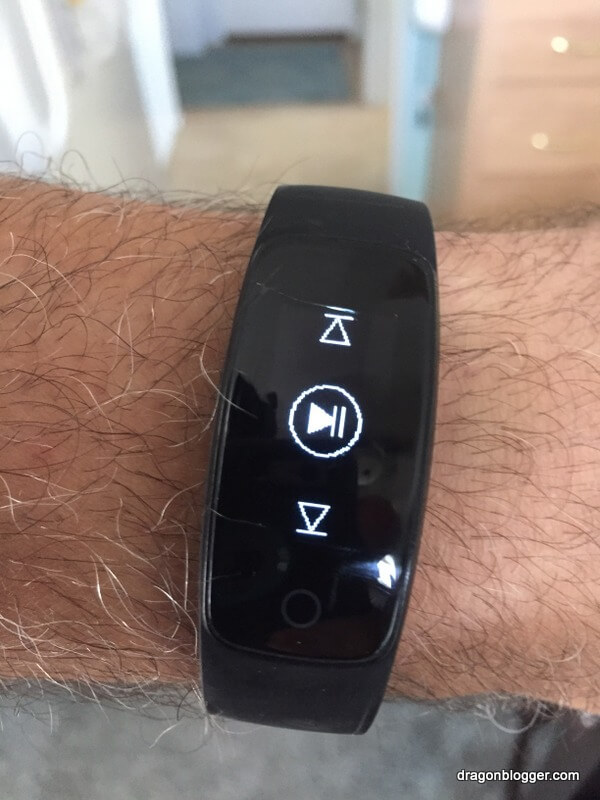 In addition to that you can set the Runme fitband to act as a Music Control box where you can play/pause or skip track forward or back. This was tested as well and works fine, this is excellent if yo use earbuds that don’t have a control box on them.  The Veryfit Pro app can be a bit finicky when tracking sleep and this isn’t a problem with the Runme fitband itself but the Veryfit pro app and lately it has been working though a previous version didn’t work.

This Runme fitband can also do constant heartrate monitoring and is very accurate even compared to a finger Pulse Ox reader that I was using to compare it against.  Most of the fitbands these days with the green sensor are pretty much dead on and even when it comes to measuring movement under the skin which is how they detect pulse rate.  The Runme fitband was pretty much on spot with the Coband when tested as well. 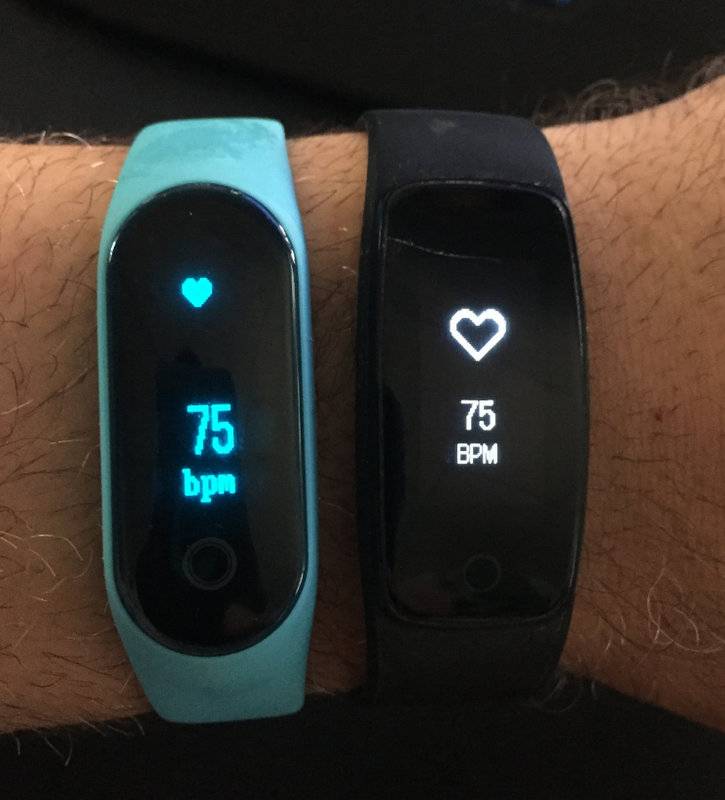 This fitband also will alert you when you get text messages, phone calls and more because it can display the message, incoming phone number and other alerts right on the watch.  The silent alarm feature is excellent for setting a time where the watch will vibrate and alert you so you can get up early in the morning without an audio alarm that can disturb your partner.  It also has sedentary reminder to remind you to get up from your chair and stretch every once in a while.

The watch also can be set to various sports modes to try to capture more accurately the activity that you are doing.  It is water resistant to a point of being splashed and rained on, I have worn this fitband into the shower about 3 dozen times and it isn’t destroyed.  I also accidentally wore it to the beach when I jumped into the waves and had it submerged only for a few seconds and it survived intact but it isn’t rated to be submerged in water so make sure you don’t take a bath with it on or go swimming with the Runme fitband on.  It should survive doing dishes, sweat, showering and being rained on without issue however.

The Runme fitband can also display the clock face vertical or horizontal but the only reason to change modes would be if you were riding a bicycle where your arms are stretched out and you want to read the time on your watch without being able to bend arm/wrist.  Battery life is about 6 days on a single charge and you simply pull the fitband out of the wrist strap and plug it into a USB port to charge, no having to deal with those ugly and inconvenient clamp chargers.  The wrist band itself is a traditional one with a tooth and holes instead of a snap on wrist band which I prefer as well because snap on wrist bands tend to get undone when I reach into my pocket to pull out my keys.

Here is the full video Review of the Runme Fitband