I tested this wireless mic with both the Seree S14-FBA and the HDV-520 camcorder and have to say it had a lot of potential and could have been better but works if you just want a single mic you can hold very close to your mouth. 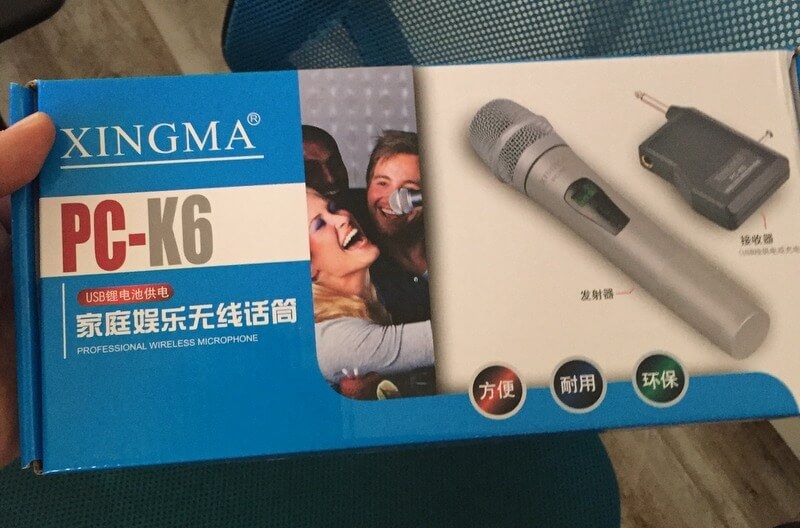 The FM band gives you range but does unfortunately lower the quality of the audio giving a buzzing/fuzzy sound to your voice. The mic itself has a long battery life and when held close to your mouth has a drastically louder mic than using the built in mic on the camcorder. The mic however is designed to pick up noise very close to it, it doesn’t pick up sound very well even when 2 feet away from your mouth, so while I would have wanted to use this mic to hold in front of someone I was interviewing, I would have to hold it too close to their mouth to make it effective this way. They would have to hold it and literally have their face inches away from the mic for it to pick up the sound well from their voice. 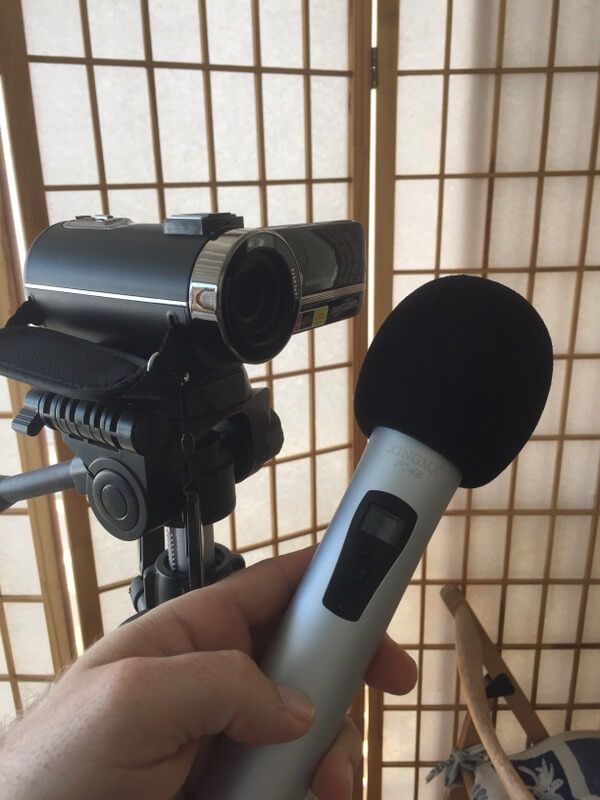 To use the mic you plug in the base to the back of your Sereee camcorder and extend the antenna.  This is fairly bulky and if you weren’t using a tripod and wanted to have a camera man may be prone to falling out or being bumped. 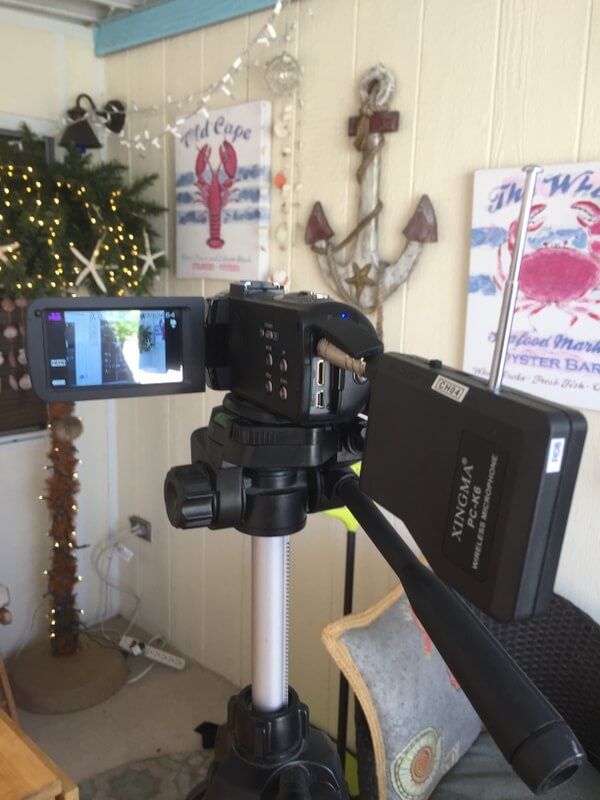 You can see closer up it pretty much blocks access to the back ports in your camcorder as well while it is plugged in and in use. 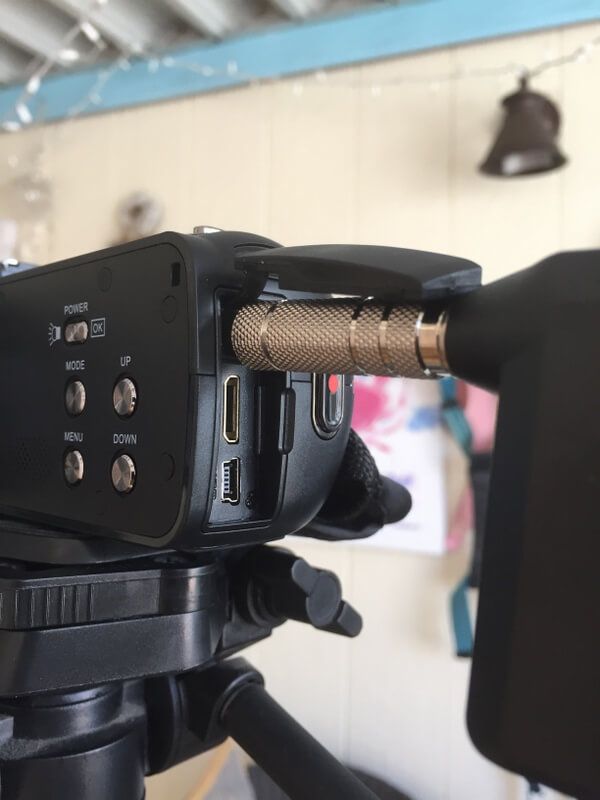 You can see from the video I tested with the camcorder default built in mic and with the FM Wireless Microphone that it sounded very good when it was held very close to my mouth, voice was loud, a little buzzy/blurry but overall did greatly amplify volume for clarity. I wouldn’t say this was any better than the lapel mic that came with the camcorder though you are wireless which is a huge plus and you can’t pass a lapel mic easily back and forth to someone you want to interview.

I think the mic could be improved for sound pickup, use 2.4ghz wireless or more clear digital band for transmitting, and it would be much better, overall as much as I wanted to use an external mic for doing like reports out in the field type of vids, the mic quality on the FM band just wasn’t enough to justify.  The lapel mic offers much better quality sound though you are tethered to the camcorder.