Running an Unturned Server from your own Windows PC takes a couple of moments to setup but is the ideal way to play with your friends where you can keep the play group small.  To setup Unturned as a server on your own PC you will need to do 2 things, the first is run Unturned 3 as a server, the other is setup your router so the game server ports forward to your PC so that others on the Internet can connect to your Unturned server.  This article will show you how to do both, but is focused on Unturned 3 and used with Unturned Version 3.15 as a server.

To run Unturned as a server you really only need to create a customized shortcut to the game that has some flags that make it run in server mode.  To do this you need to open the Steam folder which is typically C:\Program Files (x86)\Steam\Steamapps\Common\Unturned 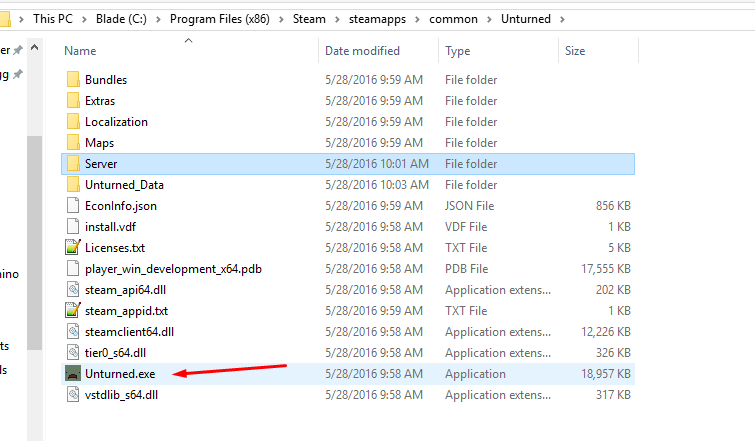 Now you will see the Unturned Shortcut (a 2nd one if you have one already) on your Desktop.  You are going to want to go ahead and rename the shortcut to something like “Unturned Server” so you can distinguish it against your other shortcut. 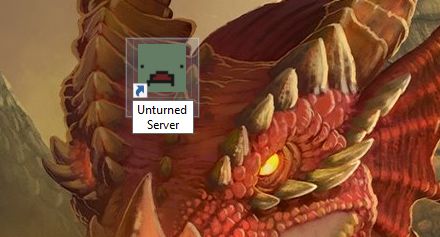 Right click on the Unturned Server shortcut (or whatever you named it to) and click properties. The only line you will be altering here is the option for Target: 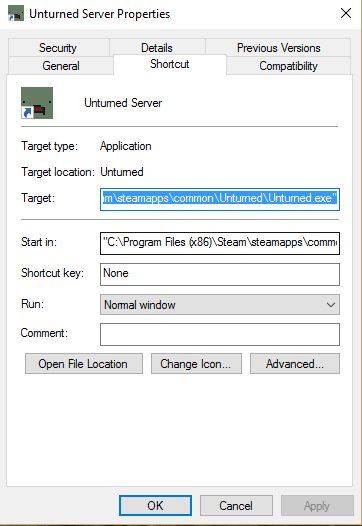 The entire path should already be enclosed in quotes, but if it isn’t make sure quotes surround the entire path.  You will want to add the flags below after the quotes.  Note you can change dragonblogger after the / to be any servername you want to call the server.

Alternatively, if you want to create a password protected server you can make it +secureserver instead of +lanserver as an option.

After you run the new shortcut you created, you should see a DOS prompt open showing the server starting.  Leave this window open all the time while you are playing, now you can open your other Unturned shortcut and load Unturned and connect to your server. 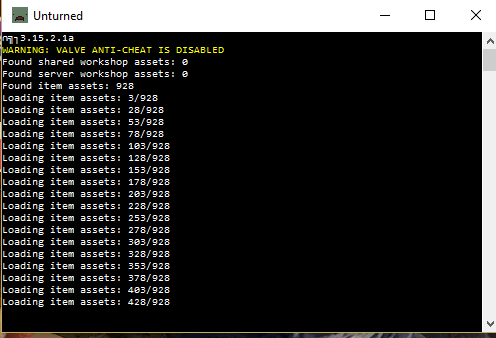 If you used +secureserver instead of +lanserver and want to set a server password, or if you want to configure custom Unturned Server options, then go ahead and shutdown your unturned server by typing shutdown in command prompt window that is open. 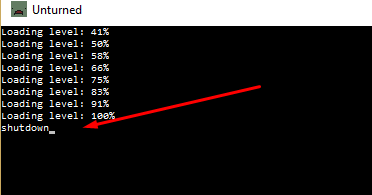 Note you have to start your Steam Server once so that it creates the server folder and appropriate config files for you to edit them.

Now go back into your Steam Unturned folder, and you should see a Servers folder, under the Servers folder will be a folder with the server name you created.  Then go into the Server subfolder.

Right click on the Commands.dat file and use Notepad or another text editor. 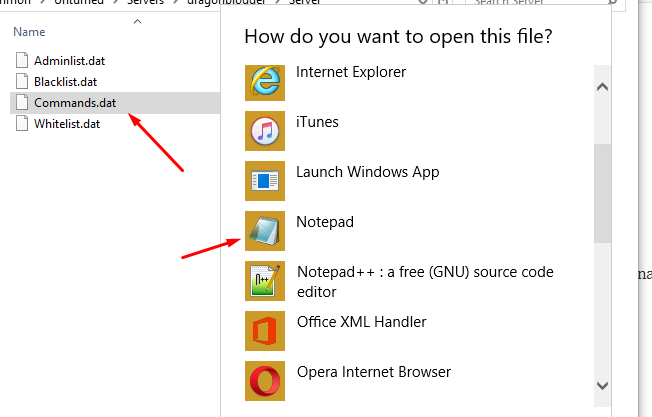 I am going to list the commands you can enter, and this was reprinted from the Unturned Wikia

Once you are finished, save the Commands.dat file and start your Unturned Server again.

So this is pretty much the same instructions to setup port forwarding to any game that runs on Steam more or less.  You will use the same port ranges and make sure they point to your local IP.

Then you will make sure you put in the internal IP of the computer you are hosting the server from, to get this just click on your Windows + r and type command, then type ipconfig and it will show you what your desktop internal IP is that is assigned from your router.

Once this is set, your router will then forward any incoming requests on those ports to your PC.  All you need to do is share your public facing IP with your friends and ask them to connect to your Unturned Server.  Just type WhatsMyIP in Google or Bing and you should easily see what your public IP is that you can share with your friends.