Even though mobile phones typically have a voice recorder app and allow you to record your own voice, they tend to not work well if you are in a classroom or lecture hall and want to record someone talking a good distance away and still be able to hear them clearly when you play back the recording.  This is where you will want an excellent voice recorder that can not only pick up distant sounds but auto adjust mic levels to make sure you get the loudest and clearest sound possible. 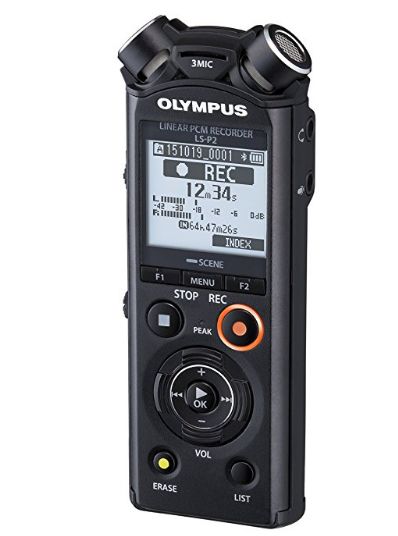 This is where the Olympus V414151BU000 Linear Pcm LS-P2 Voice Recorder comes in which is arguably the best stand alone voice recorder you can buy on the market for such a purpose.  With this Olympus voice recorder you should be able to answer homework questions faster and more efficiently because you have your entire lecture recorded. So in addition to your standard buttons to stop, start the recording, the V414151BU000 by Olympus supports Bluetooth which allows wireless playback of your voice recordings to a Bluetooth speaker or headset.  This incredible voice recorder also has a built in equalizer and boom mic so that it will auto adjust to keep volumes level and loud.

The Olympus LS-P2 includes the Tresmic 3 Microphone system, and this means that the LS-P2 three microphone system includes both directional and omnidirectional microphones to faithfully capture the depth and fullness of the sounds recorded. The stereo microphones are arranged at a 90° angle to produce a natural stereo experience, with an added central microphone to compensate for low-range sounds. This Tresmic combination provides a wide frequency response for the most demanding musicians and professionals. 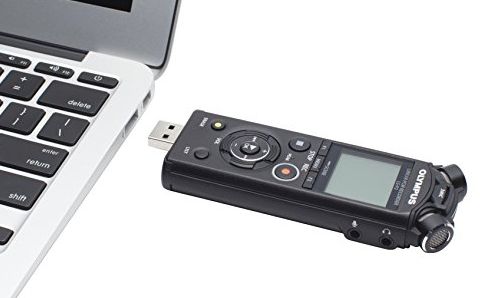 With built in variable edit functions you can trim your audio recordings from the device itself as well, the whole device plugs into a USB port for both charging and offloading your files to your computer.  You also get 8GB of built in memory for up to 250 hours of recording plus the Olympus LS-P2 can support a MicroSD card to add up to an additional 32GB capacity which is another 750 hours of recording. Though it may not be cheap, this voice recorder may be the best in the market and if you need to record conferences, dozens of hours of lectures or more then take a good look at the Olympus LS-P2 Voice Recorder.

Content Creator/Owner of https://t.co/iWP6afuOc9 for Tech, Game, Entertainment and streamer at https://t.co/594fXMdMIA
The DragonBloggers Live Amazon show starts now, come enter to win one of 2 $5 Amazon Gift Cards and a Mystery Box o… https://t.co/dy9tCnkwL9 - 22 hours ago