Computing devices have been growing smaller ever since the microcomputer was first invented in 1971, and now we have smartphones and tablets that you can carry in your pocket — or even wear around your wrist! (Such watches are not exactly new; the first one, the Data 2000, was made in 1983; it had an external keyboard with which data could be entered, and the two could be synced wirelessly.) The rest of this article will be about a particular device of this type — the No. 1 s3 round smartwatch. 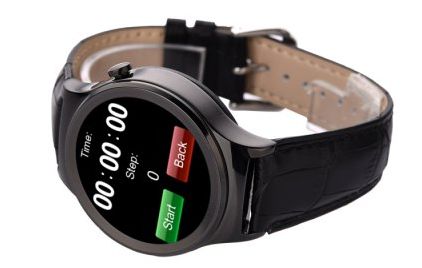 Physical description of the No.1 S3 Smartwatch

The dial of the No. 1 S3 smartwatch has four smaller dials, in addition to the main one, arranged in a diamond shape, viz.: 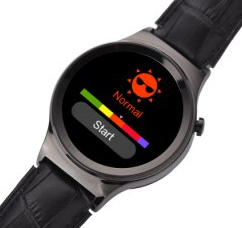 (2) middle left — indicates the current day of the week

(3) middle right — indicates the day of the month (Only the odd numbers are given; even ones are indicated by the points in between.)

(4) bottom — a half dial that indicates the temperature, with the numbers 20, 50 and 80 given and the colors red and green on either end 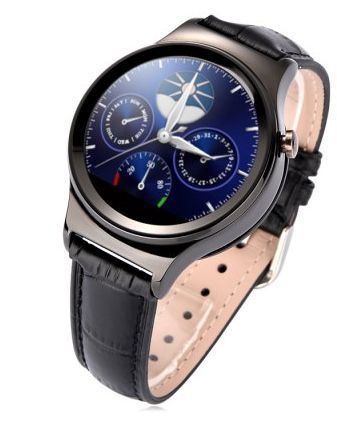 This is what the user sees when the smartwatch starts up; other screens have icons of various kinds, such as calculator, audio player, file manager and profiles.

The No. 1 S3 can come in three colors — black, brown and white. It can serve as a cellphone as well as a computer like companion, so the user can both make and receive calls with it. As a computing device, the S3 can also be used for storing files — and who would not want to have the information that is most important to him or her, literally wrapped around his wrist? If that were not enough, it can also be used to monitor your heart rate when you go running or otherwise work out.

You can get a No.1 S3 smartwatch from Gearbest, which provides free worldwide shipping. The product described above is truly a budget smartwatch.

Content Creator/Owner of https://t.co/iWP6afuOc9 for Tech, Game, Entertainment and streamer at https://t.co/594fXMdMIA
4 Fat Tire Electric Moped Scooters to Get Around Faster https://t.co/6tZcSAyS43 - 2 hours ago