There are many reasons to entertain yourself by playing all sorts of games. Sometimes we play our favorites to feel good and have some fun. At other times, playing only serves us to pass the time.

Even the simplest games can prove to be an excellent way to take your mind off things or get you through a boring commute. 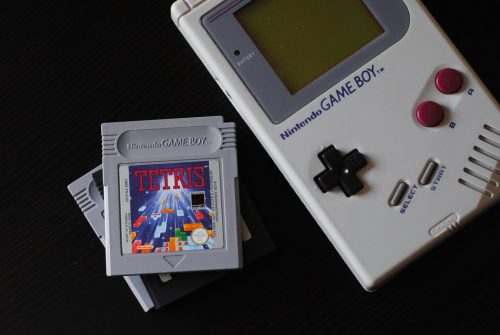 It’s usually not a bad idea to rely on something classic. At least we know they’re great and worked for many people before. That can be undoubtedly said about the iconic Tetris. The famous game has been developed by a Russian software engineer and released by several companies. Players worldwide have been able to enjoy the simple fun of arranging the falling bricks since 1984.

Putting the pieces together, clearing lines, and advancing to other levels will keep you occupied for a long time. But it could also be more than that. The so-called Tetris effect is believed to be leading to increased brain activity. In the end, anything to make the time go faster while waiting on the delayed Cyberpunk 2077 is worth considering.

Speaking of the mind, there is no reason not to work on our mental activity while playing. Wanting to improve our brain productivity is always admirable, and numerous puzzle and logic games can help to do just that. Such a game does not have to be complicated or tedious to be useful. 2048 is a great example here.

Today, a few years after the 2014 craze, the game continues to entertain. The idea is to slide the tiles across a board in order to consolidate like numbers and eventually lead to the elusive number 2048. It can take a while to reach that goal, but it will be time well spent. Moreover, it will show you the fun side of math.

Casino games can vary a lot, and not all of them are hard to learn. For example, slot machine games indeed are relatively uncomplicated, at least in principle. But it does not mean that every one of them looks the same. They come in many forms and colors, not to mention special features and bonus rounds.

The bonuses can also positively influence the playing experience in the long run. If anything, they will start you off on the right foot. If you’re serious about the game, that kind of extra incentive will come in handy. The best things to look for would be special deals for newcomers, deposit multipliers, free spins no deposit, promotional free spins, and a good loyalty program.

Finally, sometimes a good game does not have to be very challenging or require any serious action to serve a purpose. Having a good time just for the sake of having a good time is perfectly fine. After all, that is what relaxing and winding down means. A game called Doodle God presents a perfect opportunity to have some simple fun.

Starting from the traditional elements: fire, earth, wind, and water, you combine them to get the new ones. They can be mixed with other ingredients, so there are possibilities to create interesting combinations.