The first and foremost feature is that any Spotcam camera you buy includes 1 day of full cloud storage of the video footage in the cloud, not requiring an SD Card in the camera.  This is included in the purchase and you can upgrade to 3 day or more storage as a separate monthly subscription but by your video feed being stored in the cloud you don’t have to worry about someone sabotaging your camera and removing/destroying the MicroSD card which would have contained the video you needed. 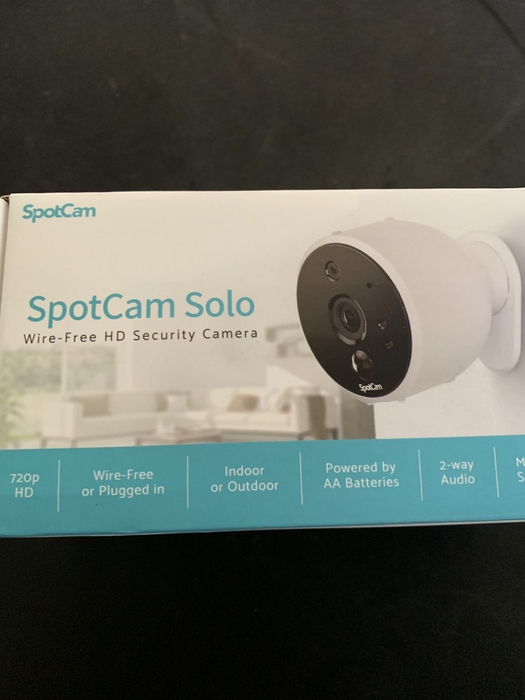 The latest device to be sent to me to review is the Spotcam Solo which is a portable cloud security camera that also can run off of AA batteries as well as use a local MicroSD card. 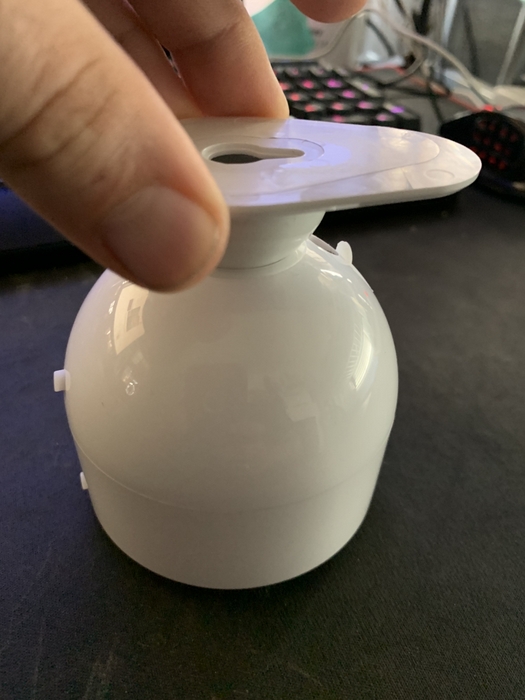 This camera while not as small as some micro cameras it does work completely off of 6 AA batteries allowing you to place it anywhere and record footage until it runs out of batteries.  It also includes a battery alarm which emails you when battery is starting to drain so you don’t forget.  Though it will email with 0% battery if you are using it in an AC outlet and there are no batteries installed.  So don’t enable the battery alarm if you plan on using it being plugged in. 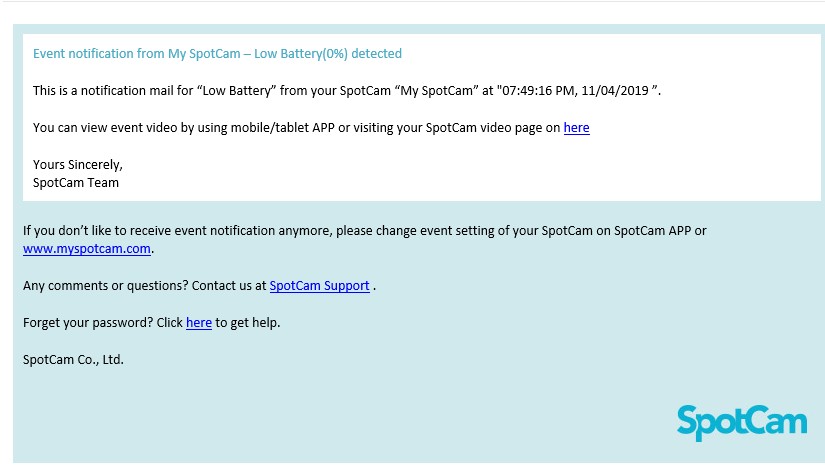 Like the other Spotcam models you pair it very easily with your Spotcam app on your phone or tablet, but unlike the other Spotcam Models you cannot manage and view your Spotcam Solo from the MySpotCam website, you must do it from within the mobile app.  This was done to keep battery life optimized and prevent draining the battery and won’t be an issue if you are familiar with other cameras since Wyze only works from a mobile app as well.  You configure the Spotcam Solo by adding it from inside your app, selecting your model, then joining it with your Wi-Fi network.  Remember to make sure your phone is connected to your 2.4Ghz Wi-Fi network first, then join it to the Spotcam Wi-Fi network, then configure it.  The Spotcam does not use 5ghz Wi-Fi and this is partially so it doesn’t have the limitation on range that 5Ghz has compared to 2.4ghz, especially when you want to use it as an outdoor camera.

Puttin in the Spotcam Solo Batteries and SD Card

The Spotcam Solo will work with the Spotcam Cloud and store the videos online, or it will record them locally to the MicroSD card but it cannot do both at the same time.  So choose your preferred option based on your need.

You have to make sure you go into your Spotcam Solo settings and select the plan before it will start recording video files.  This is in addition to formatting the MicroSD card from within the Spotcam app.  If you don’t select an option it won’t record anything, so I found you have to select the SDCard or the Standard.  After it is time to determine where you want to mount the Spotcam camera.

If you do have any trouble with the magnetic mount, you can pick up a pack of magnetic screw mounts pretty cheap on Amazon and use one of those instead as it does have a threaded screw mount option. 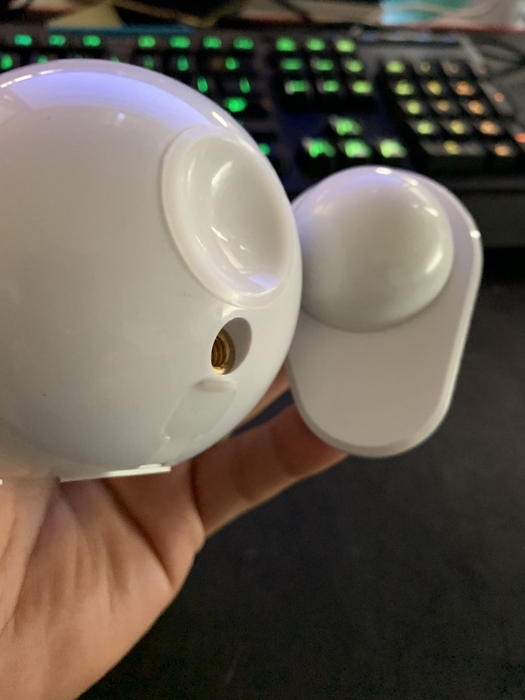 I mounted my camera to a wall but I also bought a flexible tripod and screwed my Spotcam Solo into my tripod and wrapped it around a small tree trunk to let it monitor a yard as well for example.

Meanwhile let’s go into the Spotcam app configuration which is pretty much identical across all Spotcam camera’s.  The things to note is that you may want to set your Image and Video Quality based on whether you want higher quality and less battery life, or lower quality and more battery life.  You also may want to disable the Status light after confirming it is working or that light will be on and is very visible in the dark.

You may also want to set your Camera Schedule where the camera only activates and records events during that time window instead of recording events all day long.  The more you narrow down it’s capture time the longer battery life you will get out of it.  Like if you only want it to record events at night, set it on a night schedule.  You may also want to disable the Camera Microphone which is enabled by default unless you want to also pick up audio alerts.

You will want to also set an alert schedule and where alerts are received whether notifications on your phone, email, both or more.  Depending on where you place your camera and the alert types you could inadvertently trigger too many event alerts and drain your battery fast which I did initially placing it in a similar location to my other Spotcam where my dogs were tripping the motion alert every time they went in and out of the house. 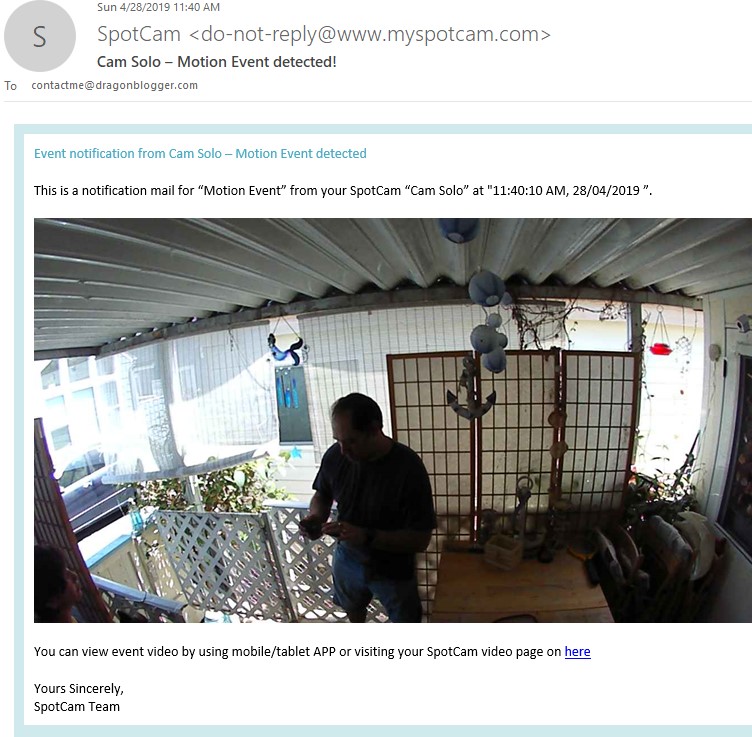 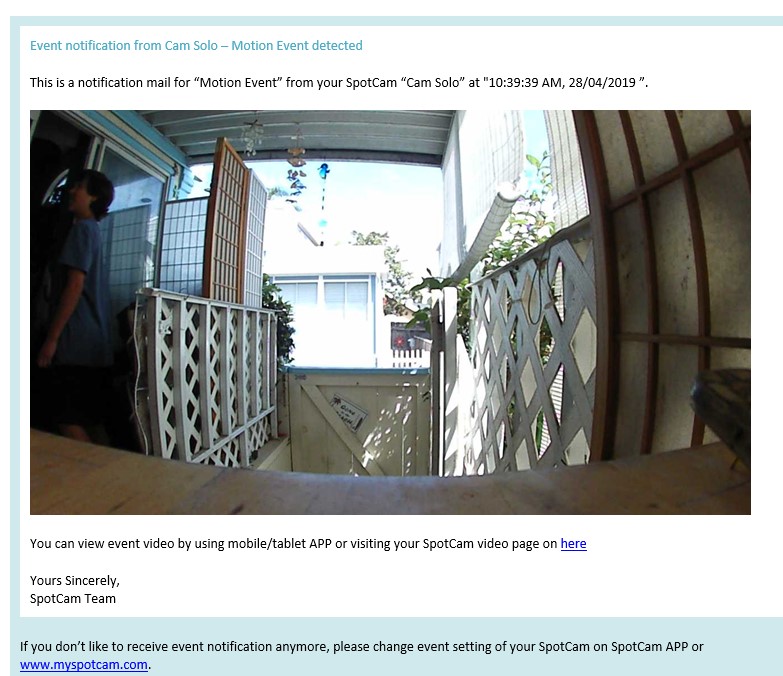 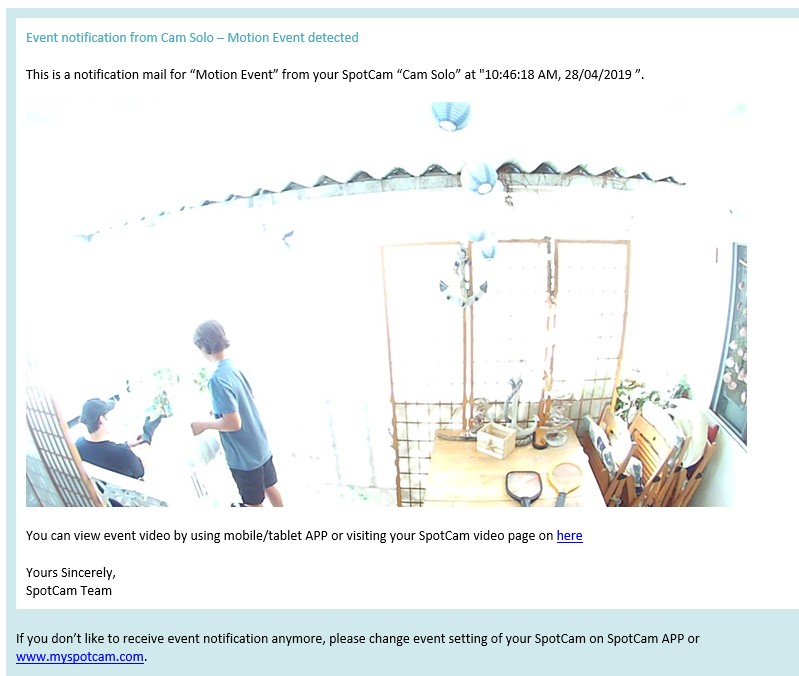 You can monitor all of your events from the Spotcam app as well and even download events to your phone from the cloud. Note, if you have no events setup and you forget to set your recording to cloud or MicroSD card you will see what looks like below without any events listed in the timeline.

The above means there are no events or simply no events are being captured or configured, usually this means you don’t have a setting right or there really is nothing to capture triggering the motion, sound or other alarm you have set.  You will see green lines in your timeline where events were triggered and captured.

Then you can go into your event and go through the days or hours to scroll through them.

You can see the type of event in my case I had mostly motion events since there is so much noise in my house I kept tripping sound events too frequently.  Then you can simply click on the event and watch the default clip of that event. 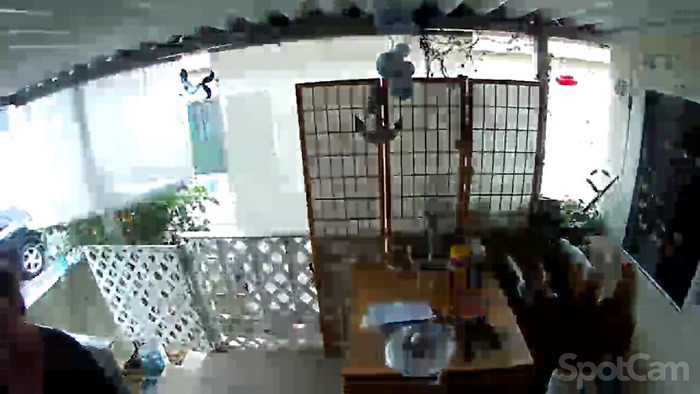 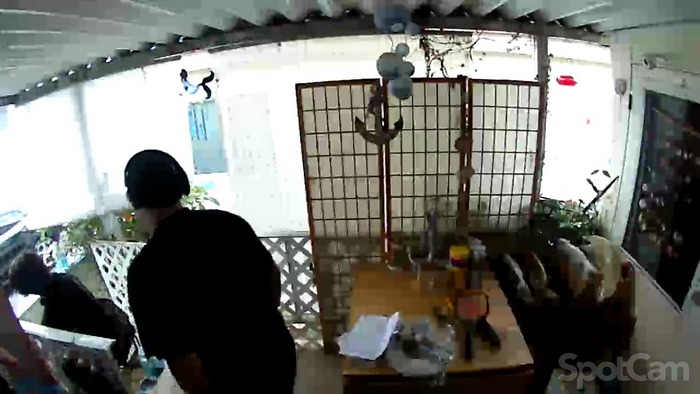 Note, by default Spotcam Solo will only record a 10 second clip, the Spotcam Solo camera is designed to capture short events, it is not a continuous streaming camera like their other models and it would chew threw the batteries too fast if it continuously streamed.   So you can get thousands of events out of a single set of batteries, it just depends on how often you are triggering those events on how long the batteries lasted.  I drained the 6 AA batteries in about 3 weeks deliberately tripping about 70-100 events captures per day.

Overall the Spotcam Solo is a good choice and they improved the model fixing the one issue I had at setup which was that the magnet in the back of the camera kept pulling the batteries out.  You shouldn’t have this issue however as all new models have the foam that creates a barrier and prevents this from happening.  Where I could see improvement is in the Mobile App where it will auto-set to MicroSD card when you have it inserted and automatically record to cloud or at least prompt you so you don’t forget it won’t put events in the cloud until you select the plan (even the free plan has to be selected instead of defaulting to it).