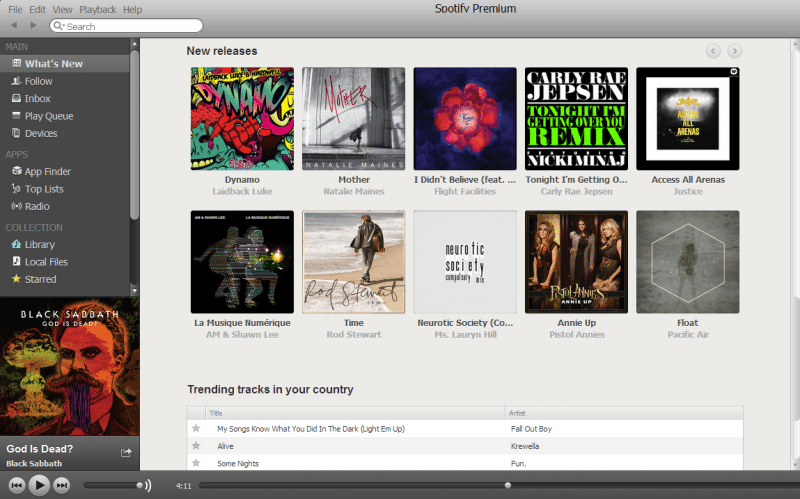 When downloadable music first came out, I adopted the concept right away. The fact that you can open iTunes and download an album in an hour (I had dial-up Internet at the time) was amazing! I’ve been a loyal customer of iTunes for years now with a collection of thousands of songs I have purchased or ripped from CDs. Each song on iTunes is about $1.29 which makes it easy if you only like a single song on a particular album.

About a month ago, however, I discovered a new music service that’s even better than iTunes. The service is called Spotify and it is an unlimited music streaming service. I’ve had bad experiences with streaming services in the past, but I decided to give Spotify a try with their free 48 hour trial and I ended up paying for it afterwards because I liked it so much. 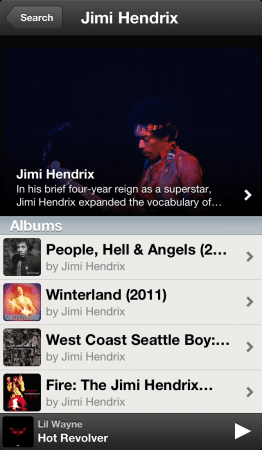 To listen to a song with Spotify, simply type in an artist’s name and you have unlimited access to all of their published music. Unlike Pandora (another music streaming service), you can actually search for an artist, pick an album, and start listening. So when I type in “Jimi Hendrix,” I’m not getting the Jimi Hendrix radio station like you would on Pandora. I’m getting a list of all the Jimi Hendrix albums as if I purchased them all on iTunes.

How Do Artists Get Paid?

It may seem that you’re ripping off artists by using such an inexpensive service, but in reality, artists make more money with Spotify than they do with iTunes, Amazon MP3, or any other download service. Lets examine three different business models for music:

You go to Walmart and purchase the newest Sleeping With Sirens album for $12. Walmart paid the record label in charge of Sleeping With Sirens $9 for that CD and then resold it for $12 in their store, so lets say the record label’s profit is $9. You then rip that CD to iTunes and immediately sell it on eBay. When the second person buys it on eBay, Sleeping With Sirens profits absolutely nothing from the transaction and now two people have their newest album while they only made $9 for the original purchase. After a month at Walmart, lets say that they sell 4,000 albums for a total profit of $36,000.

The next option to buy the latest Sleeping With Sirens album would be a music downloading service such as iTunes. Lets use the same example as before, but since you cannot sell an album you purchased from iTunes, lets assume that they sold 7,000 albums on and made the same $9 profit per sale. This would bring in a total profit of $63,000 in that particular month.

The way Spotify pays artists is very clever. Spotify pays out approximately 70% of their income to artists in proportion to the amount of times each song was listened to. For example, lets say that Spotify has 15,000 customers that all pay $10 a month for the premium service. This gives Spotify $150,000 in revenue that month, but they turn around and give 70% of that money ($105,000) back to the artists. If the customers play 5,600,000 songs that month and Sleeping With Sirens songs account for 300,000 of those plays, then Sleeping With Sirens profits 5.35% of the money, or $5,625.

At first glance, it might not seem like artists are better off with Spotify, but if you pay any attention to how music sales work, they spike when songs are popular and then completely die after a few months. So a song like “Gangnam Style” by PSY could be popular for two months and make over $1 million during that time on iTunes. However, once people purchase the song on iTunes, it’s purchased forever and PSY never makes any more money from it. On Spotify, however, PSY would still be making money six years later if people are still playing his song because he makes money every time somebody listens to it. This greatly benefits older artists such as The Beatles or Black Sabbath because most people who listen to their music already own it in some format, whether it be a digital file or a physical CD. You can listen to a CD ten-thousand times, but The Beatles only profited from you when it was originally purchased from the store. If you listen to The Beatles on Spotify, however, their record label can once again make money.

Currently, Spotify has more than 5 million subscribers that pay for the $9.99 per month service. This makes my example above extremely skewed on the low end, but I just wanted to give simple numbers to explain how the service works. In reality, Sleeping With Sirens could make $50,000 a month from Spotify, but we would have no way of knowing that unless we contacted them and asked. The main point I was trying to get across is that Spotify pays artists every time somebody listens to the song, which potentially allows artists to profit from their music even when they are not actively selling thousands of albums a month.

Playlists, Starring, and Your Music Collection 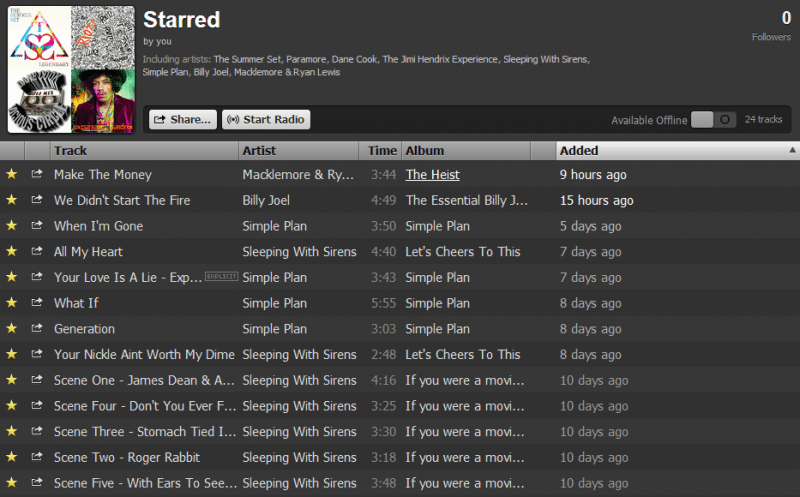 One thing I was worried about when I first signed up for Spotify is losing the feeling of “owning” music. Because it’s a streaming service, you can only listen to the music within the Spotify application on your computer or phone, so you cannot use it on YouTube videos or burn it to a CD. However, I quickly found that I didn’t lose that feeling of owning a music collection because you can make one within the application that syncs between all of your devices with Spotify installed.

If you like a song, you can either add it to a predetermined playlist that you create yourself or you can “star” it so you can easily get back to it later. I personally use both the “starring” method (screenshot above) and the playlist method to store and manage my music collection. I like that I can sit down on my computer and make up a playlist of 50 songs, then get in my car, plug my phone into the auxiliary port, and play the playlist I just made. 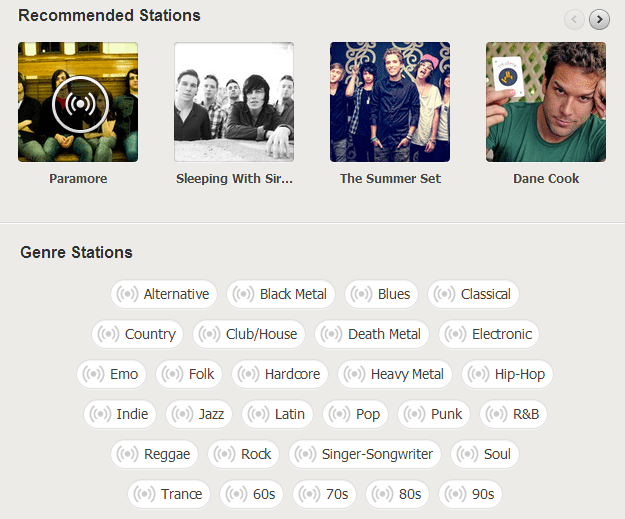 Earlier, I said that Spotify didn’t play radio stations like Pandora. The main feature of Spotify is the ability to type in a song or artist and instantly play the music, but they also have a radio feature that functions exactly like Pandora. Lets say, for example, that I really like Paramore and I want to hear other artists similar to them. I can then play the Paramore radio and hear their songs as well as similar artists. You can also select a genre station, such as jazz or R&B, and hear nothing but jazz or R&B music.

If you like a song that plays in the radio, you can add it to your “starred” playlist or another playlist so you can listen to the song again without having to find it on the radio station.

The Most Inexpensive Way To Listen To Music

After using Spotify for almost two months, I am very happy with the service. I’ve probably listened to hundreds of brand new songs for just $9.99, which would’ve been hundreds of dollars to own the songs on iTunes. When I think about the amount I can save using Spotify, it makes me wonder why I ever spent so much money downloading music.