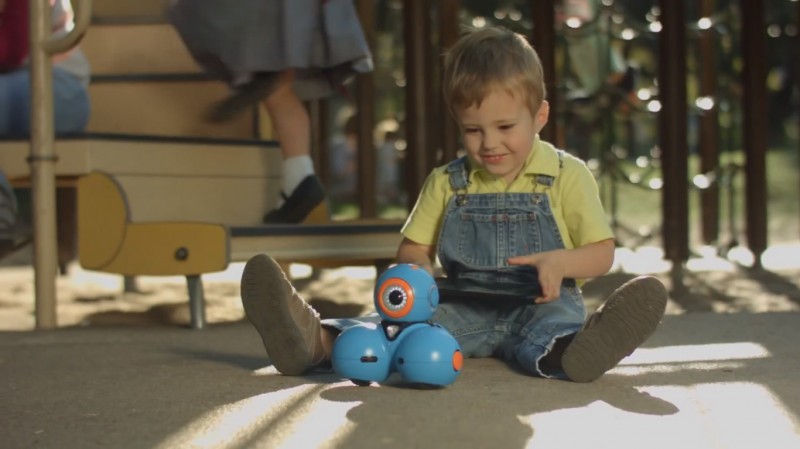 Startup company called Play-i, founded by former Apple and Google employees, is hoping to start teaching those programming skills early. They have developed two programmable robots called Bo and Yana that children can start programming as soon as they can operate a computer. They have a visual interface mode, visual programming mode, and a full programming API to make the robot move around.

The three ways that Play-i provides to program the robots are the stepping stones of learning to program. First, they recommend the visual interface mode so children can get used to logic maps that are often used in programming. Then children can move their way up to the visual programming mode that requires moving blocks of text into a programming-style structure. And finally, after children have a bit of experience at moving the robot around with the visual methods, they can dive into the full API and write code to make the robot move around.

I think this concept of the Play-i robots is awesome. Having an introductory price of $49 and $149 makes them very inexpensive robots that would make great gifts for any young programmer. I personally learned to code using a robot and I think that it’s one of the best ways to learn code. For things like for loops and conditions, it allows the programmer to see everything that’s going on versus trying to imagine how loops work. Computers are too fast for novice programmers to really grasp the concepts of what the computer is doing. However, if one programs the robot with an if statement that says “if in front of a wall, back up 20 inches, turn 90 degrees, and move forward 100 inches,” everything the robot does is visible.

At the time of publishing this article, there are only 441 robots left at the introductory prices of $49 and $149. The robots will start shipping in Summer 2014. Buy your robot now.