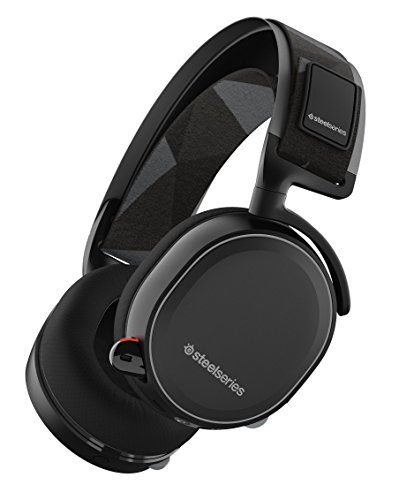 This is advertised as a lag free 2.4ghz wireless gaming headset by Steelseries.  I personally use this as my primary gaming headset when playing everything from Overwatch to Elite: Dangerous on the PC and I have used this headset with the PS4 with the transmitter plugged into the USB port of the PS4 console and the headset being wireless.

This headset has an EXCELLENT mic and supports DTS audio and 7.1 Surround Sound.  But the virtual surround sound is supported on PC platform only, for consoles it is stereo only.  I also noticed the mic quality is much more diminished on PlayStation 4 than PC, so I would say this is a perfect PC headset you can use with consoles but it isn’t as ideal for consoles as some other console gaming headsets.  Still the battery life, quality and mobility is fantastic and I like this headset better than the HyperX Cloud 2 and Gamdias Hebe M1 headsets (neither wireless) but those were my 2 favorite PC Gaming headsets prior to this one.

This headset I can confirm has an extremely long battery life and I can easily game an entire full Saturday or Sunday for 12+ hours without having to charge the headset.  The headset charges quickly and can be used while it is plugged in and charging as well.  The headset supports DTS 7.1 Surround on the PC and though it says it supports it on PS4 on Amazon page, it doesn’t support surround sound on the PS4 from my tests.  However, this would make an excellent surround sound headset for the PS4 that is wireless, though I found the microphone volume is substantially lower on the PS4 than on the PC, even with the PS4 setting the microphone volume way up the mic on the PS4 for some reason is much more distant sounding than when using the headset on the PC.

The earcups are very comfortable and the headband is decent, though I find that I have to wear a hat or feels a little loose on my head.  I don’t have a small head, but I don’t have a big head either and I felt it could have a tad more adjustment for smaller heads.  It adjusts very wide however and is again I can wear it for 12 hours without issue.

The retractable mic is very good for getting it out of the way when you aren’t using the mic or it is charging, and the mic is fully flexible so you can get it right where you want it every time.  The noise cancellation is also very good, I record many videos using the audio from this headset as overlay for other recordings as well as let my wife use it for her professional powerpoint audio narrated recordings.

The one big issue I don’t like about this headset is the auto-power off battery saving feature which can’t be disabled.  If the headset is not picking up any system audio (music/sound) it will auto shutoff in about 15 minutes giving you a quick double beep.  As I do a lot of microphone recording, it does not consider mic recording a factor when power-save mode kicks on, which means I could be in the middle of recording an audio overlay for a long track and it will power off on my while I am recording.  To get around this I have to play some background sound even when recording to avoid the power-save.  I know if it used the mic input for consideration background noise would probably never allow power save to kick in, but there should have been an option in the Steelseries Engine software that allows you to configure longer timeouts or temporarily disable it in my opinion.

You do however get Mic Sidetone options on PC with the Steelseries Engine software as well as various Equalizer controls.  If you enable the Sidetone on the PC software it saves the configuration in the headset and you will get sidetone when using it on the PS4 as long as you are using the USB base as well. 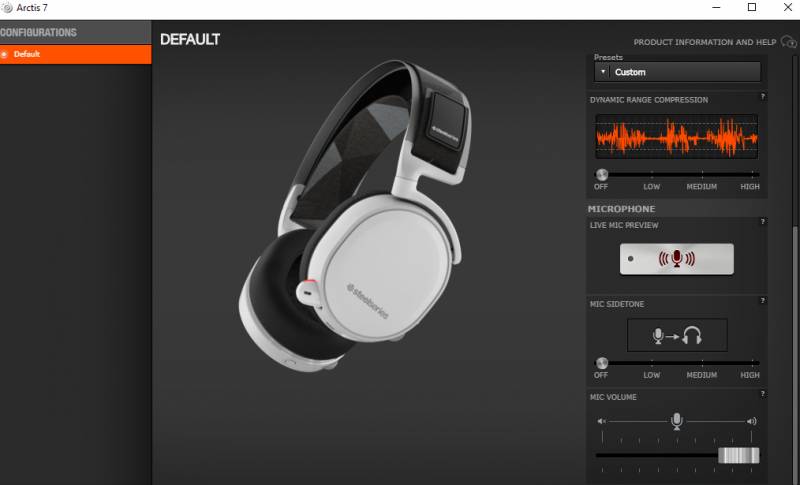 You have excellent mic volume controls in the software, and can mute/unmute the mic with a button on the back of the left earcup.  The Chatmix dial for adjusting game volume vs hearing your chat on Discord works well and saves you from having to adjust all those sound volumes in the mixer or apps directly as well.

Now if you don’t have a USB device you can use the Mobile connection port to 3.5mm cable to connect this headset as you would a normal 3.5mm headset for the PS4 controller and such, but you are limited to it being a stereo headset this way.  You don’t need the USB base if you are connecting it directly like this either, though you could also connect a 3.5mm jack to the base and broadcast that audio source to the headset as well.  The headset also supports a headphone share option where another headset can plug into the 3.5mm jack of this headset and hear what you hear.  This is an excellent option for say when my son and I want to play the PS4 but keep the house quiet, we both wear headphones with his plugged into mine and he can hear what I hear while I am the only one playing the game.

So in my opinion this is a near flawless headset if not for the volume of the microphone being low on the PS4 despite max volume in the SteelSeries Engine setting and upping the PS4 mic volume.  That being said this headset still is my favorite headset I have ever reviewed, and I have to tell you I purchased this headset this headset was not provided to us from SteelSeries for review.