So I ran across another Team B42 streamer during a raid a while ago and enjoyed his streams of Mordhau and engagement style with the viewers, his explaining while he was streaming was spot on for a game I hadn’t heard of and got to learn about while he was playing. His streaming name is RougeGunner00 and he also had a cool channel logo and was a super friendly guy. 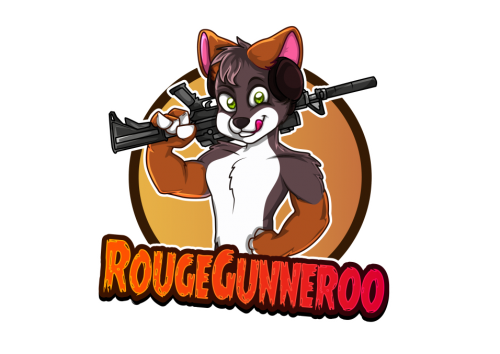 Here is my interview with RougeGunner00

RougeGunner00: My name is Nick AKA RougeGunner00. I’m a 24 year old streamer from the Mile High City (Denver, CO). I have lived here for most of my life and don’t plan on leaving anytime soon. I see this as my only home. I own a Jeep and plan on taking it off road. I am a security supervisor for my day job. My handle for mostly everything is RougeGunner00. Funny story is that I meant to say RogueGunner00 but misspelled it. I now use it for everything including Twitch, Twitter, YouTube, and others.

RougeGunner00: I wanted to start making game videos since about 2014. I started with a Facebook page and a small YouTtube channel. I reached out to a popular YouTuber for some help and actually got some. But gave it up back in 2015. I then started up streaming on March 26th, 2018 on the PS4 with a few friends and then eventually started PC streaming, with the hope of still creating YouTube videos.

Justin: What streaming platforms do you go live on most often (Twitch/Mixer/YouTube…etc)?

RougeGunner00: I stream to Twitch. I plan on posting some videos to YouTube eventually.

Justin:  I started with YouTube and got on the Twitch bandwagon way later myself, what devices do you prefer to stream from? (Console, PC…etc)

RougeGunner00: I stream from PC mostly. I do have a capture card for my PS4 but haven’t set it up.

Justin: In my house we alternate streaming from PS4 Pro and PC, depending on the game. What is your preferred streaming hardware/PC/software setup? (Webcam, Elgado Streamdeck, SLOBS/StreamElements…etc)

RougeGunner00: I use Streamlabs OBS and chatbot. I have an ASUS ROG Strix GL12 Gaming Desktop. I use a Logitech 720p webcam and some random USB headset (it was cheap and all I needed).

RougeGunner00: Short term? Hard to explain. I have to take a 2 month break soon for a seasonal job so I plan on just working on background stuff like getting a new overlay and redesigning my emotes. Long Term goals are focusing on my stream schedule and getting my YouTube up and running. I also want to run my discord as a community.

Justin: I am finding Discord is a huge time commitment, worth it for the interaction but definitely consumes a lot of time.  Do you have any advice you give to other people wanting to get into streaming and entertainment?

RougeGunner00: Understand that this business is not a sprint but is actually a marathon. I mean you will not grow to the numbers like Ninja anytime soon but if you keep at it, you MIGHT. You also need to know that F4F (and anything like it)  is useless. Networking and communities is how you will grow. Lastly, and maybe the most important, is to use YouTube. “Create content that can grow you as you sleep.”

RougeGunner00:  I stream on Twitch every Monday through Thursday from 7pm to 11pm MST (but I do have my seasonal break soon and might try other days). I stream a variety of games. RTS, FPS, adventure, city building, and a few others.

Justin: Do You Want to Give Any Shoutouts or Promote Anything?

RougeGunner00: I want to shout out Benda42 for creating an amazing community. Without Team B42 I know I wouldn’t be where I am today. Momoasskickin for being a super supportive girlfriend. Bassdemonlive, themightykibbles, and gonzodagreat64 for being amazing friends. I also want to shout out PrimeDesignArt on fiverr for creating my awesome logo and Nerd Or Die for creating easy to use resources (the ones I use for my overlay and scenes). 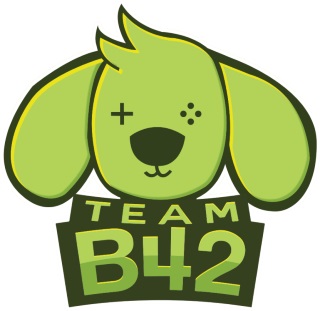 Justin: I will say that Team B42 is amazing and I first came across it by running into Cabalette_ and then met Benda42 and the others through doing raids with them when I have time.  If you are a streamer I highly recommend you become part of Team B42 Discord community and get to know fellow streamers, this is among the most supportive Twitch communities I have ever run across.  Thank you very much for taking the time to answer the interview questions and I encourage all my readers to visit RougeGunner00 and check out his entertainment and play style!