Sometimes you need to deliberately put load on your CPU for a sustained amount of time to see how your system thermals are holding up.  I had to do this recently when replacing a liquid CPU cooling system and I had to make sure that my CPU wasn’t going to burn up or shut down the system on me.

I overclocked my Intel Core i-7 2600k from its stock speed of 3.2ghz to 4.4ghz and my preferred CPU stress test is Prime95 which is free.  It also subjects your CPU (and RAM) to torturous tests that are typically not found in real world scenarios because real applications give breaks and slow periods, not constantly stressing your CPU continuously like Prime95.

Make sure you download the Prime95 that matches the bit version of your operating system for an ideal test.  I used Prime95 since I was using Windows 7 64bit, sure you can make the 32 bit version work, but I figured why not stress test it against a 64 bit version of the application.

When you kick off Prime95 you will see four options to select, I chose the Small FFT’s which is ideal for testing CPU only without putting much stress on the RAM.  This is what I wanted to specifically measure. 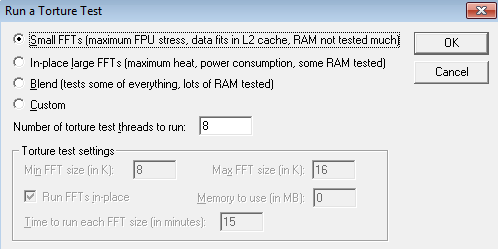 If you have a quad core CPU with hyperthreading enabled then 8 threads should burn all 4 cores constantly, if you have a hexacore CPU then you may want to boost this to 12 threads.

The minute you run the test, you will see your CPU hit the limits: 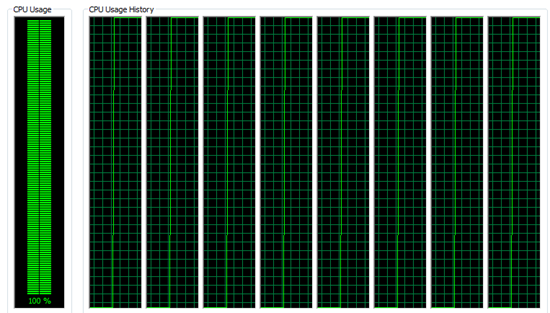 I confirmed and kept my Asus AI Suite up and showed my CPU’s were being pushed hard: 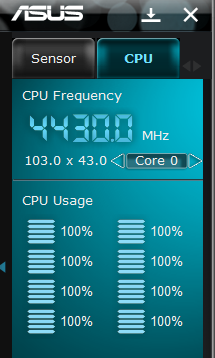 The next thing you want to do is carefully monitor your CPU core temperature, in this case leave the test running and just keep tabs on how hot the CPU gets.

In doing a lot of research on Tom’s Hardware and other overclocker forums, it would appear than it is not unusual for an overclocked i-7 2600k to reach around 75 – 78 degrees celsius under such stressful CPU testing.  My own tests never showed the temp getting above 78 under load, but under normal cpu load without doing the Prime 95 stress testing my CPU stayed a healthy 40 degrees or lower celsius the whole time.

Overall, the temp’s are about the same as my previous liquid cooling system except now there are no gurgling noises and my cpu cooling system is whisper quiet.

Prime95 is the way to go when you need to put load against your CPU to stress it and see how high the temperature rises.