I had been wracking my brain on why my Internet throughput was lower than it should have been on one system in my house compared to another and I wound up finding software that really did the trick in increasing my throughput dramatically with Windows 10.  My ISP speeds are listed as 150Mpbs down and 15Mbps upstream, but when doing various speed test with Windows 10 on Speedtest and Fast.com I wasn’t getting half that throughput for some reason.  I thought it was the router or network drivers but after driver updates and testing multiple routers I was still getting these problems on one PC in particular in my house.  So I started doing a little Google Searching on how to speed up Windows 10 Internet and tried various netsh commands in DOS which didn’t help much at all.  One of my searches led me to software called Systimizer which I hadn’t used before, though I have used quite a number of other PC cleaner programs before.  I decided to try this new one and run it through the scanner.

You can install the software for free and run a scan at least, then decide if you want to purchase it at $14.95 for 1 year and 1 PC, or add $9 or so for unlimited license.  It found quite a number of issues on my Windows 10 PC, but of interest were the 26 Internet Speed related items. 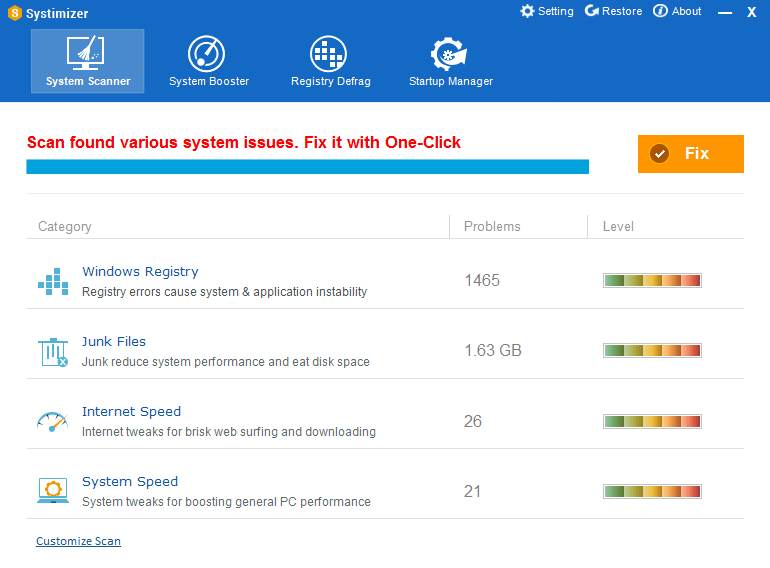 Further drilling showed that 13 were related to networking and 5 were Winsock related. 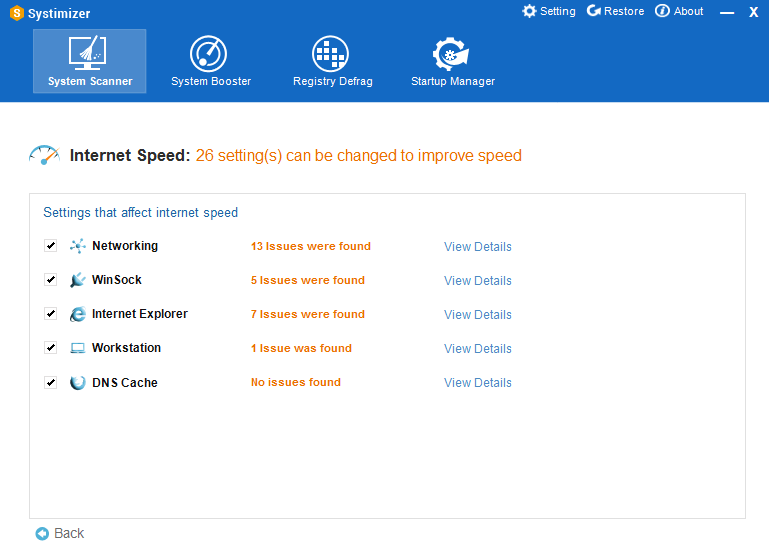 These were the 13 findings with the networking related issues. 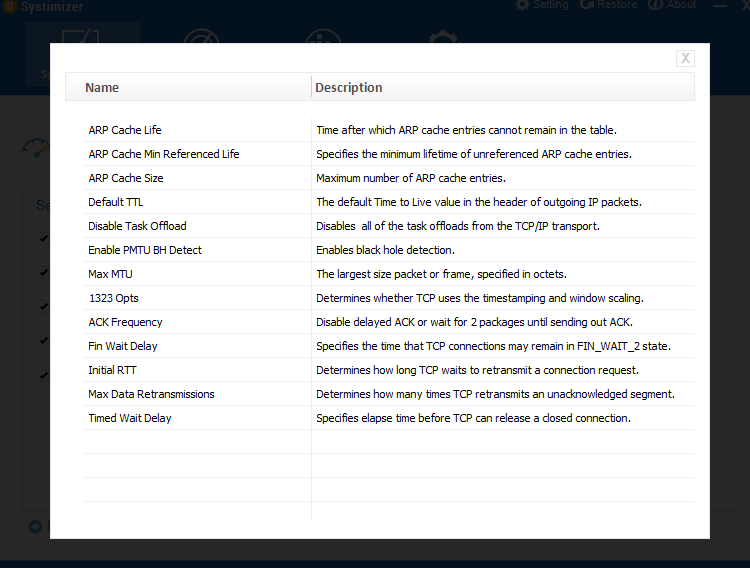 Now, I decided to take a gamble and purchase the software instead of contacting the company and asking for a review copy.  This is because I was in a hurry and if it didn’t work then I would just report that my internet speeds didn’t improve as a result of using the software and it wouldn’t have garnered such a good review.  I can tell you with certainty that this software made a huge difference in my Internet speeds, combined with a driver update for my NIC card (the driver update alone didn’t make as much of an improvement in speed, was only barely perceptible).

So I was always hovering around the 30 – 45Mb/s mark with Speedtest.net but after running the performance tuning with Systimizer I was getting higher throughput than I had ever seen.  I was only getting in the 60-80Mb/s with the NIC driver update alone.

Here was my speeds with NIC driver update alone 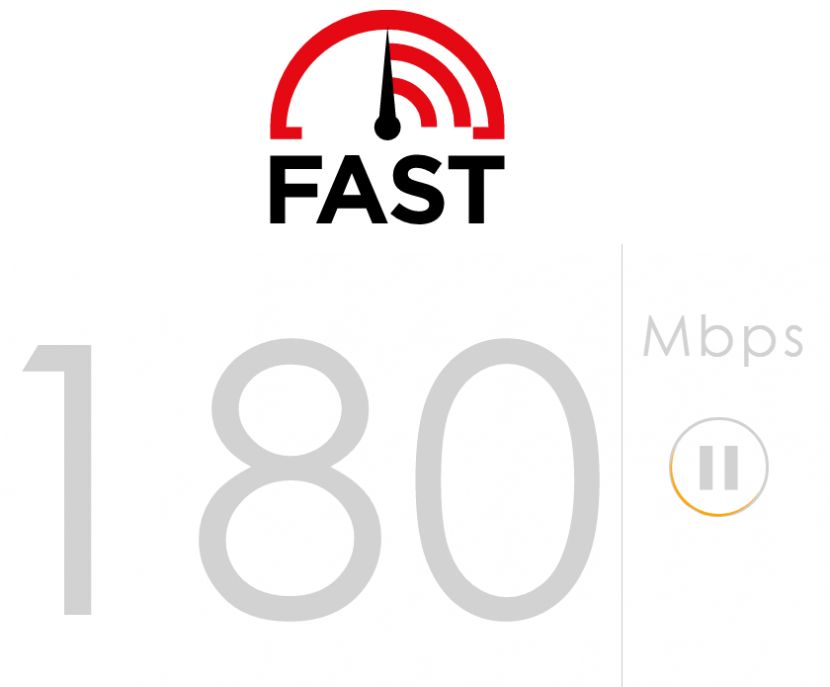 Do I think this software was worth the $14 that I paid for it?  Sure, cause I was in a pinch reviewing a new router from Netgear and couldn’t figure out why performance wasn’t measuring up, the odd thing was the new router had worse performance than my old router, but after doing the NIC card update and using Systimizer now the new router gets way more throughput than the old router just by running that software and updating my NIC driver.  I was pretty happy with the results of running a clean up, and I can tell you it impressed me enough to become a fan.  I would have even become an affiliate for the brand but I can’t find any affiliate opportunities for this software so will just link to direct site.

So in the end it doesn’t matter which Home Internet Providers you try and go through, if you don’t make sure your Windows system is optimized you may not be getting the speed that you are hoping for when accessing the Internet.