I have to say that until now my experience with video games revolving around the Olympic Games was terrible and I lost hope of ever playing a title that wouldn’t feel like a huge waste of time. With so many different sports, it comes as no surprise that the developers were struggling to find the perfect mix and their efforts frequently fell flat. London 2012: The Official Video Game of the Olympic Games is not going to be the hit SEGA expects it to be, but it has a great chance of becoming the best Olympic themed title ever released. 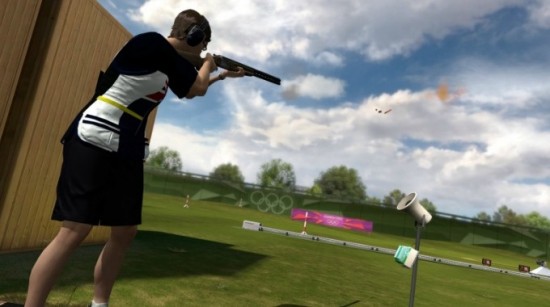 Your country needs you

There is no career mode in London 2012: The Official Video Game of the Olympic Games and you can’t train your athletes or manage the national team. What you can do is to create a playlist of events that you plan on competing in and customize the name and appearance of all athletes. It is not much and the changes you make won’t have a significant impact, but it is a welcomed diversion after competing in exhausting events.

Unlike former titles that involved button mashing and the tapping of various keys in a quick sequence, SEGA’s latest release rewards good timing and proper focus. Swimming is one of the few events that is still relying on the mindless tapping of buttons, but the game mechanics have been improved overall. The javelin and shot put are my favorite despite the fact that the learning curve is a bit steep. Once you master the mechanics, you will have it easy to pile up gold medals in the following events. 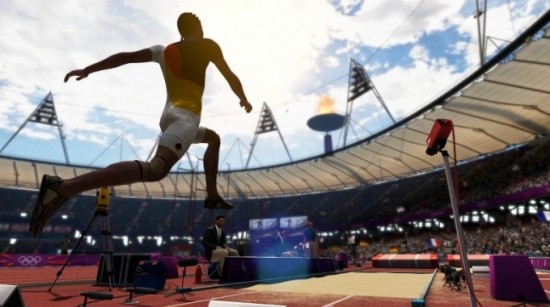 Claw your way to the top

The single player feels more like a handful of events compiled into a scheme that is pompously named campaign, because the differences to what the user can create himself are negligible. If you enjoy clawing your way to the top and going through qualifiers before competing in the main event, then you might like the single player. Things get more exciting in multiplayer, where you get the chance to represent your country against equally proud competitors from all over the world.

If you feel that this event is the most important one of the year and you’d like to be in England when it begins but lack the funds, the London 2012: The Official Video Game of the Olympic Games is a decent surrogate. To some extent it is even better, because the atmosphere in-game is fantastic and the weather is always sunny, although the anthems and replays leave a lot to be desired.

I was a bit reluctant to give London 2012: The Official Video Game of the Olympic Games four stars out of five, because despite being the best game in the genre, can be greatly improved. The trailer might convince you to give it a try, despite having less than pleasant memories with Olympic themed games.