Recently I purchased the TCL 32S305 Roku TV as a bedroom TV when it was on sale during the Amazon Prime day sales, I have had it for over a month and have had a lot of time to use it and test it out so this is my thorough review of it.  First, the TCL 32S305 is a 32″ 720P Smart LED TV with the Roku interface.  It has 3 HDMI input ports and uses Wi-Fi for Smart connectivity like most Smart TV’s. 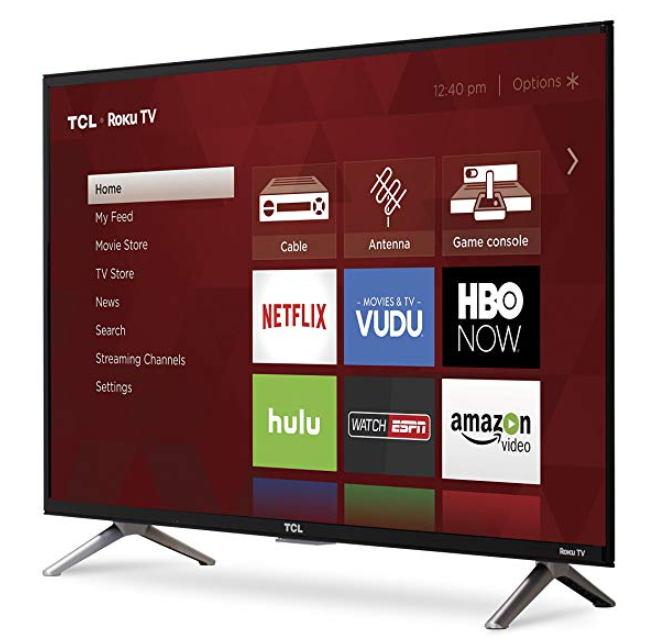 The TV is convenient in that you don’t have to switch inputs when wanting to access Internet content and the menu’s and changes between channels are very quick, and it is ideal if you are already a Roku owner from a previous TV and/or want the benefits of having the Roku Channels and GUI easily accessible built right into your TV.  If you want an Amazon Fire built in TV then you go with a Toshiba Fire TV line.

This TV works well as a bedroom TV but I have some caveats to list below that may make you want to steer clear.  One is a simple troubleshooting tip and the other is an issue that I have with my TCL Roku TV and Dish Network Hopper which I haven’t been able to resolve yet.

Why Is The Sound Volume So Low on My Roku TV?

So this is a common issue, many people report when watching local TV or Satellite the sound is fine, but when they stream movies or shows from Netflix or Amazon on their Roku TV from TCL the sound volume is too low and they have to turn the sound volume up to near max to hear anything.  I also ran into this problem and the problem occurs if you use the TCL Roku TV speakers for sound and you are not using a soundbar or external speakers.  The trick is the speaker layout auto-detect by the TCL Roku TV.  It tries to detect and match the audio source to speakers and this is the main problem.  You need to force your TV to only use Stereo and not detect audio type and this should resolve your volume too low with Roku Smart TV issue. 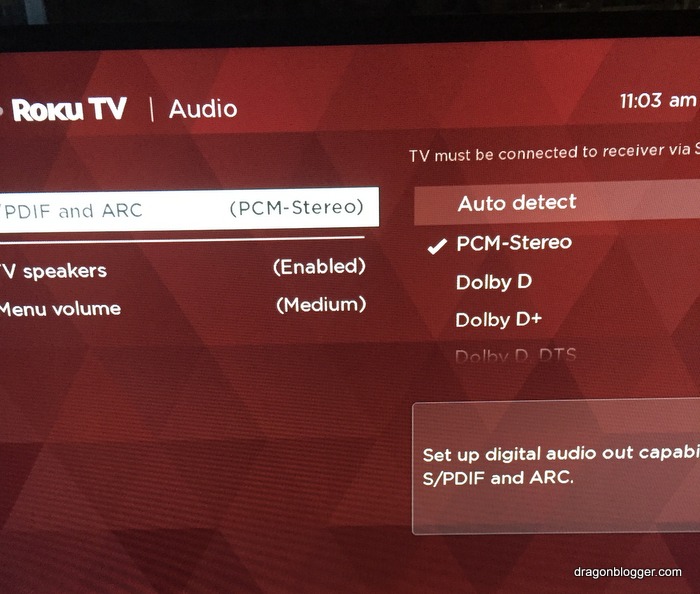 This greatly improved the sound volume issues I was having with Netflix and Amazon Prime with the Roku TCL TV after the last Roku Firmware update which caused all the volume to become so low I couldn’t hear people talking without having the volume almost to 90.

Yep, this appears to be a thing and I wasn’t the only one to report it though it isn’t found on more than 1 thread online.  I contacted Dish Network first because I just thought my Dish Hopper was failing, until my brand new Hopper had the same behavior where it would periodically lock up and freeze losing access to all tuners only when it was plugged in to the new TCL Roku TV and the Dish Network Remote #53 model was paired with the TCL Roku TV.  For some reason neither my Samsung nor Vizio Smart TV had any issues with the Hopper, but the TCL Roku TV will always cause the Dish Hopper to lockup a few times a day randomly.  It is the strangest thing and there must be some sort of conflict between the Dish Receiver and the TCL Roku TV frequency with the remote or something.  I can’t reproduce it at will, but I can confirm within 24 hours of using the Dish Hopper with my Roku TV it locks up, yet I can leave it for weeks on a Vizio or Samsung TV without issue.  What I didn’t yet test is not pairing the Dish Network Remote with the TV and keeping them separate, this would further confirm that it is the Dish Remote and pairing issue with the TCL Roku TV and I am in the process of going to test this aspect of it.

So before you go and recycle your old TV make sure you do your research and actually have some viewing time with the TV you purchase first.  In this case, while I don’t really like watching 720P on a 32″ screen typically. I think it it turend out to be fine for a bedroom TV and if you are at the right viewing distance.  The price of a 720P 32″ Smart TV will save you money and may be a smart budgeting move compared to the 1080P one in this class, so price may be a big factor. Other than the Dish Network issue and the relatively easy to resolve low volume with Roku Streaming I think the TV could be a good option if you want a Smart TV that leverages Roku and you don’t have to use a separate Smart Box, or you don’t like the Smart UI of the other TV models.