CALABASAS, Calif. – March 1, 2017 – Developers Re-Logic and Pipeworks Studio, along with indie publisher 505 Games, have brought the highly anticipated Terraria 1.3 update to Xbox One and PlayStation®4. Uniting the blockbuster 2D action-adventure game’s once-fragmented 20 million-strong community, the 1.3 update bridges the content gap between console and PC by creating gameplay and visual parity across all versions. This release – the largest in the game’s history – also adds new content, features, modes, events, crafting and more to the world of Terraria. The game is currently on sale with a 70% off discount on Xbox one, bringing the price down to £4.08 for new adventurers until Monday, March 5.

“Our teams have put an immense amount of work into this update so our fans on console will have access to all the same features and improvements available for PC, providing a truly fresh experience for even long-time players and allowing them to experience the game all over again,” said Neil Ralley, president, 505 Games.

In Terraria, the very world is at players’ fingertips as they fight for survival, fortune and glory. Blending elements of classic action games with the freedom of sandbox-style creativity, Terraria is far more than a mere block-building game. In this side-scrolling adventure, a players’ experience is limited only by their own imaginations as the world is theirs to shape and explore.

The massive 1.3 update brings a lengthy list of long-awaited benefits to Terraria’s console players on Xbox One and PlayStation 4, including: 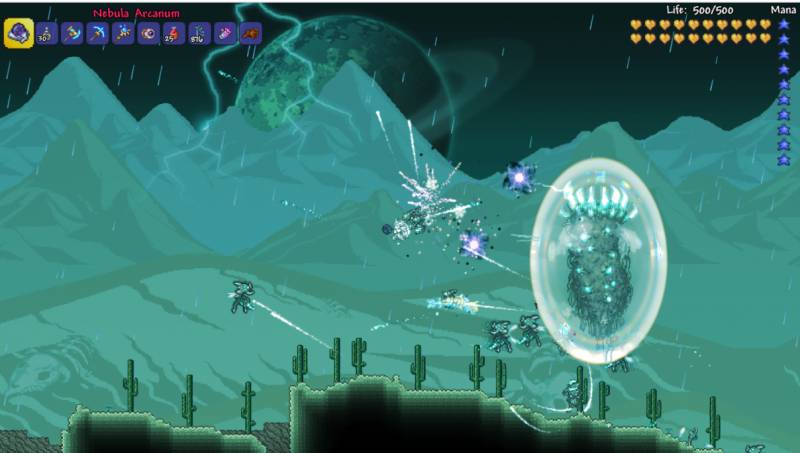 Players will also enjoy the benefits of a new codebase – rewritten from scratch – that will bring the Console version of the game far more in line with the PC version while respecting the gameplay elements that make console gaming unique.

Best known for its core franchise, Terraria – the revolutionary 2D Sandbox Adventure game that has entertained millions across PC, Console, and mobile platforms – Re-Logic strives to maintain innovation in gaming without abandoning its indie roots.

Through the development of groundbreaking games and publishing partnerships with other top-notch Indie developers, Re-Logic seeks to showcase and evolve the limits of what Indie gaming can be.

Publishing highlights in premium games include Last Day of June, PAYDAY 2, Terraria, Portal Knights, Assetto Corsa, ABZÛ, Virginia, Brothers – A Tale of Two Sons and How to Survive. Free-to-play publishing highlights include Battle Islands, Gems of War and Hawken. Distribution highlights include Stardew Valley, Dead by Daylight and Inside/Limbo. Upcoming titles include Laser League (now in Early Access on Steam), Indivisible (from the development team behind Skullgirls), Underworld Ascendant and Koji Igarashi’s next project, Bloodstained: Ritual of the Night.

505 Games has offices in California, United Kingdom, France, Germany, Italy, Spain and China. It works with a network of distribution and sub-licensing partners in all other markets. For more information on 505 Games and its products please visit www.505games.com.