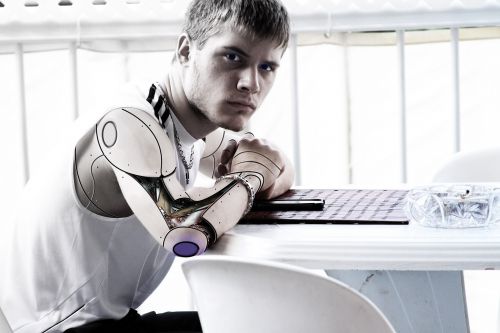 Photo by Pixabay from Pexels

Losing a limb is one of the tragedies that one can go through. If it is the arm, holding onto things will be difficult while the loss of a leg will make it difficult to walk. Technological advancements in the medical field have, however, made it possible for people to regain some of the functionalities of the lost limbs through the development of prosthetics. The success of prosthetics has sparked a wave of developments with research institutions looking to come up with innovative projects in aid of amputees. The current developments are very exciting with many of them trying to integrate the prosthetics with the body. These out-of-this-world developments are an indication that the future of prosthetics is finally here with us and in this article, we highlight some prosthetic developments of note.

This prosthetic project is spearheaded by The Johns Hopkins Physics Lab and it is funded by the DARPA (Defense Advanced Research Projects Agency). What stands out about this prosthetic is that it is controlled by the user’s neural senses unlike some of the prosthetics that are currently available. The project is part of a larger initiative by The Johns Hopkins Physics Lab that targets to develop mind-controlled devices to help patients regain their motor skills.
The prosthetic, however, is not 100% perfect since it has been identified not to be water-resistant with its delicate electronics getting damaged when the arm gets wet. The prosthetic is currently being tested in Florida as the developers assess its capabilities.

This is another prosthetic project funded by DARPA. This prosthetic arm has been developed by engineers at the University of Utah and it aims to help amputees feel the objects that they are touching. The prosthetic is connected to an individual’s nervous system through electrodes that have been implanted in the amputated limb. The developers then created a sensory computer program that allows patients to control the arm.

The arm has been named Luke after an amputee Luke Skywalker who lost his arm to an accident about 14 years ago. Luke has been trying the arm since its development and reports indicated that he is able to actually feel objects.

When one of the engineers at Hackerloop lost an arm in an accident, the other engineers decided to create a prosthetic arm for the friend to make it easy for him to take part in their Nerf Gun games. The prosthetic has a nerf gun attached to it and this is what makes it unique. It utilized Arduino and integrated EMG technologies read electrical signals generated by the muscles and to get the prosthetic to work. The engineers used locally available materials to create the arm and they have even developed a step by step guide on how to make the prosthetic to help other amputees build their versions.

This prosthetic project has been developed by neuroscientists based at the University of Chicago and it targets to help long-term amputee patients control a prosthetic arm. The prosthetic arms are currently being tested on amputee monkeys with the end goal being to find out if people born without limbs will be able to control artificial limbs. The monkeys used in this study are Rhesus monkeys. This is after they were rescued and their arms amputated following serious injuries.

Prosthetics helps amputees regain motor skills after accidents that result in the loss of a limb. The current developments in this field are mind blowing and above are some innovative projects that are being worked on.

Herbert Sward is an experienced copywriter and blogger. He has a great interest in IT and modern technologies. Herbert works as an editor at the blog about a sport and physical health SteroidSalesGuide and regularly contributes to various blogs and online magazines.