While the Honor Zero does fall within the category of smartwatches, it seems to be more of a blend of a smart watch and a fitness band. It’s not that it’s a bit of both; rather, it seems to be half way between the two. It’s got all of your basic fitness features, while smartphone synchronization and a few other features leave it a cut above the rest. Let’s take a closer look. 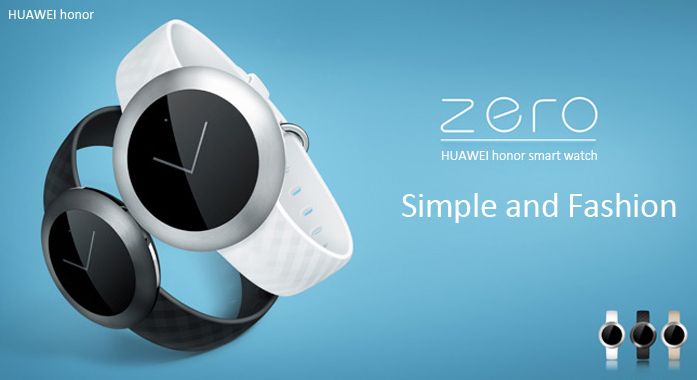 The Honor Zero has a sleep tracker which basically acts as a beefed up alarm clock. While traditional alarm clocks may work for many folks, for some, the abrupt way in which alarm clocks wake them up can leave them tired and/or grouchy throughout the day. What this smartwatch’s sleep tracker does, more or less, is wakes you up gradually in a way that promotes healthy sleep patterns relative to one’s sleep cycles.

As previously mentioned, Huawei kept athletes and fitness nuts in mind when they made this smartwatch. It comes with a built in pedometer which counts steps and is great for meeting walking/cardio goals. While a pedometer is nothing new, it’s interesting to see a feature like this in a watch as opposed to an ankle strap, and it’ll be one less thing we’ll need to strap to our bodies.

The Honor Zero is also very sleek looking. While some smartwatches come off as a little tacky or even (dare I say it) bulky. This watch has a really, really nice futuristic design which plays off of the traditional watch design to a certain degree. It has a nice, round, black screen, encompassed by a sleek, silver frame which goes well with the wrist strap, no matter which color is chosen. 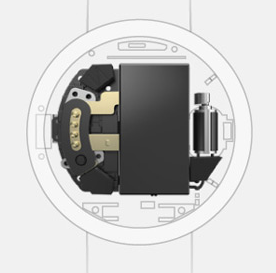 What sets this watch apart from other smartwatches (or smart anything, for that matter) is its charging time. An hour and a half is all it takes to go from dead to full battery. So, unless the battery life is insanely low (which doesn’t seem to be the case), this piece of technology is extremely battery-friendly and energy efficient, not that people generally worry about the energy usage of their watches.

All in all, this watch looks like it’s going to be great for those with a keen interest in fitness and a casual interest in technological gadgets. It’s basically the smartest activity tracker to hit the modern market. If you’re looking for a great fitness tool or simply want a smartwatch but don’t feel like shelling out hundreds of dollars, it looks like this might just be the watch for you.

Pick up the Honor Zero now over at Gearbest and get free worldwide shipping, this is a watch that is slim, stylish and gives you just the functionality you really need!