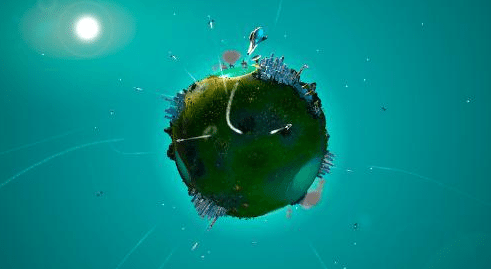 That, perhaps, is the understatement of the year. Koshelkov’s latest creation, The Universim, is a planet management experience that travels through time and across the universe, enabling the players to forge the destinies of entire civilizations.

“The ability to play as a god gives you unparalleled power, but unlike other god games, you cannot interact directly with your population,” explained Koshelkov. “You can, however, influence their decisions and change the way in which your civilization evolves.

“It is up to you to decide which technology path they follow and what kind of research they undertake. In this god game, you have the power to shape their future.” 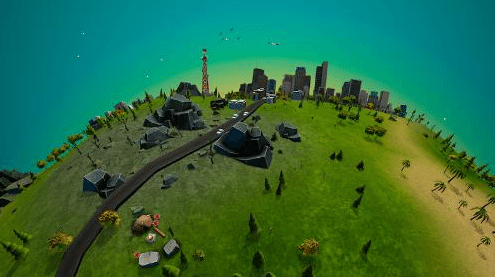 Using stunning graphics and animation, a player’s “civilization” begins in the Stone Age and steadily progresses, advancing beyond the modern era before moving into the age of intergalactic exploration. The game features a similar evolutionary path to the human race, but players will have the tools to shape their civilization’s progress. Resources play a major role, governing the integrity and growth of civilizations.

Because of the complexities in the themes, simulation, graphics, controls and software (as well as the high-quality visual experience), this has been an expensive indie project. Koshelkov and his technical team have spent many hours developing the concept, the aesthetics and some preliminary software but additional funding is needed to actually manufacture the game.

His budget for completing The Universim is $320,000 and he has launched a Kickstarter campaign to provide this funding. The Kickstarter page can be viewed at www.kickstarter.com/projects/crytivogames/the-universim.

To date, nearly 7,000 gaming enthusiasts have pledged close to $184,000, which clearly demonstrates the potential for this indie planet management game. Donations of any amount are accepted. Those contributing$20 or more will receive perks, such as beta access to the game, full DRM-free versions, rocket-shaped USB drives, T-shirts, posters and more.

“As an indie manufacturer, we want to deliver a challenging and innovative gaming experience,” said Koshelkov. “The Universim is a game built by gamers with a budget supplied by gamers. It’s a formula for success.”