Hello everyone! In this article I will be going over the top console games from the past year. Hopefully these will give you some good ideas on what to buy for the gamer of the house. The games I’ve chosen are not in any particular order and I chose them based on overall scores, sales and feedback from various sites. Considering there are hundreds of games that are released each year, and not every release is on both the Xbox One and PS4, I’m going to do things slightly different. I will review one PS4 exclusive and one Xbox One exclusive and then the remaining three will be for both consoles.

Let’s get this thing rolling with Uncharted 4: A Thief’s End, which is a PS4 exclusive. Uncharted 4 came out in May, 2016 but had steady sales and very high overall ratings. This was a very highly anticipated release considering Uncharted 3 was released way back in November of 2011. This game brings back all the craziness from the previous installments but in beautiful next-gen graphics. If you have a gamer in the house who will only play on the PS4, this game should certainly be on the top of your list. 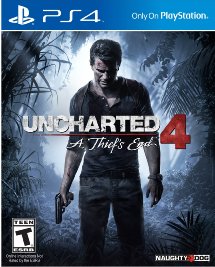 Next, let’s take a look at Forza Horizon 3. This title is an Xbox One exclusive and it was released back in September of this year. This is one of Xbox’s pride and joy titles. The game is so polished and the graphics are absolutely stunning. From the cars, and all their accessories, to the realistic tracks that look exactly like their real-life counterparts. Playground Games and Turn 10 Studios really nailed almost every aspect of what makes a racing game excel. I highly recommend this for any racing lover. 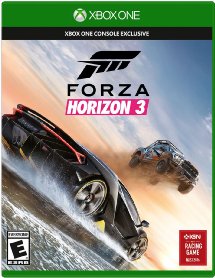 These next three games are currently available on both the PS4 and Xbox One. I have personally put hundreds of hours into all three of these games combined and I can honestly say they are all some of the funnest times I’ve had gaming in years.

First, we’ll briefly go over Overwatch. It was released back in May 2016 by Blizzard Entertainment. This was Blizzard’s first attempt at a first-person shooter and they nailed it out of the park. With over twenty characters and hundreds of customizations for them, Overwatch provides countless hours of great fun. It might not have top notch graphics but it is still an incredibly beautiful game. My favorite part is the character’s interactions and the great voice acting for each of them! 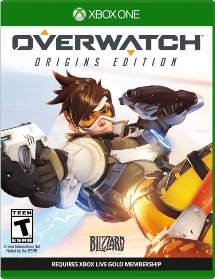 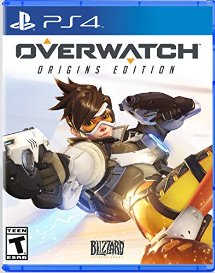 Next up is Titanfall 2. This game was just released back on October 28 and it already has some of the most positive reviews a game has seen this year. The follow up to Respawn’s surprise hit from early 2014 improved in almost every category. The first Titanfall had too few customizing options and a hybrid multiplayer/single player campaign that felt unpolished and unnecessary. Titanfall 2 brings a beautifully put together, albeit a rather short 5-hour, campaign and a lot more options when it comes to editing both the pilot and titan. There are more guns, more titans and more game modes. What’s not to like?! 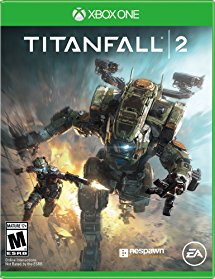 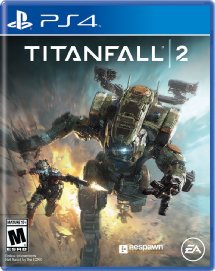 Finally we come to one of the most beautiful games to ever hit the market. Of course, I’m talking about Battlefield 1. DICE took a major risk going all the way back, from modern and slightly futuristic, to World War I! The campaign has great meaning as you go from historic figure to historic figure reliving the past in amazing detail. The back-to-basics approach is an extremely refreshing change to a genre that desperately needed a fresh start. This game was released just a few weeks prior to Titanfall 2 and I have a feeling it’s going to hold it’s own as one of the best first person shooters for years to come. 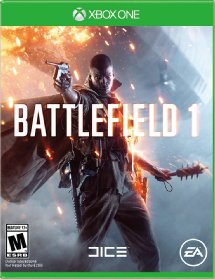 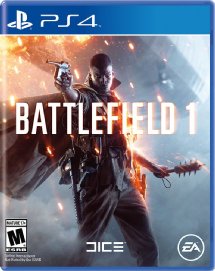 Now, I know I said I was only going to do those three more but I felt like I needed to give an honorable mention for a Wii U exclusive. They don’t have as many as Xbox One or PS4 might have, but they have always come out with very fun and entertaining games. The one I would like to showcase for you this time around is Paper Mario: Color Smash. There’s not much I have to say about this game because it’s a Mario game! Who doesn’t like Mario?! Here you’ll be tossing paint can after paint can in paper form, creating your own masterpiece. 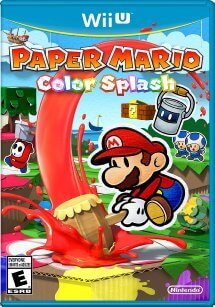 Disclaimer: All images were taken from Amazon.com