A Visual Novel is not just a game but a type of romance game. Another genre is Visual Horror Novels. For those who rarely play this type of game be prepared to experience not as much action in the form of having to kill zombies and etc. as this is not the kind of game you would expect to find in say, Resident Evil, in fact, a Visual Horror Novel is surprisingly good. Horror games are games which gives you a creepy feeling also with some jump scares and disturbing pictures, when it comes to a visual novel you get all of that for sure, the aspect in a visual novel obviously is the visualization. Illustrators give all they can to make amazing visualization and the visualization they provide is definitely great. 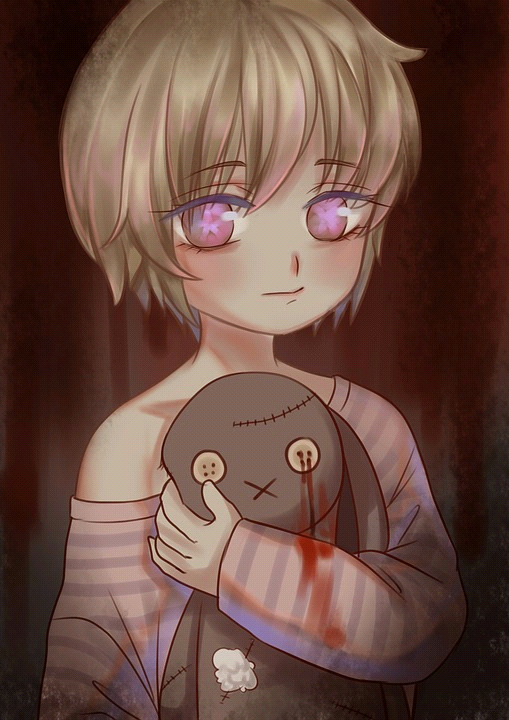 If you are looking for some great Visual Horror Novels, I have provided here a list of some great games in this genre that I highly recommend. Here is a list I made after some research and I guarantee this list have all aspects of Visual Horror Games that make great use of combining two great genres in Horror as well as a Visual Novel. Here are five that I recommend and you can play these in any order.

Alice is the main character you play as in this game. You will have your “alter ego” which is a child who kidnapped and took a part in a project called “Nostalgia” Nostalgia is experimental project research for alternate Universe. the researcher takes other victims that are her age and have wanted one thing, to escape from the facility except for Alice. She experienced family abuse before she was kidnapped and she thinks that this facility is her new home. 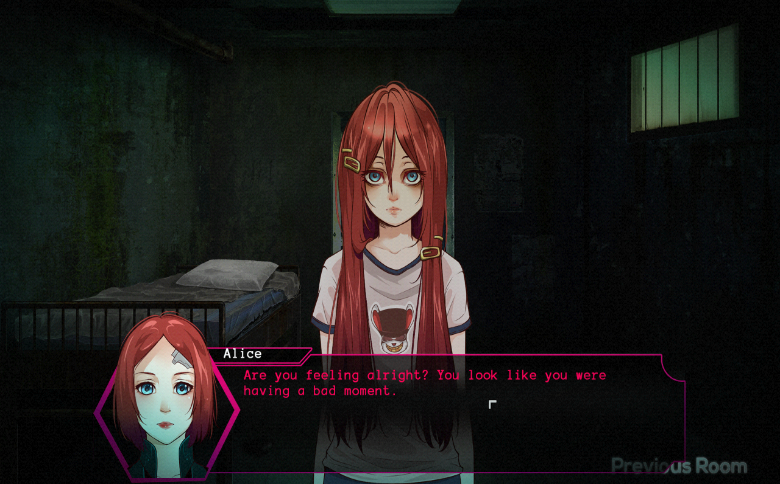 The game’s purpose is to escape from the facility but it’s not easy when your “alter ego” is in the way. You must deal with it but you must remember one thing, the counterparts may share the same soul but there is no guarantee they will get along with you, so let’s pray your decision would not anger your alter ego.

You are trying to fall asleep, in the midst of the silent night, a shadow approaches your bed. You can’t see it.. but a silhouette forms it seeks one thing: for you to open your eyes, and tell them how they look.

Will you comply that? Or will you refuse, the choice is yours… 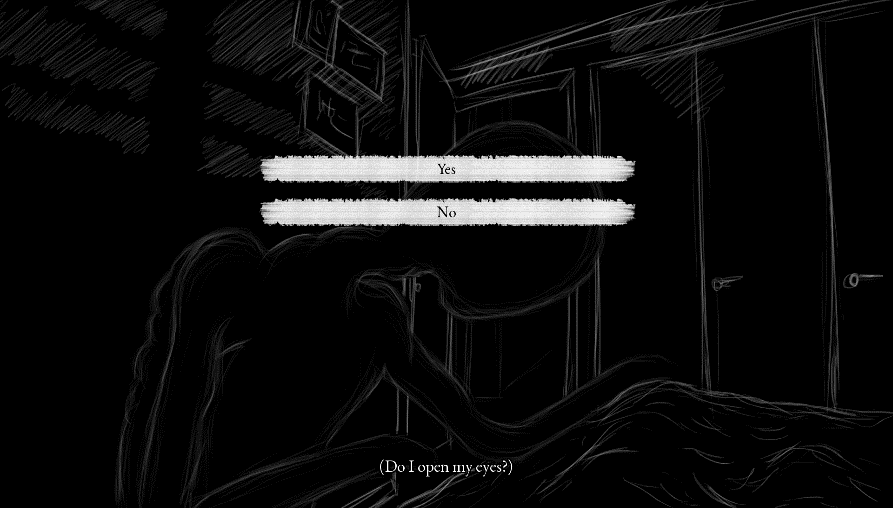 This horror game is about a midnight encounter with a mysterious creature, but the different thing is this visual novel allows you to progress depending on your conversation and choice. Through the conversation, you will learn more about the creatures, such as their journey what they think and it’ll make a simple request to you: will you open your eyes? 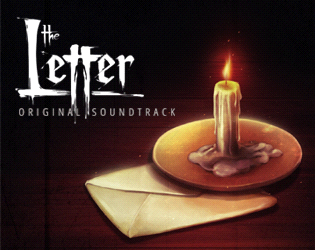 The letter is an interactive horror visual novel games, developed by yangyang mobile, the game is successfully funded through Kickstarter and Indiegogo and released on July 25, 2017, the game is inspired by the famous Japanese horror films, Ju-On: The Grudge and The Ring, so don’t surprised if you find a scene that references from those films. 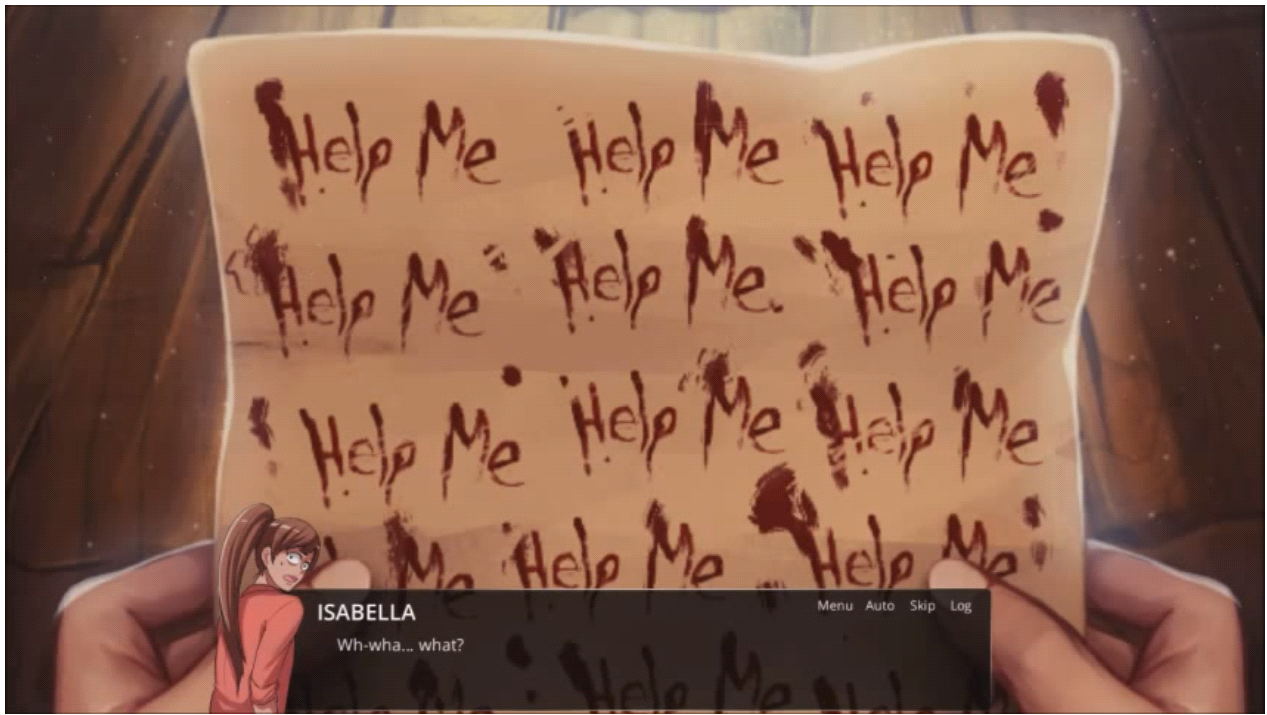 The story happens at the heart of Anslem Village where there stands a 17th century English mansion rumored to be cursed by a vengeful spirit. There are a lot of various disappearances that had been linked to the mansion also folks living near the vicinity spoke of seeing and hearing an unearthly thing. But dismissed by a hoax the mansion was listed for sale by Briar Realty Corporation. Before the grand opening to the public, Isabelle Santos goes to double check the mansion and finds a letter written “HELP ME” over and over again, and the letter has a threat that says, “Send this to 5 people or else..” 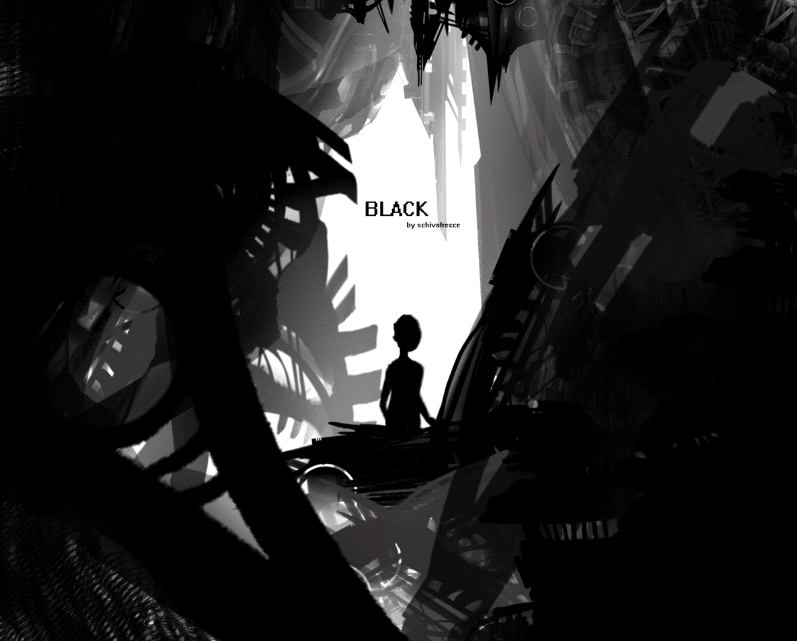 This game is Black! literally!, all the surrounding is black, nothing much about this game, you just awake in dark place, with seemingly no memories of your past or your whereabouts. The game will have you making multiple choices, typical of any Visual Novel. 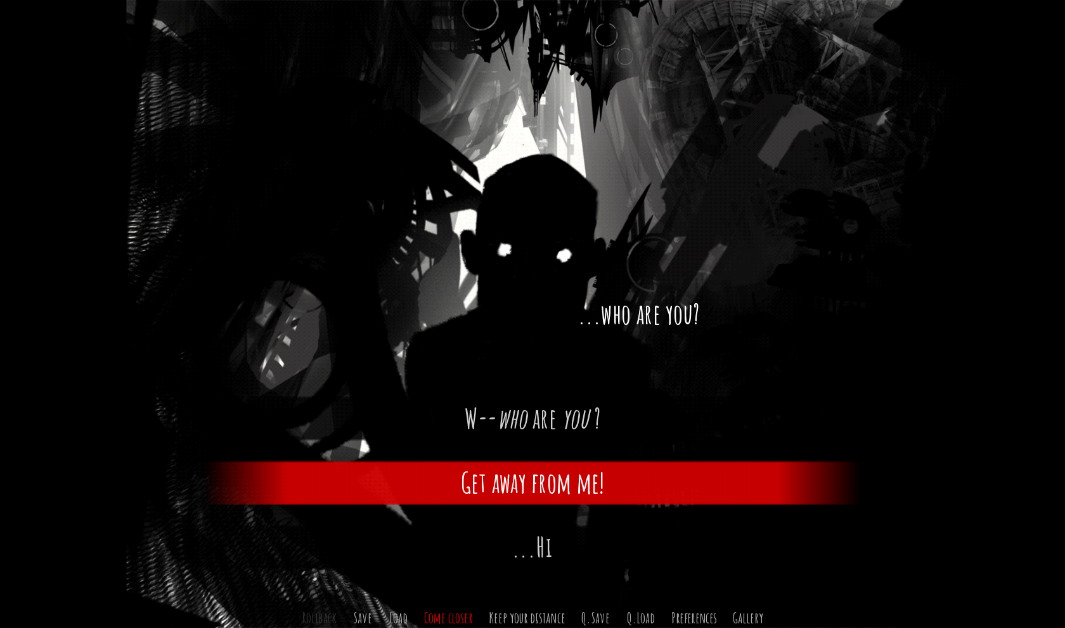 Overall the story completion is based on your choice, are you really going to trust this creature or not? Will you give your trust to this creature and let him around you? It’s all your choice. 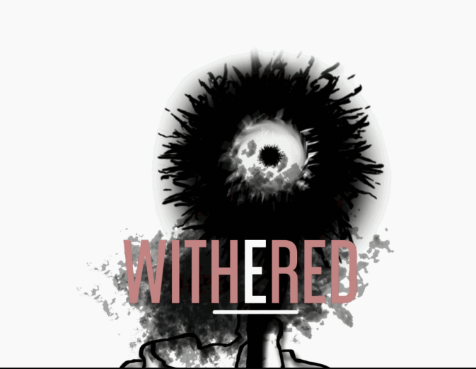 “The eye bloomed like a flower, watered by unending rain, whilst she slowly withers away, slowly rooting in vain”

Have you ever played a horror psychological game? I bet you did and I bet it really messed with your head. Did it terrify you? Of course, that’s right, such as this game. This horror psychological visual novel is one of the scariest games I have ever played, but why? Did it contain endless jumpscares? No, what makes this game terrifying are the things humans are capable of and the memories you’ve locked away in your subconsciousness. 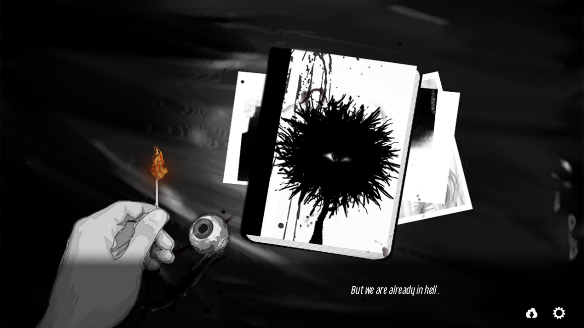 The progression of this game has you tasked to talking with an eye bloomed flower and feeding it. This is all based on your choice when it asks you a question.

That all for my list of Top 5 Visual Horror Novels. Which one is your favorite? Have you played any of the ones mentioned above? Thank you for your time and let me know if you like this article by leaving a comment below.

About the Author Sandy Kuroumi

Hi, I am an Indonesian teenage boy with a lot of interest in visual novel and anime stuff. I would appreciate if you guys liked my article and welcoming positive and negative response. You can read my other Visual Novels Article in www.vnarpg.site, you can download and see tips for your gaming experiences.