Few things fascinate and excite me more than the verge of driverless cars, and this stems from just how much I detest driving in general and not just because I live in California and the traffic is atrocious here.  Imagine how fundamentally things shift when autonomous cars become not only mainstream but Uber and other car service companies deploy driverless cars to take people to and from where they want to go.  Combine this with electric cars and charging stations instead of gas pumps as autonomous cars probably are not going to be terribly efficient at pumping their own gas and you can see a model that is very much like transport as a service.

At any time you can hail a vehicle to and from where you want to go, the limitation will be only how many cars are available and adjusting the fleet to meet demands.  The costs per ride would plummet, as costs incurred would plummet.  Insurance would drop dramatically after it was proven that autonomous cars are far safer, and this would greatly improve the environment on so many levels as a good portion of the population who live in urban regions would not need to own a car at all.  I for one would be one of them but most likely would own an autonomous car first before the plunge to not owning a car was the norm and standard.

Of course there is the human job factor, and the fact that tens of thousands of driverless cars operating as an on-demand service would potentially crush a lot of jobs in the Taxi and Livery market.  I still think there will be a space where some people refuse to have an self driving car and others where people prefer to have a human driver to talk to while being transported, but it will be a much more niche market and having a human driver transport you would be akin to paying for a Limo over a standard taxi as far as luxury transport service.  Even party buses could be automated and driverless at some point for when you want to tour a city with a group of friends.

If you factor in an hour commute each way that now can be opened up to being productive or even resting and taking advantage of a post day nap on the way home, or the way to work you can see how relying on automated transportation can start to make you more productive.  In my case, dispatching automated vehicles as livery services could be even more efficient and open up more possibilities where insurance and risks are lower. 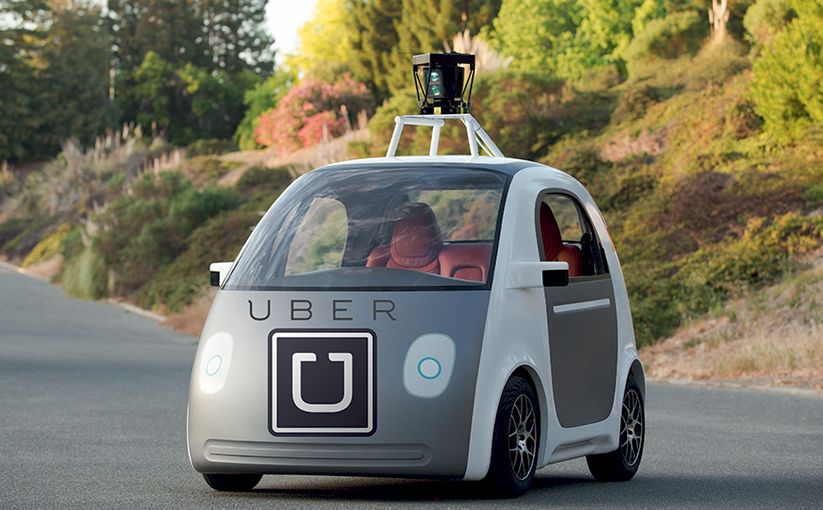 Right now you hear about how some parents lever Uber to pick up children from or shuttle them to school which is against terms of service, but imagine driverless cars and possibilities here as well.  The interaction between a family riding without one having to drive is also going to improve as there is more time to engage and converse on trips and make eye contact without having to pay attention to the road and conditions, though likely more people will just have faces glued to smartphone screens while being shuttled this does have the potential to redesign cars completely so that the seats face each other internally and people are designed to interact while being passengers.

As mentioned earlier Electric vehicles will have to be the standard, with 200 mile range batteries or more, the vehicles can be preprogrammed to be off the clock during charging requirements and automatically return and charge and be available when reasonable mile range requests come in and they have plenty of battery.  The cars automation would automatically drop off a user then go to nearest charging station and await for the next pickup when battery charge is appropriate.

While I don’t think transport as a service will be mainstream in rural areas the limited range will be a factor, I do think driverless cars are the future for semi transport and rural areas as well.  Imagine how scenic a 12 hour drive across the country can be if everyone can be around their windows watching instead of the passengers only?  Imagine semi delivery trucks that never need to pull over and rest or have limits to how many hours they can drive in a row to prevent fatigued drivers.  The entire industry changes to one where transport as a whole is cheaper, and in theory this should translate to cheaper goods for consumers.

Think about this, how much money would the average family save if they didn’t have to have a car payment or auto insurance payment and the monthly cost for transport as a service was a fraction  of that?  I know some families with 2 car payments at $300 per month, with another $200+ in insurance, this could be $800 a month total not included fuel that maybe could be reduced to say $50 – $100 in transportation needs.  Perhaps even monthly subscriptions for X number of rides or unlimited rides per month may cost $150 per month, but that is lower than gas costs for a single car in some cases!

Of course all of this means displaced jobs and people that will need to paradigm shift to other types of employment, but truck drivers maybe then become more about unload/loading and other services prior and post arrival.  Since for a meaningful time there may still be required to have a human body present with the vehicle other on-demand tasks can be assigned to drivers that they can perform while just occupying and riding along with the shipment.

Driverless cars and Transport as a Service will have a more immediate impact and change in lifestyle in the near future than Artificial Intelligence or Robots in my opinion and I can’t wait for it to happen.