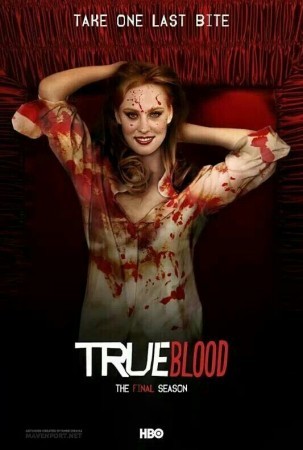 Its sad to think this will be the last season for True Blood. When it first aired I got right into it. But like a lot of shows sometimes they go off course and the stories start to become a bit predictable and boring. I am excited to see how they will finish and end the show and hope its not a lame ending like Dexter was. I have not read the books so I don’t know how far off the books are from the show.  Here are some things I think could happen or that I would like to see happen. The only trailer I have seen for the upcoming season is the panning through the cemetery with all the names of people who have died.

I am hope they will save Eric from the sun where he left off last season in the Arctic.  Just purely for the eye candy effect but I also love his bad boy attitude on the show.  I am hoping that he will make amends with Pam.  As much as I loved Eric and Sookie together I feel they will have her get back with Bill in the end. 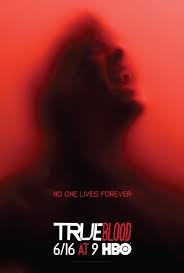 I’m not sure what I can see for Sookie’s character.  There are a couple different ways they could go. They could make her become more powerful with her fae powers. I’m hoping there is an epic battle between the light and the dark where in order to save mankind she has to make a choice. Does she save Bill and other vampires so they can stay or destroy all of the vampires with a True Death to save mankind. But that is just wishful thinking.

Its seems they like to have people killed in Sookie’s kitchen.  I think Alcide will somehow be in charge of protecting Sookie and that maybe he will be killed this season, maybe in her kitchen.  I know, he is nice to look at but I don’t think there is really much need for his character other than to protect Sookie.

Will Jason, Bon Temps manwhore find true love with his new clingy vamp or will he and Jessica end up together.  Jessica is eye candy for both men and women, but I love her character. We seen her go from a scared human then her crazy teen like  rebellion to a woman.  I will be sad if they kill her but like all good things it must come to an end, eventually.

Lafayette can never seem to cut a break. He has been possessed by ghosts, had his only boyfriend (Jesus) on the show killed, his best friend and cousin (Tamara) killed and then turned into a vampire. I hope he is able to have something good come out of all this heartache.

There are many directions they can go this season. I am interested in seeing how it will all end and have a box of kleenex on the ready. What would you like to see happen, let me know. If you have read the books, is it very different from the show?