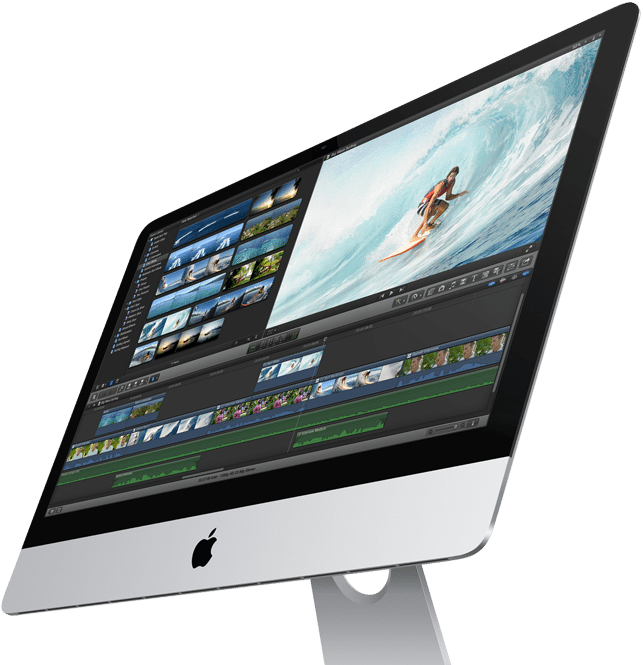 I was shopping for a new computer the other day at Staples and as soon as I told the guy working there that I was primarily a Mac user looking to buy a Windows 8 laptop, he brought out all of the pro-Microsoft, Apple-bashing opinions that IT professionals have come up with everywhere Apple products are sold. And although I was a Mac user looking to switch to Windows, it doesn’t mean I’m turning anti-Apple. However, he said that the $1,200 Macs have “equivalent hardware” to $600 Windows PCs. I silently disagreed with him, but I let that comment slide without a counterargument…

Today, I received a Macworld magazine in the mail (yes, I still subscribe to the physical publication) and there was a story titled “How Does Apple Price Its Products” which I found incredibly interesting. I have decided to share the information in that article with you, but also expand this particular article to talk about all aspects of Apple’s pricing and why the products are so expensive.

Why Do Apple’s Prices Stay So Consistent?

If you have ever been to an Apple Retail Store, Best Buy, Staples, or any other store that sells Apple products, you will notice that the prices remain constant. You will be guaranteed that at each store, an iPad Mini will cost $329, a 27-inch iMac will cost $1,799, and an iPod Touch will cost $299. The prices do not change from store to store, nor do they run specials during the holidays or even on Black Friday. On the other hand, you may be able to find a certain model Dell computer for sale at Best Buy for $699, but Staples could be selling the exact same laptop for $549.

Apple’s pricing strategy is to remove the wholesale companies and sell directly to retail stores. By doing this, they limit the amount of stores that sell Apple products (notice how only “Authorized Dealers” have them) and they also control the price. In this example, lets say it costs Apple $600 to manufacture an iMac. If they manufacture 30,000 of them, it will cost $18 million in parts. Then Apple sells 2,000 iMacs to their authorized dealers for $1,000 each if and only if the dealer never lowers the price below MSRP. So Apple profits $12 million. Then since Best Buy has no choice but to sell the computer for $1,200, they make $200 for every one they sell. So Best Buy profits $400,000.

The reason these retail stores agree with Apple’s terms is because it allows them to make more money. Although Best Buy could’ve made $200 for each Acer computer they sold, they had to beat the price at Staples or customers wouldn’t have a reason to go to Best Buy over Staples. With Apple’s computer, however, Best Buy is guaranteed to make $200 on every one because even if Staples sells the same computer, they are under contract with Apple to sell it at $1,200 as well. This whole strategy of cutting out the wholesaler and controlling price allows Apple to pocket even more money themselves. In fact, Acer spent $9 million on manufacturing costs to produce $15 million in revenue – profiting 165% of the money they invested. Apple, on the other hand, spent $18 million on manufacturing and produced $30 million in revenue – profiting 170% of the money they invested. It may not seem like much, but that extra 5% profit Apple is making comes out to be $900,000.

To make things even better for Apple financially, they have created Apple Retail Stores. Their retail stores are able to order stock directly from the manufacturing line in China, which means they are not only cutting out the wholesaler, but the third-party retail store as well. When a customer buys the same iMac at an Apple Retail Store for $1,200, Apple profits $600 per computer. Using the same numbers as before (30,000 total manufactured units at $600 each and 2,000 going to each Apple retail branch), Apple spends $18 million on manufacturing and brings in $36 million if they sell the computers at their own retail stores. This is a 200% profit and allows Apple to bank $5.4 million more than they would if the computers were sold at Best Buy.

Does Apple Overprice Their Products? 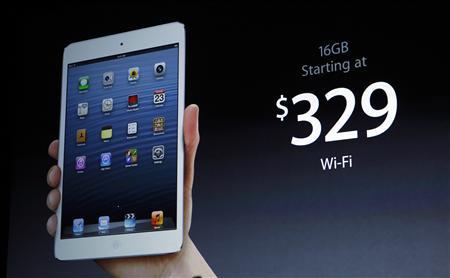 Back to what the Staples guy told me when I was buying my Windows laptop… The big question is: does Apple overprice their products? In my honest opinion, no they do not.

It’s really hard to know exactly what it costs a company to manufacture a product (unless they tell you), but I feel my previous estimates are fairly accurate. To build the entry-level iMac is probably around $600 (with an MSRP of $1,200) and to build a mid-level Acer is probably about $300 (with an MSRP of $800, but only having to pay $749 at Best Buy).

If you think about it, Apple manufactures most of their products out of high-grade materials. Macs, iPods, iPads, and even iPhones are all made from aluminum and glass. However, Acer’s computers are primarily made of plastic and the screen might not even be made of glass (some are a matte plastic). The iMac’s MSRP is twice the manufacturing price while the Acer’s is 2.6 times the manufacturing price. In the end, though, Apple makes significantly more money than Acer because of some smart accountants on the Apple payroll.

Why Are Some Competing Products So Much Cheaper? 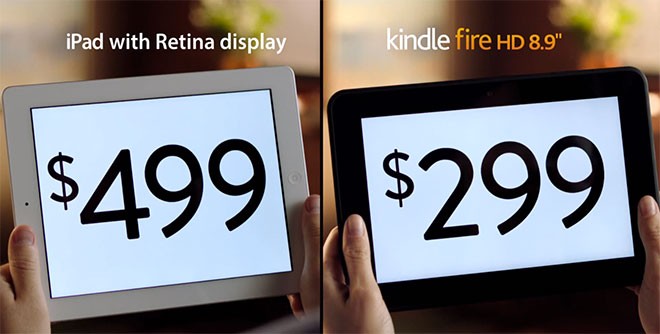 With all of Apple’s smart financial moves, you would think that no company can match the profits they are making. However, I believe Amazon has come up with a better way to profit from their customers.

Amazon recently introduced an 8.9-inch version of the Kindle Fire HD to directly compete with the full size iPad. The iPad is priced at $499 (probably only costs $200-300 to manufacture) while Amazon’s Kindle is priced at $299. Amazon’s CEO boasts that they make no money from Kindle hardware sales, which means the Kindle Fire HD costs $300 to manufacture.

On the surface, it may seem like Amazon is the loser in this fight, but they are actually the winner financially. Amazon’s Kindle platform is ultra-closed, meaning if you want to do anything on your Kindle, you’ll end up paying Amazon in some way. Want to download a book? Pay Amazon $10.99. Want to rent a movie? Pay Amazon $5.99. Want to buy an MP3? Pay Amazon $0.99. Want to download an app? Pay Amazon $1.99… The list goes on and on. On the iPad, the only thing that’s closed about it is the App Store. Other than that, you have freedom of where you buy your movies, music, books, and more.

In the case of the Kindle, Amazon is profiting grossly on them. They are almost guaranteed to make money after you buy a Kindle which is why they make the MSRP so low. With the iPad, Apple still profits $100-200 for each device they sell, but they could make even more if users download apps, music, and books from Apple’s dedicated stores. However, the advantage of going with the iPad is that Apple doesn’t force you to use their dedicated music and book stores.