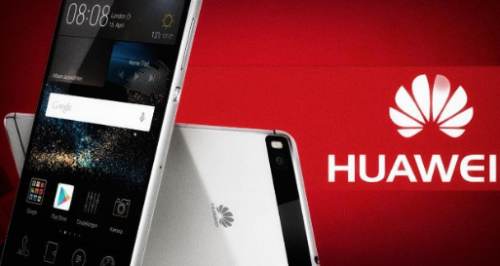 Most brands have to deal with worse Tweets coming accidentally from a corporate account, but considering the intense market battle between Huawai and Apple, this didn’t look good for their brand.

Last year, Huawei became the second largest smartphone vendor in the world, so they’re under more pressure than usual to stay in line. By using a competitor’s phone to Tweet, they hurt their brand by telling the world that they weren’t using their own brand of phone. As you can imagine, screenshots of the Tweet were grabbed and sent across the wildly popular Chinese social network Weibo.

As with everything on the internet, the snapshot was quickly grabbed and spread across social networks. Of course, people used this against the brand and it’s why Huawei senior VP Chen Lifang said this event had “caused damage to the Huawei brand.”

According to a leaked internal memo, two employees who are responsible are having their salaries reduced by 5,000 yuan (that’s around $730) and the digital marketing director will have their income “frozen” for a year.

According to Reuters, the mistake happened when their social media handler experienced “VPN problems”, leaving the employees no choice but to post the Tweet in a different way.

VPNs are a way that some companies get around the blocks on social media networks (short list here that work in China). Although, Apple has heavy blocks on a lot of VPN apps, so technically it would have been easier for them to use an Android phone in the first place.

These employees were stuck between not sending out a Tweet when it was important and trying to not get their own brand in trouble. When the VPN had issues, that’s when they decided to use the iPhone. There are some VPN apps for iPhones that would have given them the ability to send this Tweet.

Huawei is under pressure recently with their CFO currently faces charges of fraud and the US government banning the use of their products in all government entities. In the near future, Huawei might be banned in private firms in the US as well. This has lead other governments across the world to debate using Huawei devices to keep secure.

China has a legendary ‘Great Firewall’ as it’s referred to. This makes it hard for a lot of people to access the usual internet. Most people use VPN’s to access the internet there, but over time they can be shut down if they are not registered.

With so much fierce competition in the marketplace, brands are scrambling to stay ahead of the marketplace. Little errors like this can end up hurting the entire brand and that’s why they were so harsh against their employees for this. It seems less serious than other branding mistakes out there, but it it’s still a big deal for Huawei.