This is a review of the UtechSmart Gaming Keyboard which is known as the Saturn.  This is a color LED backlit gaming keyboard that has 19 non-conflict keys that gives you near mechanical performance as most of the keys you would use most often for gaming are non-conflict and won’t interrupt or have register issues in a time when you need every keystroke to be perfectly recorded.  The uTechSmart Saturn has been the primary USB keyboard I have been using for the last year or so in my house and I was happy to replace it with the newer model. Use Coupon Code draronb1 and get 10% off!

Unboxing the Gaming Keyboard and Comparing Against older Saturn Model

Now the only major differences besides the backlit keyboard color options are the swapping of the FN and Windows key, this means you can hit Windows+E and Windows+D all on your left hand alone which for me was done pretty frequently, so this was a welcome if minor change.   Though I will admit my hands were used to using the volume controls with that left FN key and I had to learn some muscle memory to use the FN and Volume buttons with the right and left hand again after the key swap.

This written review of the gaming keyboard by UtechSmart came after I did the video review so will include a few little extra’s and notes that weren’t mentioned in the video.

Using the dial at the top center controls the brightness of the colors in the backlit keyboard, and using FN + F9, F10, F11 will set it to different color cycling patterns you can read full instructions in the pamphlet that comes with the color keyboard.  It can roll the rainbow effect cycling the colors from left to right, it can do breathing effect where it slowly goes from off to max brightness and back, and it can stay solid either a single color, or alternate between the various patterns where the keyboard is divided into many sections of color.  This is one of the brightest and most colorful color keyboards I have ever used and reviewed.

Typing on the keyboard was  pleasure, the keys are responsive and give a proper response without sounding too loud, the clicks are loud enough to register but you won’t annoy any close by family members too much by typing frantically.  The only key that I found to have an unusually loud response ironically is the backspace key, it is much louder and has a clicking when pressed that doesn’t happen with the other keys, it may be just this unit but the backspace key for me had a louder sound and click like response than the other keys. 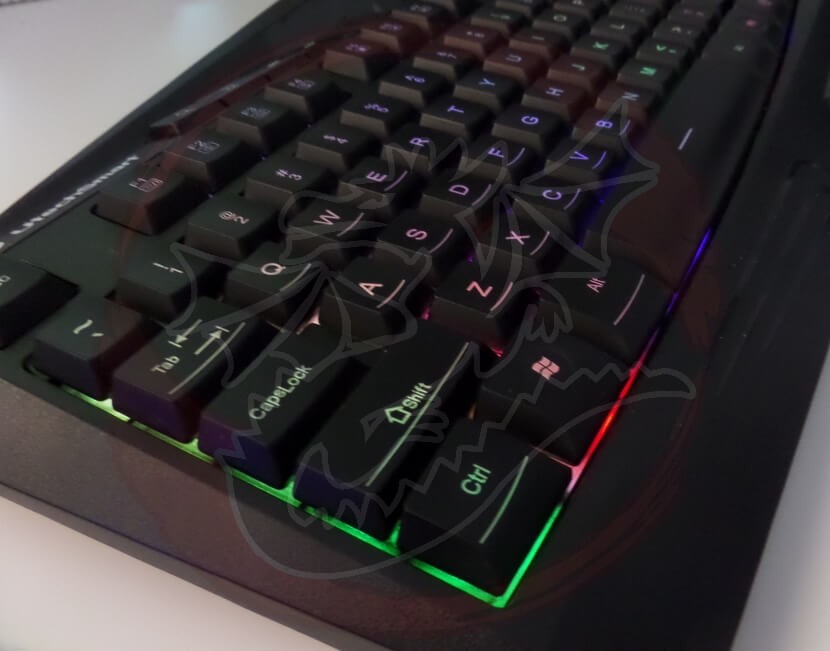 The UtechSmart Saturn Gaming Keyboard was a pleasure to use and review and as far as keyboards go it is highly recommended if you want not just a colorful keyboard but also a USB keyboard that can give you non-conflict keys, is responsive, fairly quiet and even has a few other handy function buttons built in. 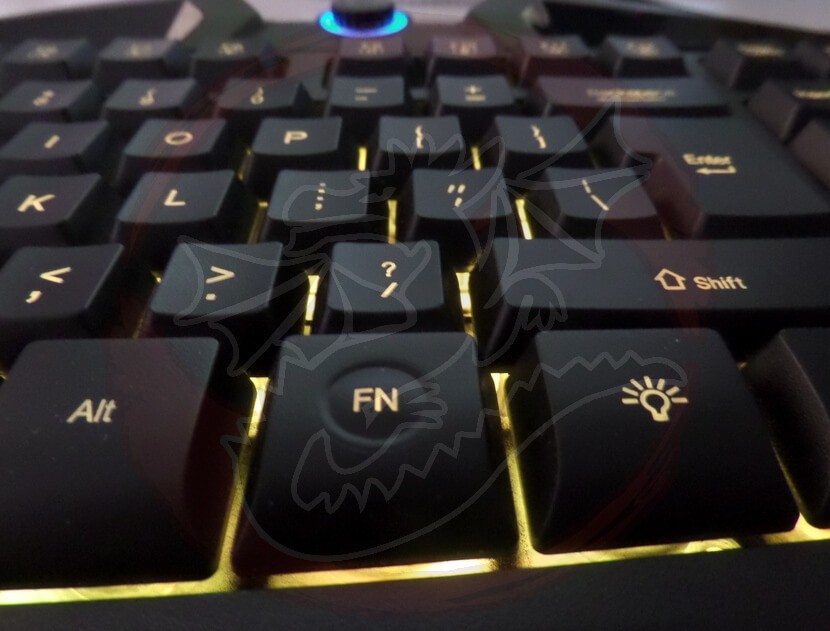 There were two features I wish were added to a future model, one would be specific separate custom Macro buttons like M1 – M4, and the other being 3.5mm audio pass through for PC cases that are sitting under desks but either way I think this is a fantastic gaming keyboard and well worth your time to look at.

Order this gaming keyboard now and use Coupon Code draronb1 and get 10% off!