There is a pretty good possibility that you are a hardcore gamer if you read these lines since you love buying many video games and you always seem to want more. The problem is that this is automatically quite expensive and requires a substantial budget. This makes many opt for pirated game versions. After all, what is the harm in playing these? Since many will start pirating video games anyway, there are some rules and facts that the gamer needs to know. 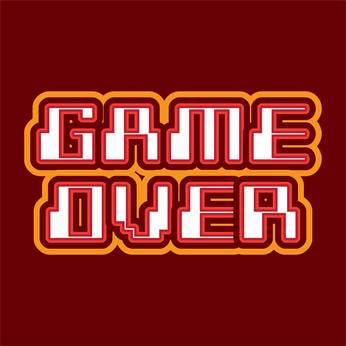 If you are caught playing a pirated video game version or giving it to others, it is against the law. You knew that but your excuse is usually that you just want to try the video game before buying it. According to the Noll Law Office in Springfield, IL, most people caught pirating video games say they just wanted to test it and that they were going to buy them. In most cases this never actually happens.  Many games have demos that you can try a game and in this day and age you can watch video game play online to determine if you would like a game or not without even having to really try it.

When you look for illegal copies of video games or pirated versions, there is a pretty good possibility that you will come across many copies you should never have on your computer. They might include unwanted viruses, malware, spyware and much more.

In some cases you might end up downloading a pirated game version that includes a keylogger. This is particularly damaging because the one that gave you that copy can now see everything that you write on your keyboard, including passwords and highly important, sensitive information.

Some really smart or troll game developers fully acknowledged the fact that piracy was going to happen. Because of this, they actually released pirated versions online for people to get. The problem in this case is that what you get is most likely a lot different than the actual games. In many situations the game stops right before the ending or you reach a level that is purposely coded in a way that you can never finish it. Basically, the video game company is trolling those that download pirated versions instead of buying the game.

There Is No Justification For Video Game Piracy

The idea mentioned above, the one that you will end up buying the video game since you just try it now to see if you like it, is definitely not a justification. There are so many ideas that come up and that people use to justify downloading pirated video game versions. All of them are wrong. The best thing that you can do is to buy the video game. Anything else is illegal.

We should also mention that when you pirate a video game you make matters worse for the entire gaming community. Developers have to cover the amounts lost through piracy so they have to sell games for more money. If nobody would pirate video games, the top ones that everyone loves would actually be cheaper.