Do you ever think about the actual difference between typical PC games and VR (Virtual Reality) games? Technology is spreading rapidly with new and exciting features. It is not a long day when people don’t even think about PC games. Now, VR games with VR accessories are occupying the position of PC games. 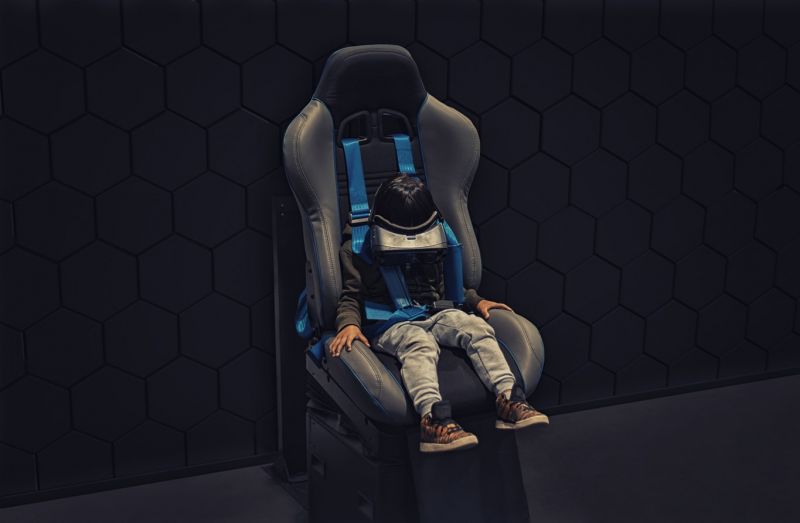 As VR stands for Virtual Reality, VR games bring an extra taste to the gamers. As Virtual Reality is designed to unleash the power of your imagination, VR games have brought out a great revolution in the gaming industry.  VR games give three-dimensional gaming environment to feel like you are playing the game in real life. The gaming content allows VR games to take control over PC games. Genres like shooters, adventures or simulations are great to play with VR technology.

PC games are the games that need a computer to play. A person having a computer can play PC game without investing more for the console.  The popularity of PC gaming is decreasing due to the immense gaming experience of VR games and Smartphone games.

Brian Crow, a team lead of AssignmentMasters said, “Though VR games are raising its popularity very fast, it will take decades to pull down the trigger of PC gaming.”

Still, lots of PC games are arriving on a daily basis which is great news for PC gamers. Call of Duty: Black Ops 4, Shadow of the Tomb Raider, Assassin’s Creed Odyssey, Battlefield V, Darksiders III, Forza Horizon 4, and Soulcalibur VI are some of the upcoming PC games in 2018-2019.

So, what have you decided? Do you want to take the test of virtual reality or play high-end PC games? Let’s check the pros and cons of both gaming platforms.

Immersive Experience: A VR game allows the gamer to observe the game by getting inside of it. The player can feel the actual game with the use of 360-video content and dense graphics.

Going Beyond the Screen: Like the PC games or console games, you do not need to play the games on your large flat-screen TV or big monitor. They are not giving you the real taste of playing. VR games allow you to feel the virtual player and let him fight with the zombies in real.

Modify The Gameplay: VR gamers can modify their gameplay to their suitable backgrounds. Developers are working to improve the ultimate VR gaming experiences that can also work with the human senses.

Gaming Content: VR technology plays a significant role in creating almost real gaming content. The first person VR games are rising by leaps and bounds due to its exciting features that include shooting, fighting with hands or legs, flapping your hands or walking around the room when you are VR gaming.

No Law for The Content: As VR games are created for the virtual world, there’re hardly maintained laws in the virtual reality. Users can say and do things in these worlds that are illegal in reality.

Addiction: VR games can be addictive and decrease our social value. When a gamer is too much addicted to VR gaming, he/she may be less inhibited than in real life.

Cheap Games: If you want to play free or cheap games, then PC gaming is ideal for you. There are lots of cheap and free games that you can play on your PC. You don’t need to pay any buck to play these games.

Different Modes of Playing the Game: You can play your PC games with your keyboard, mouse, or some other dedicated peripherals like racing wheels and HOTAS setups.

Higher Settings Can Dodge VR in Gaming Race: You can play PC games like World of Warcraft, Witcher 3: Wild Hunt with max settings. Though VR accessories are rising too fast, you can feel more comfortable playing these games in PC with maximizing your settings and upgrading your hardware.

Constant Hardware Upgrade: There are a lot of PC games that need higher graphics and constant speed. To do this, you may need to upgrade your hardware frequently to play this game. You need to sacrifice a lot of money and purchase expensive PC hardware for upgrades.

A lot of PC games are arriving on a daily basis which is great news for PC gamers. To keep pace with modern technology, the game developers come with unique and approachable ideas to enchant the users with the virtual reality. VR games are still in developing mode. There are not enough accessories available to play VR games. No doubt, VR games are much better than typical PC games. But, PC games are still more popular than the VR games.

Sara Williams is an editor, journalist, writer from San Jose. She likes to read the world classics, play in video games and traveling. Almost all spare time she spares to reading. Meet her on  Linkedin and Twitter