If you are looking for something different from Walking Dead: The Game and hope for more than bashing skulls, you won’t regret playing this title. This is one of the few zombie games that don’t involve excessive and gratuitous violence, but revolve around solid narratives. Players are invited to discover each setting and get to know every character, instead of blazing their way to objectives that mean little to them. 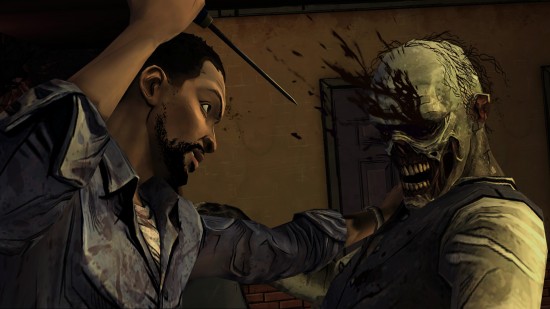 Stand behind the choices you make

You assume the role of Lee Everett, a character that is shrouded in mystery and whose path is uncertain enough to keep you guessing. Not knowing if our hero is a killer or not, bodes well with the rest of the story, because the character grows from the first minute of play. Lee is supposed to help little Clementine reunite with her parents, and survive the daily perils posed by the invasion of the zombies.

Times are tough and in moments like these, the decisions you make weigh heavier, so don’t be surprised if Lee is pit against difficult choices very often. You will often need to decide who lives and who dies, as time is short and you can’t save everybody. It is not only making a decision that is difficult, or the limited time that you have at your disposal to choose an action or another. The true challenge is to shape a character that is convincing and coherent, because there will be consequences for every decision. 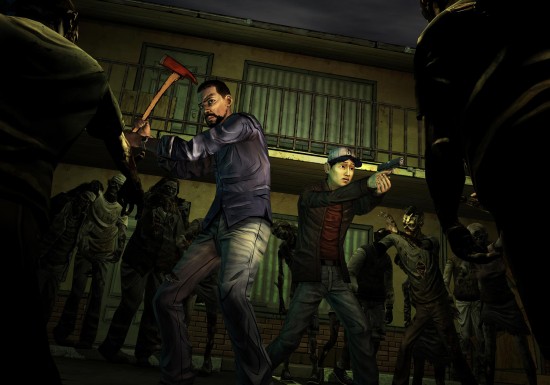 If the developers stay true to their word and future installments will grow naturally on this first episode, it will be very interesting to see how other characters perceive our hero. Dialogues are smart and the voice acting impeccable, so it is a pleasure to talk and listen to other characters, but you should think twice about what you are saying. You have a limited period of time to give an answer, and what you say will be remembered and the other characters will interact differently with you.

The lack of difficult puzzles is compensated by the sheer depth of the human interactions, and what the game lacks in action it makes up in depth. Replaying a mission is rewarding because you see how making different decisions will impact the narrative, and you can have many takes on the same story. There are of course enough combat scenes to prevent the game from turning dull, but fighting the undead always remains a secondary activity.

If you’re looking for a diversion and want to see how a game featuring zombies can avoid turning into a bloodbath, don’t hesitate to check out Walking Dead: The Game. It fully deserves 4 1/2 stars out of five and the official trailer brilliantly captures the atmosphere of this type of, therefore is worth watching.