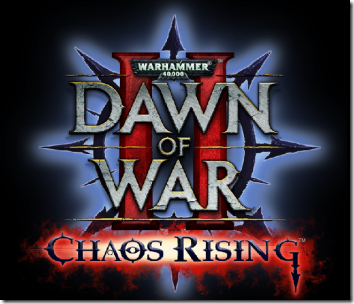 I am big on Real Time Strategy games also known as RTS games.  I have played the original Dune back on Commodore Amiga, followed by Warcraft, Starcraft, TA, Age of Empires, and Warhammer 40k: Dawn of War.  I recently bought and played Starcraft 2 back in the summer of 2009 and enjoyed the sequel to that genre as well.

So when I picked up Warhammer 40k: Dawn of War 2 + the Chaos Rising expansion pack for $20 from Amazon.com digital download, I thought it was  good way to get back into an RTS game that was a little more tactical than Starcraft but similar in setting and theme.  I got more than I expected with DoW 2 as this game is far more tactical than I anticipated and has an incredibly unique feel to it.

Now Warhammer 40k board game series with miniatures has been around a long time, and I didn’t really play it more than once but from what I can tell DoW 2 does the best job of bringing the board game (no board) to the real time PC genre.  Even better than the first Dawn of War if you like the pure strategic combat system and don’t care for the base building aspect.  In fact in DoW 2 there is no building bases, buildings of any kind at all.  The game purely focuses on the mechanics of controlling small squads of units and optimizing them for tactical combat purposes.

The game has many role playing elements in it, where you can customize weapons, armor, items and attributes as each of your unit “heroes” goes up levels they get skill points to distribute.  Want to make one hero a melee warrior, and another a gunner, no problem! 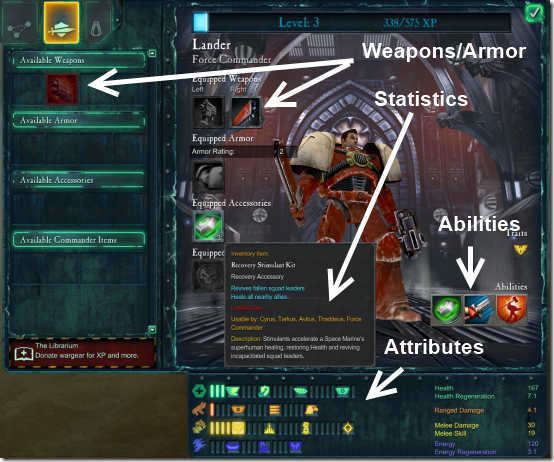 In between each combat mission you will have an opportunity to level up your squads, choose and equip weapons, armor and items to help you on your next mission as well as donate gear you don’t want to boost your XP and level up faster.  The game does an excellent job of requiring balance, where some missions need stealth, others brute force.  Some weaponry is ineffective against vehicles and other weaponry is needed to detonate buildings or do area wide blasts. 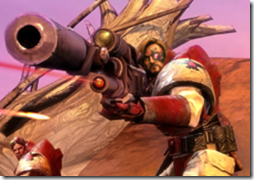 I love the RPG aspect of it and you can customize your various squads uniquely for replay as well, make your Force Commander a melee squad the first time and then change him to a ranged specialist in the next game for variation.

Example would be Cyrus in the picture to the left here, his squad are similar to “Ghosts” in Starcraft in that they can stealth, use sniper rifles and make good scouting and ranged support.  Unlike starcraft, you can put a shotgun in their hands which do wide area damage, or equip various support items like mines and other weaponry to give them the ability to lay down a foundation of defense before incoming baddies attack.

The game has a great combat system that is similar to both the original Dawn of War mixed with Company of Heroes.  You move squads and are shown “dots” on the map when your squad walks, white dots means your units have no cover and are in the open, yellow dots is partial cover and helps your units avoid damage, green dots are when your units are bunkered down behind walls or structures and have lots of defense. 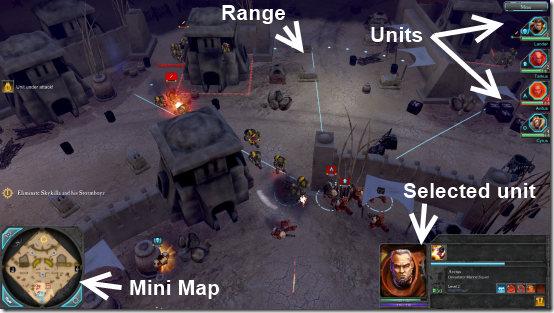 The game is pure tactical, like a real time Fallout Tactics, and you have to make sure to leverage your units as best as possible.  My only issue with the game is often you have so much action going on at the same time, I wish you could pause it and reassign squad tactics and then unpause like you can in the Fallout 3 game. The battles are fast and furious and there is nothing more frightening than when an enemy hurls a grenade at your squad as you scramble to avoid the explosion that kills almost an entire squad in one blast.

Though the game play style is not like Starcraft 2, the story line is incredibly similar.  You will battle zerg like creatures called Tyranids which have a hive mind and attack in incredible numbers.  You will fight Eldar which are what I call an “Elf / Protoss” race that mixes technology with magic.  In fact some of the missions and scenario’s are so similar to Starcraft 2 you would think SC2 stole most of their ideas from Warhammer 40k: Dawn of War 2 which came out a full year before Starcraft 2 did.

If you want a Real Time Strategy game that puts heavy emphasis on tactical unit combat and avoids base building altogether there is no better game than Dawn of War 2 + Chaos Rising that I have found.  It levels the playing field completely and my favorite aspect of the game is multiplayer campaign which Starcraft 2 doesn’t have.  My son and I play the same story campaign controlling 2 squads each as we try to mesh and coordinate tactics together.  We decided to split up one mission and try to surround an enemy only to be picked off without each other’s support as backup and I enjoyed watching the failed strategy!

I highly recommend you pick up a copy of this game and the expansion pack CHaos Rising for yourself.  Note there is a new game Dawn of War 2 Retribution coming out in March of 2011 which will have campaigns for other races besides human. One good thing to note is that in a day when video games are costing more than $50, you can find the DoW games for under $30 dollars even new, the older ones are less than $20!

I would give this game 5 out of 5 stars for the Real Time Strategy genre, but it is a graphic hog.  I have to play the game at the lowest graphic settings on my 512mb  7600 GT Nvidia card or else it lags too bad.  I really need a new PC as my 3 year old PC isn’t holding up with the newest games very well.