Think of any mobile gaming chart and Garena Free Fire has probably busted it. The battle royale game was the most downloaded mobile game last year according to App Annie’s data, retaining its crown from 2019. More than 100 million players worldwide log in to the game every day, landing onto a virtual island in an attempt to outlive each other and become the last man standing. To experience this game for yourself, remember to get some Free Fire Diamond Pins! We’re sure you’re going to need them after reading this article anyway. 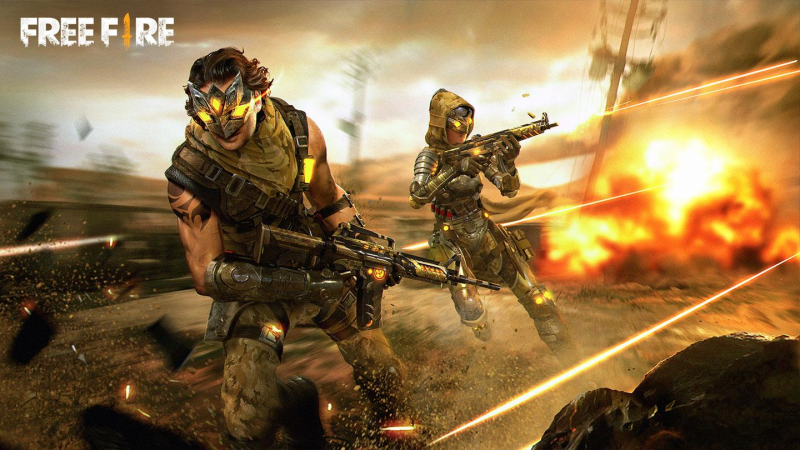 Aiding the players in the high-octane action has been the impressive arsenal of weapons: from frying pans and katanas to grenade launchers and high-calibre shotguns and snipers. There are choices aplenty in Free Fire but the kill-or-be-killed gameplay dictates players to think on their feet and select the best tool for their preferred approach. That’s where we come in!

We have listed the four best weapons to help you in your quest to become king of the island. Keep an eye out for our entries and make them a regular in your weaponry. Conversely, we understand how detrimental bad weapons can be to your progress and have provided you with some names to avoid. Here’s the list of the best and worst weapons available in Garena Free Fire. 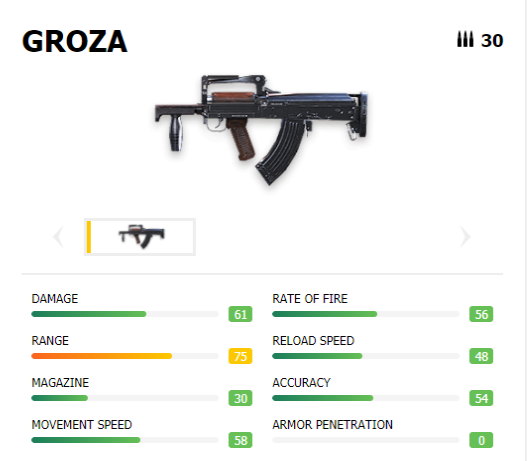 Dubbed the king of guns, GROZA is an unbelievable assault rifle with an impressive range, but can just as easily be used as an SMG. With the base damage stat of 61 and 75 range, GROZA is on par with upper-tier assault rifles. You can initiate as well as end engagements from range. And the rate of fire (56) and accuracy (54) allows you to rush in to confirm kills or survive close-quarter combat. The best of both worlds! 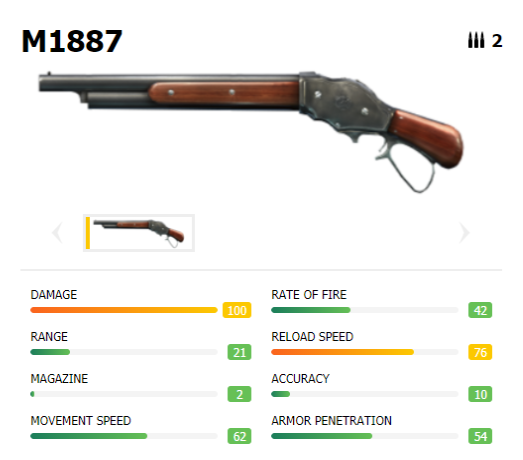 SMGs are well and nice, but this 100-hit-damage monster is devastating at close range. Like all shotguns, the M1887 is simple and useful for someone still learning to aim while keeping their heads on their shoulders. It is accessible, easy to find, has a magazine capacity of two shells and reloads way faster (76) than any other shotgun. And while there’s no slot for an attachment, the damage output and stability means you wouldn’t be yearning for one. Crazy rushes and jump shots will take practice to pull off, but beginners will find M1887 wonderfully lenient. 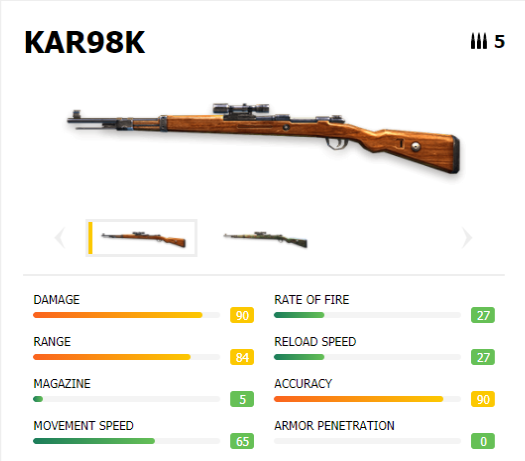 Sure, the AWM hits harder and longer, but Kar98k will inevitably become your default sniper. While an AWM needs to be looted from airdrops or fallen foes, Kar98k is easy to scavenge and loot. The 90 damage and 84 range means you can still reliably one-tap enemies if they aren’t sporting helmets. Remember, all the usual sniper caveats apply: the fire rate is sluggish, and the bolt action mechanism means you’d be taken out of the scope after every shot. But it’s the most well-balanced weapon for those who deal death over an extreme range. 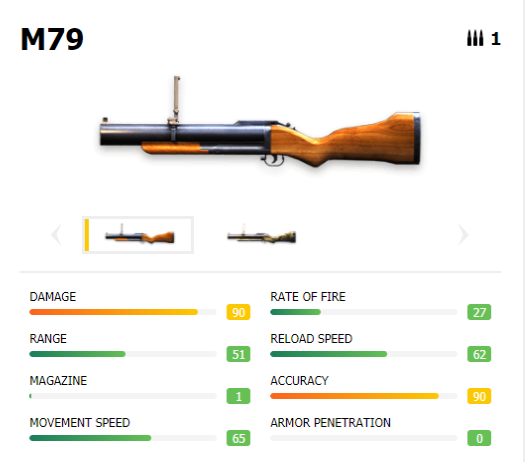 For our last pick, let’s indulge a little, shall we? While our previous entry, Kar98k, made the cut for being easy to find, M79 gets in because it’s a novelty weapon. The grenade launcher is tough to get your paws on, but once you do, it could be an absolute game-changer. The 90 damage base stat and 62 reload speed means you’ll be dealing tons of damage relatively rapidly. The area-of-effect damage blows people away, and just as easily demolishes buildings and vehicles; all with the accuracy (90) to rival assault rifles. 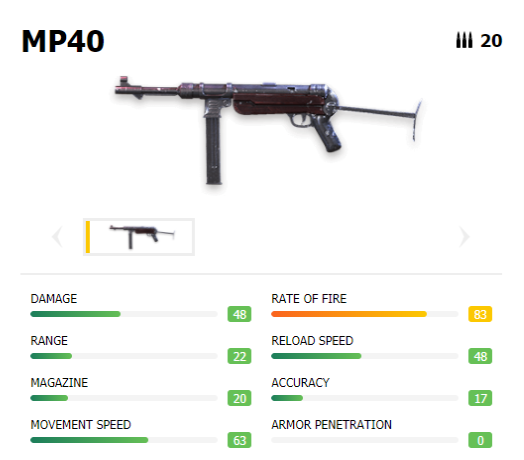 Discounting the newly-introduced Vector, MP5 and MP40 are the least damaging SMGs in Free Fire. And between the two cousins, it’s the latter that fails at almost every criteria. MP40’s clip size is 20 and the reload speed is 48, compared to MP5’s 48 and 77. The MP40 is best used in close quarters, and even up close, the low accuracy (17) means spraying is ineffective. Further solidifying its position as a bad pick is the MP40’s inability to equip any attachments other than a magazine. 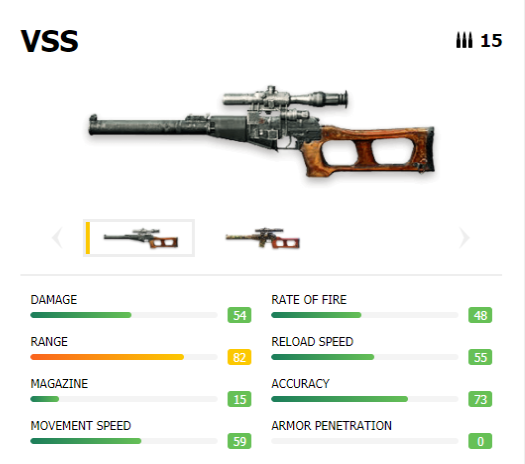 The VSS is caught in no gun’s land. It comes pre-attached with a 4x scope, but the damage output of 54 is nowhere close to even the weakest of snipers. It is listed as an SMG, but the lowest firing rate in the category makes it tough to use over medium range. The magazine count of 15, too, leaves a lot to be desired. It is a silenced rifle, which means it can work as a backup option when you need to pick off people quietly. But 0 armour penetration limits the output. And just like MP40, you can equip no attachments other than a magazine. 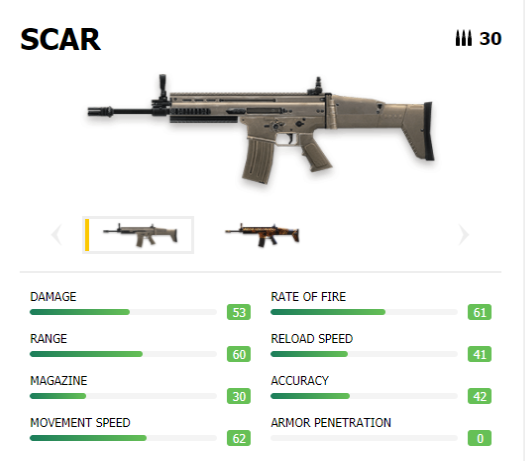 On paper, low recoil and decent accuracy makes SCAR a good pick for beginners. But the assault rifle outlives its usefulness rather quickly because of overall low numbers. The joint-lowest damage (53) and second-lowest range (60) means SCAR is a liability as to the main assault rifle. It comfortably loses the battle for being the secondary weapon to a top-tier handgun, SMG or sniper, depending on your preferred range. SCAR is balanced, but you need to mix and match attachments to truly find value with it as the gun could be unstable during actual skirmishes. 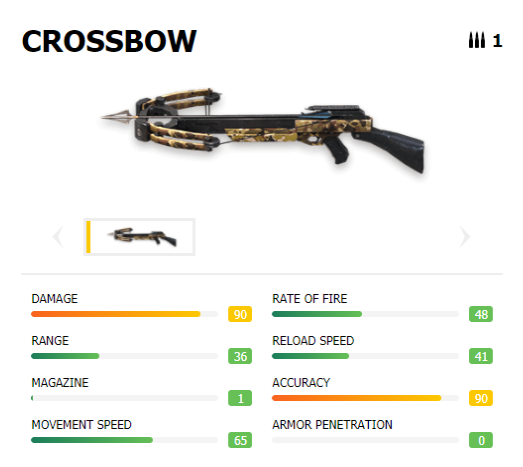 Ah, so you have chosen style points. In the right hand, a crossbow — an airdrop item — can be lethal. The 90 damage stat, combined with the bleeding effect, means a well-placed strike can win you 1v1s. They pierce through vests and helmets and are silent as well.

But a crossbow can never be a reliable weapon due to its biggest weakness: a magazine size of 1. Not only do you have to reload after every shot, but it also takes a long time. And just like the firing rate, the speed of the bolt is extremely slow as well. Unless you are skilled enough to make up for the slowness of the projectiles and line up shots just ahead of an enemy, you will find the weapon inaccurate.

A weapon is only as good as the person wielding it, especially with 49 other players actively trying their best to take you down. But Free Fire’s extensive collection of weapons gives ample opportunity to not just find your true fit, but also to learn which ones to avoid. We hope our list has made that process a little more streamlined. Do let us know your thoughts on Free Fire weapons, what would be your best and worst pick?