What is E2E testing and how does it differ from the other types of testing methods? Why is it important and when should a tester perform E2E tests? These are questions that we’ll answer in this short read.

If you need to get some mobile testing services done but your team simply doesn’t have enough time or experience to do it yourselves, your best bet would be to work with a third party software testing solutions provider. 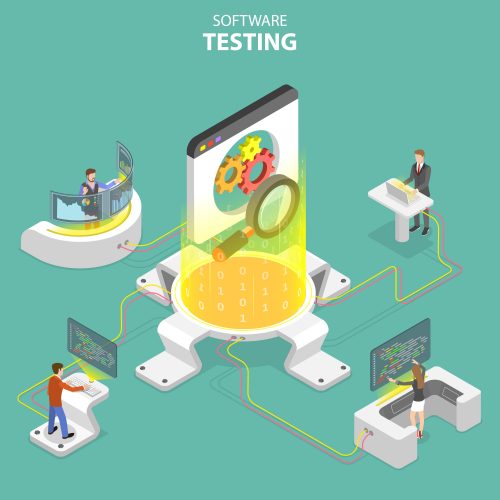 What is end-to-end testing?

E2E or end-to-end testing is a simple enough software testing methodology that testers do to check the flow of applications from start to finish. It’s a type of testing that simulates real user experiences to make sure that an application processes data with accuracy and integrity. It checks whether the app can handle real-world simulations by accurately communicating with the database, hardware, interfaces, network, and other applications.

Why is E2E testing important?

Nonetheless, the communication between these subsystems is crucial in ensuring that the app works exactly as it should. Miscommunication can be a costly mistake, especially when you’re dealing with your users’ data. When a subsystem fails, it affects the application and the user experience as a whole.

How is E2E testing different from the other types of testing?

E2E testing isn’t a unique testing methodology for all intents and purposes, but it is different from other testing methodologies that share similar goals and efforts. It’s a more inclusive and comprehensive way of testing, and it’s definitely not just a few functional and unit tests tied together.

For example, E2E testing is different from functional testing because it crosses multiple applications, it makes sure that the processes keep working after tests are made and changes are performed, it tests for multi-user interaction, and it focuses more on the steps taken rather than just the results.

E2E may share some goals with integration testing too, but rather than just check whether the components work together correctly, E2E testing also ensures that the user journey is as expected. Subsystems may pass integration tests with flying colors but fail on E2E tests.

While user acceptance and user interface tests also replicates real-world scenarios, the perspectives are different and the defects found in each test may be different from one another. Some efforts may be duplicated with UA and UI/UX tests though.

When should you perform E2E testing?

E2E testing is usually performed after the application passes the system and functional tests.  However, in continuous release and development apps, this would mean that E2E tests are regularly performed upon finishing a function or a feature, or before every release. Like any other test methodology, the lifecycle begins with planning and design, and ends with test execution and results analysis.

Outsourcing mobile testing can be a very wise decision. It works best for those with limited resources and manpower to do accurate, reliable, and timely testing in time for the release of their mobile application.