The term “malware” is a mixture of two words – “malicious” and “software”. The term malware is used to describe any malicious program on a system. Malware or malicious software refers to several forms of harmful software that include computer viruses, worms, Trojan horses, ransomware, spyware, adware, scareware, rootkits, bots and other intentionally harmful programs.

Malware is defined by its malicious motive which acts against the requirements of the users. It is a web threat that steals users’ data. It primarily focuses on gaining access to users’ information in any way possible.

There are numerous types of malware that can infect your PC. The types that can steal your data are called information stealers. They perform a variety of tasks, like recording the keys you press, capturing screenshots of your desktop at random time periods. This information is then sent to the cybercriminals. This way, the hacker can steal any of your personal information.

Let’s take a look at the different kinds of malware and their impact:

Viruses have the ability to affect multiple files on a PC. They can also spread to other systems when infected files are sent via email or are carried by users on storage devices such as USB drives, CDs, DVDs, etc.

Adware is the malicious program which automatically delivers ads to host computers. Most common kinds of adware include in-program advertising and pop-up ads on websites, etc. Other kinds of adware use tracking tools to collect information about your location or your browsing history so as to send targeted ads to your system.

You can easily remove adware from your computer by searching for adware removal tool.

As per the name, spyware spies on what you’re doing on your computer. It collects data such as your browsing habits, keystrokes and even login information. The information is then sent to third parties, typically cybercriminals. Spyware can also alter specific security settings of your system or interfere with your network connections. Some new types of spyware may even track users’ behavior across multiple systems without their consent.

When ransomware infects your PC, it encrypts sensitive data such as your personal documents or photos and other important data. The ransomware then demands a ransom to give back the data. If you refuse to pay the money, it deletes the data. Some types of ransomware even lock out all access to your PC.

Trojan Horses or Trojans hide inside your systems by masquerading themselves as legitimate files or programs. Once downloaded and installed, they can make changes to the computer and carry out malicious activities without the consent of the user.

Worms don’t require human assistance to spread and infect computers. Once they infect a PC, they use computer networks to spread to other systems. By simply exploiting network vulnerabilities such as weaknesses in emails, worms can send several copies of themselves for infecting new computers. Most of the worms affect the system resources, thus reducing the system performance.

Rootkits are designed to actively hide their existence and go unnoticed. They allow remote access to a computer by a third party. Once installed on your system, they allow hackers to take complete control of your system so as to steal information or install other malware on your PC.

Bots are a type of malware which automatically carry out specific operations on a system. Once they infect a computer, bots can cause the system to execute specific commands without the user’s approval. Cybercriminals try to infect multiple computers with the same bot to create a “botnet” (robot network). The botnet can be used to remotely manage affected computers to spy on the victims’ activities, steal sensitive data and to carry out DDoS attacks on computer networks.

Malware are designed for different purposes which include:

How Does your System get Infected with Malware?

Malware can infect your system in any of the following ways:

Malware gets installed on a system without the consent of users and can cause a number of nasty effects. These include:

There is a common misconception regarding removal of malware. The misconception is that the infection will only be found as a file. But lately, more and more malware are installing a part of themselves as a service.

While scanning a system for infections, the standard approach is to scan and clean up the Run entries and other common startup entries in the beginning. The problem occurs when the log looks completely clean and still there are so many issues. After looking for the Run and startup entries, the operating system’s services should also be checked. If an unknown service is found in the operating system’s services, that service could possibly be loading the infection. 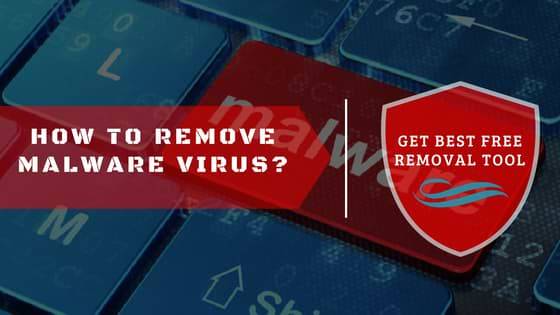 To avoid and remove malware, follow the given security measures: