Now more than ever people can benefit from screen capturing software for a number of different reasons and one of the primary drivers of this software is the increased adoption of working on your computer from home where the more applications you work with the more of a chance you run into an issue and get stuck and need some help.

From online entrepreneurs, to gamers to bloggers you can benefit from screen capture software for a number of different reasons.  You never know when an issue will be encountered that you may need to reproduce and create a recording to show the application or website support team, or you may have to provide an instruction or tutorial to someone and it is faster to simply record what you are doing on screen than to write out all instructions manually in many cases. 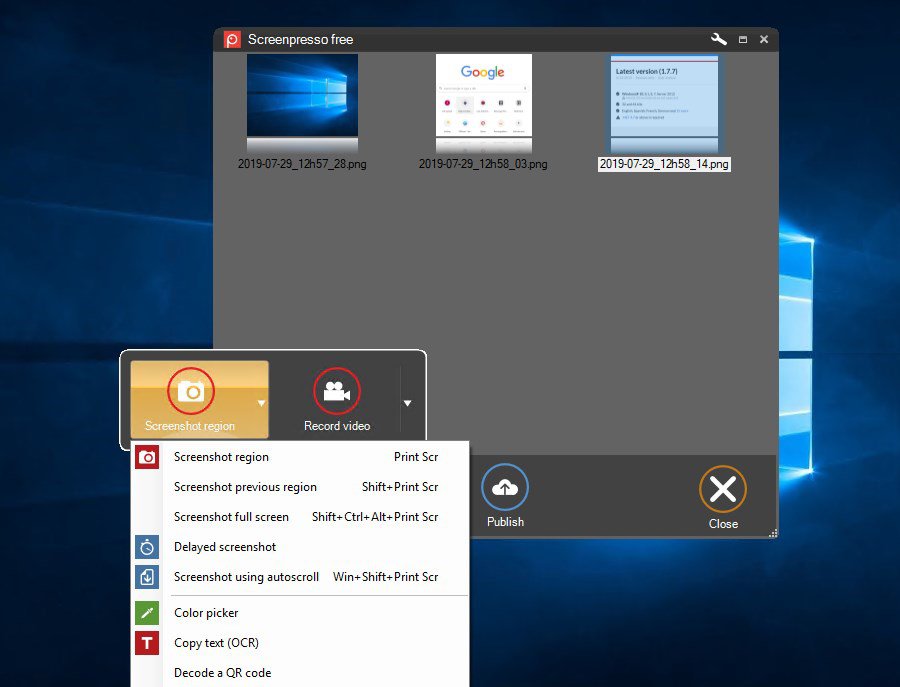 Some people underestimate how much collaboration happens throughout the day until we were quarantined in our home offices and realized that what we were missing is casual interaction, office banter and the spontaneous ad hoc meetings that look more like breakout groups and less like a conference room meeting.

Visual communication software of which screen recorders are a part of help fill this “collaboration gap” by allowing the sharing of information easy and quickly.  Almost as if you were there in person being able to show someone something looking over your shoulder.

While screen capture and screen recording have always been pertinent to today’s businesses, not everyone has been taking advantage or realize they are just as relevant for home users. Just take screen capturing software, specifically, for example.

This is a software that captures clips from computers or entire videos. It is software that can be immensely beneficial for anyone. The only problem is, not everyone’s been taking advantage or knows how to best leverage screen capture software. Well, that’s changed thanks to COVID.

There are a lot of competing products in this space, so you’ll need to know what qualities to look for in that screen capture software.

Screen recording software and how it can help

Just as a little recap for those that are new to the software, screen capturing software is pretty much what the name suggests. It’s a software program that allows you to capture your screen as you work..

It’s especially convenient when you have to share a complicated idea that involves implementation on a website or downloadable software. They say that a picture is worth a thousand words and that’s especially true where you are trying to write out a description of how to do something with a computer vs. just showing someone how to do it.

It’s also a great solution when you want to create high-quality training material that has to be used over and over again. You can put a lot of time and effort into writing scripts, working out the screen order, taking out filler words and downtime — all in the pursuit of high-quality training material that can be used for tutorials, how-do video’s, support Q&A and more.

Around The Clock Support

Being able to record your screen and applications and producing those tutorials can better facilitate offering around the clock support as well.  If you need to use a screen capture for your company you may want to invest in a screen capture software that includes 24×7 support vs the freeware open source stuff which can leave you short if you need help with the software itself.

Once that have an editing feature set can help without having to learn a full video editing software suite just to point out or illustrate specific parts of your screen recording.