There’s been a major switch from fossil fuels to renewable energy over the past few decades, but what energy system is the best? People want to know what is the most efficient renewable energy source is, but it can be difficult to distinguish between and how they are different.

The idea of renewable energy is that the products used to create that energy can be recreated, so you can conceivably create energy continuously without a loss to the environment. We’ve put together a guide that determines what renewable energy source is the most efficient and how that has changed over time. 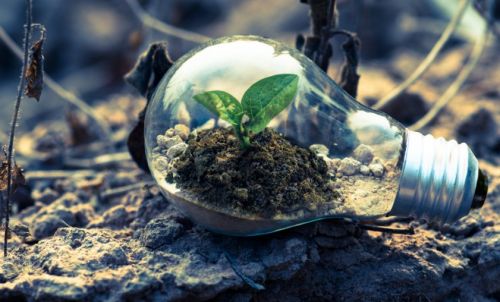 How Do You Determine Renewable Energy Efficiency?

How efficient an energy source is depends on the cost of the fuel, operation and maintenance costs of the facility and how uncertainty of the costs based on policy and other factors.

For example, if we examine solar energy, then we have the cost of the fuel, which is the sun and thus zero, the cost of the solar panels as well as the maintenance cost. Finally, we take these into account when estimating the output of the energy source.

The efficiency of a home roof solar panel could be significantly different than that of a massive solar field. In general, when considering the overall efficiency of the source, it’s taken on a large-scale rather than on a small home scale.

Over the decades, all renewable energy sources improved in efficiency thanks to scientific development of new materials and methods of creating energy. The most efficient energy source changes as these new methods and materials are developed.

The Most Common Types of Renewable Energy

There are several types of renewable energy sources. Each is used to create electricity throughout the world.

There are certain areas of the world that have steady wind at higher altitudes. The wind must be within a certain range that is high enough to turn wind turbines, but not so high they damage the machinery. The wind turns the turbines, which move the parts of a generator that creates electricity.

With solar energy, panels with a special conductive layer have a reaction when hit with sunlight. This reaction creates electricity that is stored in a battery. Lithium batteries are smart energy and often used in conjunction with renewable energy sources for electricity storage.

The planet creates its own energy such as steam and gas that we can tap into to power generators and create electricity. Geothermal energy is also used to create heating and cooling by using pipes located below the permafrost layer to heat and cool air to a standard temperature.

The world is filled with garbage. Tons and tons of it sit in landfills across the world creating flammable methane gas through the decomposition of food and other organic material. Biomass uses this gas to run an engine that turns a generator and creates electricity. While this is viable, it is a very dirty energy source and requires high maintenance costs.

The natural flow of water has been used for centuries to power mills, but it can also be used to create electricity. The high energy flow of the water turns turbines that lead to a generator and creates electricity. 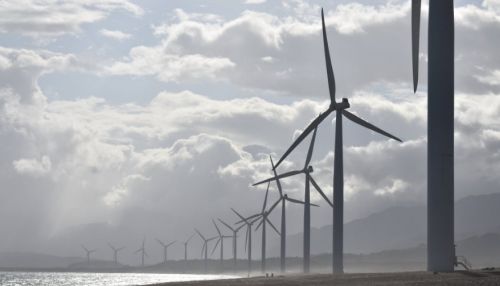 At this point and time, the most efficient energy source is wind energy. When factors such as cost of fuel, environmental and product costs, wind power come out on top over geothermal, hydroelectric and solar.

There are two main types of wind power: offshore and onshore. Onshore turbines are large and create more than 100 kilowatts of power per turbine. These are usually in windfarms and distribute electricity straight to the power grid.

Even small-scale wind turbines have rotors that are between 8-25 feet in diameter. It can be as tall as 30 feet and provide enough electricity to power a home. These are not usually found as a farm and more as individual turbines.

A large-scale turbine can be 20 stories tall with blades that are 120 yards long. A singular turbine can power 1,400 homes and is found in wind farms that contain dozens of wind turbines. They’re usually located in farm fields of other open areas where there is nothing to block the wind.

Much like large solar panels follow the sun across the sky, the turbines move in the direction of the wind to take the greatest advantage.

While it is the most efficient, wind energy isn’t perfect. The biggest problem is wind isn’t constant. Unlike a water flow or the sun, winds can change from day to day or even hour to hour. Also, wind can power several turbines, but other areas of the wind farm may not get that high of wind.

Location is also a problem because it must be in remote areas, which can be difficult to find. Wind turbines are also noisy and due to their size, difficult to construct.

While power is important, we also must consider the impact on wildlife. It’s estimated that more than 500,000 birds have been killed by wind turbines and that is expected to increase to more than 1.4 million by 2030.

While winder energy is the most efficient renewable energy source, all sources are growing in use throughout the world. As people understand the impact of fossil fuel energy production has on the environment, countries rely more on renewable energy every year.

Also, scientists and engineers continue to improve technology and materials to increase efficiency for all renewable energy types. While wind energy is the most efficient now that could change in the future.

If you want to learn more about renewable energy, the explore our site.