In today’s modern world, technology is king. With various worldwide companies vying for the most innovative, the most modern and the most advanced solutions to everyday life, things are developing at a supersonic rate. Technology is unavoidable – it seems that you can’t even watch a gig or live event without thousands of other screens blocking your view.

Technology is always being developed as a way of making our lives easier, saving time and in some cases, even saving lives. And while many inventions and technological advances are welcome, there are times when we wish these ideas hadn’t come to fruition. Here we’ll look at some examples of when technology goes wrong.

Smartphones and iPhones, in particular, are part of modern life, whether we’re catching up on our favorite TV shows, getting a social media fix, keeping in touch with friends and family or organizing our finances. The iPhone first appeared back in 2007 and has grown from strength to strength, however, there have been some instances of iPhones causing damage and even injuries to their users – find out more on this website.

The idea of a self-driving car makes sense. The prospect of taking real-life drivers off the roads and replacing them with cars that are controlled automatically, using a series of cameras, sensors, mirrors and other technological advancements would surely reduce driver-error accidents, right? Well, we could be wrong. There has been an incident where a woman was killed by a self-driving car, which led to more questions and concerns about the practicality and the safety of these devices.

It would seem that even the most basic of modern machines and technology aren’t immune to creating dangerous and even life-threatening scenarios. Over the past decade, thousands of washing machines and driers have been recalled by their manufacturers over fire safety concerns and electrical faults! Even for brands such as Brandt washing machine, it is important to regularly check your washing machine and if there is an issue, do get a professional to fix those problems.

We all want that one mesmerizing image. Maybe your eyebrows are on point, or perhaps you’re visiting a particularly beautiful viewpoint and you want to capture the moment to get plenty of likes and new followers for your trouble. Taking selfies is the norm and you don’t have to go far to see people striving for that one perfect shot. Thanks to technology, the quality of the cameras we have in our pocket is incredible and anyone can take beautiful pictures. Unfortunately, it’s this pursuit of beautiful photos that has led many people to their deaths! From travelers falling to their deaths from mountains and buildings to someone being electrocuted after their selfie stick was struck by lightning, technology and the selfies that come with it can be incredibly dangerous. 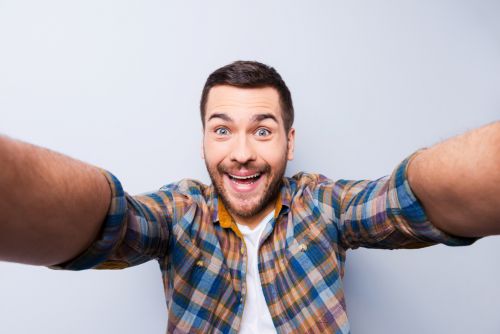 You’re carrying around an incredibly powerful, entertaining and alluring device in your pocket which makes them difficult to put down and inherently distracting. Sometimes technology is so good, we can’t take our eyes away from it, which in some cases can lead to injury and even death. Whether people are using them whilst driving, being hit by cars, not watching their children and resulting in injury or death, technology – in the wrong hands – can be dangerous!