Star Trek communicators with their Universal Translator is the ultimate goal of what I want to personally see with translation earbuds or headset that can in real time interpret the language being spoken and then correctly translate it so you hear what is being spoken in your native language. The processing power of the translation engine must not only be fast and be able to do this in real time but must be accurate enough to handle accent variations, nuance, slang and no doubts AI and machine learning is going to make these language translating earbuds more efficient in the upcoming years.

How Do Language Translation Earbuds Work?

So the answer is sort of, with Siri and/or Google Translate which is far better you can have your app listen and try to translate what is being spoken to you. Google Translate which supports over 100 languages has a big edge over Siri and even just speaking or having Siri or Google Translate listen to foreign languages in audio clips, you can see the difference. However these still trip up particularly on real time, it is too akward for the length of pauses needed for translation to occur it interrupts conversation quite a bit. It also can be inaccurate especially with accent variations.

In the meantime, even in early 2020 there are not many good translation earbuds on the market, with many receiving poor review marks and only a few brands holding top review scores in this area. Here is a list of the best translation earbuds based on reviews in the Amazon market.

Note, we reached out to a few brands for some hands on reviews but have been unable to acquire translation earbuds to do a hands on review ourselves, though we keep trying as we have a few editors who are bi-lingual and could help test them out for us. 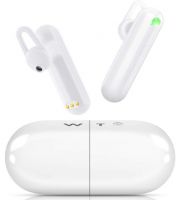 The W2 Language Translator now supports 40 Languages and has enough processing to account for 88 Accents. The WT2 Translator Earbuds are the highest rated and most recognized for their technology and capability here. The are a wireless Bluetooth Translator with the matching mobile App and are able to provide Real-Time Translation.  These earbuds function with both iOS & Android and include their own Charging Case.  The app includes 3 modes and you they claim they have the first AI-powered translation system. With Simul Mode people can talk non-stop in a quiet environment and the translation will be played continuously.  With Touch Mode you can more effectively get translation done in noisy environments as you simply touch earbuds to speak.  Finally there is Speaker Mode and in this mode it combines 1 Earbud + 1 App on phone with speaker. In Speaker Mode, only one person needs to wear an earphone.  With these earbuds it takes only 1-3 seconds to complete the voice recognition and translation. Now unlike regular earbuds the WT2 Plus is a professional language translation earbud product and solely dedicated to that person, it requires by default mode each person to wear 1 earbud for language translation.  These earbuds by WT2 also have an adaptive beamforming algorithm and adaptive noise cancellation which is based on a neural network and delivers crystal clear voice with almost every word counted without the distraction of background noise. The WT2 Language Translator earbuds do not support listening to music or making phone calls, they are solely dedicated for their purpose which is why they are so highly rated. 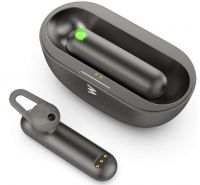 So if you don’t have the budget for the WT2 you can always look at the WT2 LITE earbuds which are much less expensive but only support 10 languages and 59 accents  instead of 40 languages and 88 accents.  The WT LITE can simultaneous perform 2-way translation for Arabic, Cantonese, English, French, German, Japanese, Korean, Mandarin, Portuguese, Russian and  Spanish according to product description.  This model supports 2 modes rather than 3 including the Touch Mode and the Speaker Mode which have the same description and function as the above model.   Now like the other model you have to pair it with the mobile app but this works when phone is on Wi-Fi and some users have reported some trouble with the app but it generally has positive reviews.  Like the other model you and someone you want to talk to must both wear and earbud and the translation is done and played back through the earbud.  This model also does not support playing music or making regular voice calls, you can’t use it as a replacement for your regular airpods for example.

Now, this isn’t a true language translator as much as an earbud that you can pair with Alexa and the Translated Alexa skill to help you translate English into other languages so you can at least speak short sentences in another language provided you are good enough to emulate what Alexa is telling you to say.  The supported languages by the Translated Echo Skill include, Arabic, Basque, Brazilian Portuguese, Catalan, Chinese, Czech, Danish, Dutch, Finnish, Flemish, French, French Canadian, Galician, German, Greek, Hebrew, Hindi, Hungarian, Icelandic, Indonesian, Italian, Japanese, Korean, Norwegian, Polish, Portuguese, Romanian, Russian, Slovak, Spanish, Spanish Latin America, Swedish, Swiss German, Thai, Turkish, and Welsh.  Again, you won’t be able to use these to listen to another language and translate it to English they require you speak English into the skill and it translates it to another language for you to say or understand.

Now this is just looking at Language Translation Earbuds, there are far more options with Language Translator Devices which you commonly hold out in front of you and have everyone speak into the translation device and it translates back to you.  These include some that have built in SIM card and do not require a Wi-Fi connection to work and include.