For this next roundup I went out of my way to try and get some more Mixer streamers to participate and showcase some interviews as my previous interview roundups were more dominated by Twitch streamers by a wide margin.  The video interview segment turns out to be very popular and by far the best way to showcase a streamers style and I have to say that our first featured Mixer streamer today left an outstanding video interview/bio that captures his personality, entertainment style and creativity as well as a sense of humor with some a few plugs.    It was a pleasure to meet and learn about these streamers this week and as always stay tuned, ask questions, and make sure to tune in and visit each one of them and let them know you saw them on dragonblogger.  Not uncommon is the high volume of Mixer streamers that stream from an Xbox One console as the obvious integration with Microsoft owned Mixer makes it an ideal fit.  Though more gaming PC streamers are showing up on Mixer, it is less common for me to see PlayStation 4 streamers on Mixer unless of course they are capturing PS4 play through their gaming PC with a capture card.

Finally if you haven’t seen the news if you are a Mixer streamer you can now setup autohosting which is a feature Twitch had for years.  This is where when you are offline your channel will host one of the streamers you have selected in your autohost list (you can manually have up to 50 streamers) and can set autohost rules like switching out after X interval so you don’t host someone too long if they are doing an extended stream…etc.  It still isn’t as featured as Smarthostapp which lets you auto-host people in Teams but it is a welcome feature addition to Mixer.  You can host in a specific priority list or randomize the hosting.  So take advantage of auto-host if you aren’t and help showcase your favorite Mixer streamers when you are offline.

On to this week’s streamer interviews 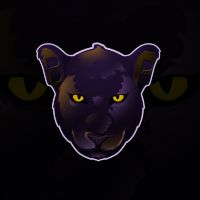 First up I was blown away by the awesomeness of bl4k_panther’s video bio and interview, he fit a lot into his just over 3 minute segment and you get to not only hear him explain what games he likes, when he started streaming but also how he came up with his name and what his original name was.  You learn that he has a history of streaming content that goes back to Justin TV days and Beam before Mixer and Twitch now.  Find out how he interacts and engages with viewers and chatters during his stream and more.

Thank you for sending me this excellent and entertaining video clip and I hope our readers enjoy it as much as I did. 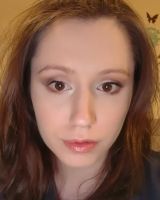 Hey!! My name is Abi! I started streaming on Twitch in January 2019 and never looked back. Streaming has always been something that I wanted to do, and well, here I am! I stream mainly Overwatch on PS4. Gaming is something that I have grown up with and always loved, I grew up playing the Kingdom Hearts series (I adore it!!) So being able to continue with this passion is incredibly important to me. I do have a full time job, I am a veterinary nurse which is very time consuming so cannot commit to a stream schedule right now. But, whenever I have a day or weekend off I’m fully committed to it. Being a small streamer can be tough at times, but honestly streaming has become a hobby that brings me a lot of joy. I have always wanted to create a community that is safe and welcoming place for everyone! I met my boyfriend via online gaming and so many incredible people through different communities. I hope to expand my streaming facilities in the future, to be able to stream from a well working PC is the dream, but would stay true to my console roots as well :) eventually I will be streaming single players on my channel. I have recently created a discord server which is, like my channel, a safe and welcoming place for everyone. Visit my channel if you like, I would love to see you there! https://www.twitch.tv/AbiiMarie Im active on twitter with the username @abimarie1006 Please come along and visit, my community and myself would love to meet you! 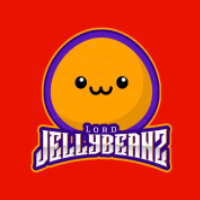 Hiya everyone! My name is Lord JellyBeanz and I’m a streamer/soldier/gamer! Lord JellyBeanz is actually a nickname given to me by my best friends during high-school, and it just kinda stuck. I’ve been streaming for around half a year, and I’m loving it! I’ve always enjoyed playing games, and one day my friend, who’s also a streamer, told me to give streaming a shot… so I did! I have a MixPlay board set up with some crazy sound bites on it, and I’m told it’s very entertaining to use. I wouldn’t know since I suffer every time a certain button is used. Unfortunately, as of now I don’t have a streaming schedule since army work makes it hard to have set times for other things.

If you want to hear more from me you can follow me over at https://mixer.com/Lord_JellyBeanz, and if you want, you can catch highlight vids and other shenanigans over at YouTube or @Lord_JellyBeanz on Twitter. 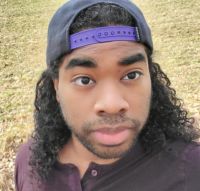 Hey, my name is Brian Ricardo! I am a variety streamer on Twitch with emphasis on the MMO, Final Fantasy XIV. I have been streaming consistently for about 2 years now. It has been an amazing journey and I am very grateful to my community. On my stream I play mostly competitive games and game modes. In FFXIV, I focus on PvP content. In other games such as Pokemon Shield, Overwatch, Rainbow 6, Granblue Fantasy Versus and Tekken 7 I focus on ranking up to the highest tiers on leaderboards! Another big aspect of my stream is helping. I play with anyone and teach as best to my ability. Even though I’m mostly playing competitive intense games I am pretty laid back and chill. You can chat about anything on my stream! My stream schedule changes consistently but my start time is usually 3PM EST to 11 PM EST, 4 days a week! The best way to know when i’m live is to follow with twitch notifications on, keep up to date with me on my discord and/or social media. 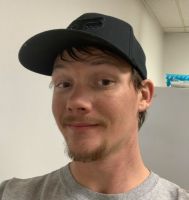 My stream name is slick1393 the way I got that name is slick is actually my nickname I’ve had it since I was 13 an I was born May 8th of 93 can’t really keep a schedule due to work so I stream when I can, I’ve been told that I’m very funny or can be an very enjoyable to be around. I’m just a casual streamer that enjoys gaming an connecting with others I stream as a hobby I have watched several streamers grow an still support them when I can they are now partners I’ve watched them since before they made affiliate, I would like to eventually get to partner as a goal but mainly I enjoy gaming an I don’t really stream anything specific I’m kinda a variety streamer but mostly play apex Im a father an husband an I work long hours an stream when I can my actual profession is non destructive testing technician Been streaming for Bout 2 years all together just got real big into it again recently now that I can afford the stuff for it What I do for work is I go in power,chemical,oil refinery’s, an nuclear plants an inspect the welds on vessels, tanks an lines Basically I keep them from having catastrophic failures an help keep the lights on.