Hello everyone, while I have a series where I do a Streamer Spotlight and showcase a Twitch Streamer everywhere, I thought I would do another series that just focuses on the newer streamers who are just starting out and have not yet had a chance to get a large audience yet.  So this is going to be my new “Who Are These Twitch Streamers” series and this is Part 1 of the series where I will feature up and coming streamers or streamers who have not yet become well known.  If you are a streamers (Twitch, Mixer, YouTube…etc) and you are interested in being part of this series feel free to contact me via the contact page and let me know. 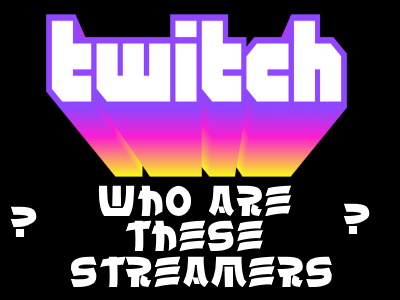 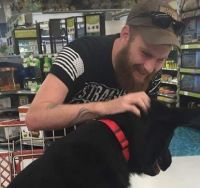 A little tid-bit on me is that I am a VERY dedicated gamer, Competitive and Casual gaming alike. I excel at games more like Final Fantasy XIV (MMOs) than I do things like Rainbow Six Siege. However, you will always see me on something that I get to shoot stuff. I spent about 5 1/2 years in the USMC, deployed to Afghanistan and a couple other places around the world. Afterwards I started contracting as a PMC in “Hot Spots” around the globe. I’m very open about my experiences in both, so if you wanna ask GO FOR IT! I currently live in North Carolina with my long-time Girlfriend and 120lb German Shephard “Arrow”. I started streaming literally just for the fun of it. The fun of creating my own content, my own community. I am a very avid supporter for mental health and am in the works of trying to put together a podcast for support of such. 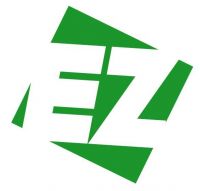 I’m a bit of a joker, love messing about and being silly on stream sometimes – gotta have some fun. Started streaming as I thought it would be a great avenue to talk and meet great people from all parts of the world.They can expect me to chat back – the key thing for me is to know they have a good place to hang out and not just have someone sat there ignoring them – it’s all about the interactivity. I play mainly shooters in the vein of Apex and soon to be MW but will do story modes at some point too. 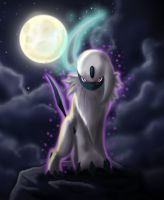 I’ve been a gamer for most of my life, almost 20 years. I had my start on Pokemon Sapphire and I was hooked. I’ve found myself constantly coming back to RPG’s, probably because I’ve always enjoyed a good story. Even games like Call of Duty, I played the campaign more than the online matches. So after many years of playing these games, my streaming friends convinced me to get started streaming myself. The reason why I started streaming though is because I feel there are some games that don’t get the attention they deserve, whether their new, old, story-driven, or not. One of my favorite games is such a one: Dragon’s Dogma. Though Dragon’s Dogma has a close-knit community around it, that’s it, just the community. I want the world the see the gem that this game and many others are or could be. Too many are overlooked, in my opinion, because the next Call of Duty or some other big-name series has everyone enthralled. I want people to be able to pick-up a game not because it’s part of a big-name brand, but because it is an enjoyable game. That’s the reason why I play games other than just RPG’s. A different experience, broadening your horizon, whatever the reason, there’s always a game that is deserving of some attention. This is why my streams are so varied; I may be playing TES: Oblivion one day, then the next I’m playing Forza Horizon 3. While my streams may focus on RPG’s, there will always be outliers. One other reason why I stream is because despite how shy I am, I actually like interacting with people. The expression of ideas breeds creativity both for myself and those I interact with. I look forward to sharing my ideas and from gaining new perspectives from others. In short I stream because I think it’s fun, and I want others to have fun as well.
Here is the link to my primary streaming medium: 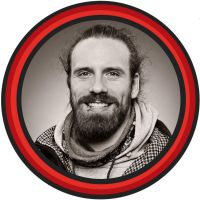 Hey, my name is Andreas and I have started my stream one and a half months ago. I almost reached affiliate in that time. Only a few followers needed (1-3 additional). I am a former engineer who found his inner compass and I try to follow it. My dream is to become a voice actor and also stream on professional level. I am also building a YouTube channel in addition to the other parts of my new career.  Have a look at everything by yourself. I am grateful for every feedback I can get!

P.S. I forgot to mention that I am from Germany and most of the time I stream in German. I also do my YouTube videos in German. However, if someone’s talking English in the chat I answer with my finest English I can bring up in that moment

I stream a variety of games but tend to lean towards FPS and story based. I love a good story in a game that draws you in and gets you immersed in the world. I tend to keep my camera off most of the time so that it doesn’t pose a distraction and take away from the game experience. I’m a mom to a 2 year old autistic little boy so there’s a lot of me talking to him during streams and him reacting to the game. I have a schedule of 8pm-Midnight EST Tues-Sat and various times on Sun and Mon which are my days off. I love the gaming community, streaming, and interacting with the game and my audience. 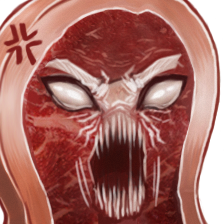 Hey, you come here often? My name is Mediumraresteaks and we only enjoy the most jucy content. I stream to bring people together who enjoy good food and want the best in life. My stream ranges from food rants, to fitness advice, to sexual jokes. I started streaming to entertain the masses in my free time. I’m a chef and ex bodybuilder so I have a inkling of knowledge on what works if you want to chat about it. I also like to rant on subjects like what conspiracy theories are garbage and what health trends are trash. Come get me riled up so I can rant on nonsense! I hope you like sexual innuendos!

Watch live video from mediumraresteaks on www.twitch.tv
Share Feedback We Want to Hear From You